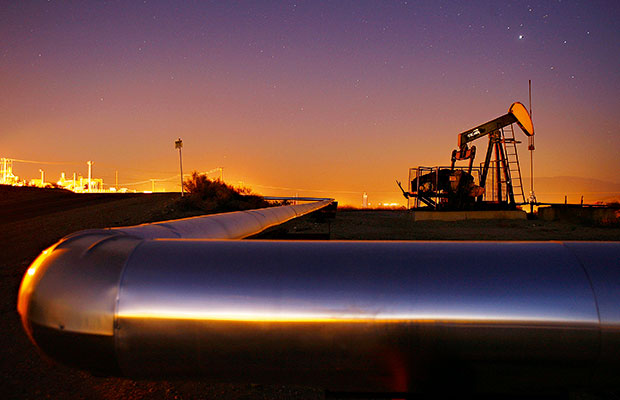 A pump extracts crude oil in Taft, California. Calls to end a 40 year ban on crude oil exports are getting louder but there are still environmental concerns to be considered

When, in June, the US Commerce Department gave the go-ahead for Pioneer Resources and Enterprise Products Partners to flog an ultra-light form of crude oil to international buyers, the market celebrated the end of a 40-year-long ban on unrefined exports. Within hours of the announcement, reports circulated about the beginning of the end for the 1975 Energy Policy and Conservation Act and industry names took to speculating about what benefits the revised stance might bring for the economy.

Analysts, however, calmly informed over-excited parties that the policy signalled nothing of the sort, and equated instead to a minor change in commodity classification. “There’s really a lot of confusion about what this means,” said Thomas Pugh, a Commodities Economist at Capital Economics. “What they’re doing is clarifying what they mean by ‘refined’.” And while the development cleared the way for an additional 20,000 barrels a day, the ramifications were noticeable only to those in the industry.

That being said, the development does bring to mind the underlying reasons for the ban’s instatement and whether the founding principles still hold true in the much-changed energy market.

“The time has come to end the long debate over national energy policy in the United States and to put ourselves solidly on the road to energy independence,” said Gerald Ford at the time of signing the policy on December 22, 1975. However, 40 years on, although recent changes to the US hydrocarbons business have boosted the country’s standing in the global energy market, this is in no way attributable to the export ban.

The ban was introduced after the Arab oil embargo of 1973 triggered a spike in global oil prices, and led policymakers to create a means of insulating the US from an often-volatile crude market. The end goal of the ban was to ensure the country harboured sufficient reserves to limit its exposure to sudden and unseen market changes. The reasons for the policy’s instatement make sense, but critics have labelled the ban contrary to the logic of a free market economy and an unnecessary obstacle for domestic producers.

The ban has actually resulted in progressively steeper declines in crude exports since its 1975 introduction. Whereas, in 1980, limited crude oil exports peaked at 104 million barrels, the number, as of last year, has plummeted to 43.8 million, leaving the country with vast stockpiles of crude stored in selected reserve sites.

Distorted market
The benefits of the ban make less sense when considered alongside an industry starved of vital export opportunities. With a shortage of domestic buyers and lack of adequate  infrastructure to facilitate supply, producers are left with little option but to either bury what they’ve produced or offer fuels at artificially depressed prices. Whereas exports of refined petroleum have soared, the ban on crude exports could leave the country with a glut of unrefined crude, should the extent of oversupply grow at quite the same rate it has done previously. And while the prospect of lower prices at the pump is beneficial for consumers, US fuel prices are dictated by the global market, leaving domestic producers out of pocket and the market distorted.

“Just as some have suggested that we should not export natural gas, but should exploit this domestic resource at home, there are those who would apply the same argument to the increasing domestic production of crude oil,” says Mark Barteau, Director of the University of Michigan Energy Institute. “The petroleum market is global, and introducing local wrinkles merely invites local distortions to circumvent them.”

Discussions about the effectiveness of mounting crude stockpiles have gathered momentum. The facts make for a convincing case against the ban: domestic oil production has risen even as consumption has fallen, and the mismatch between supply and demand has served to exacerbate the disconnect that exists between export policy and reality. “In respect to export restrictions, it does not make a lot of sense to distinguish crude from refined products, from liquefied natural gas, or from natural gas liquids,” says Barteau. “With increasing domestic production and decreasing imports, the incentive to do so for political appearance should also diminish.” A recent IHS report claims lifting the restrictions would not only increase domestic oil production, but lower fuel prices and support an additional 964,000 jobs. “The 1970s-era policy restricting crude oil exports – a vestige from a price controls system that ended in 1981 – is a remnant from another time,” says Daniel Yergin, Vice Chairman of IHS. “The United States has cut its dependence on foreign oil in half since 2005 and its production gains have exceeded that of the rest of the world in recent years. The economic contributions of this turnaround have been substantial. Allowing the free trade of oil would expand those gains for consumers and the wider economy.”

Why change?
The supposed benefits of lifting the ban, however, are still only a matter of guesswork – but what’s increasingly clear is that the policy is inhibiting profitability among the market’s major names. Central to the debate is the fact the American crude business has not only become economically viable but highly profitable. As long as the ban remains in place, domestic players will seek to have the bill – and so their profits – lifted.

The argument is a compelling one, but one consideration that barely factored into the ban 40 years ago is the environmental implications of deregulating the crude oil business and granting producers free reign when exploiting international exports. Studies show that those in the business often overstate shortages in domestic custom, and that releasing the shackles on crude exports would serve only to boost profits for producers and increase the already sky-high rate at which known reserves are being exploited. Policymakers mustn’t forget the importance of mitigating climate change over appeasing major oil players, whose consideration for the environment is secondary to profit-making by way of fossil fuel consumption.

Understandably, leading industry names will continue to pile the pressure on policymakers, though the decision to uphold the ban and focus on meeting agreed-upon climate change targets should be applauded, not derided.