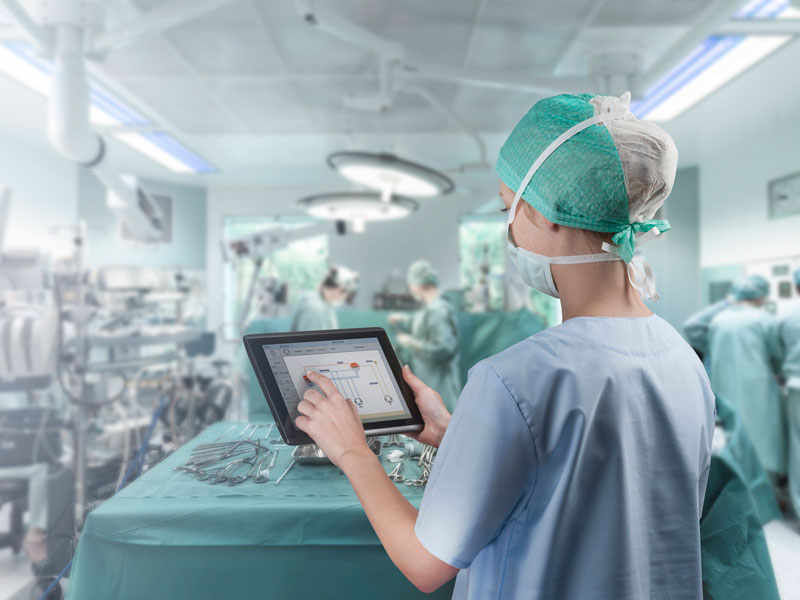 While the healthcare industry has greatly benefitted from technological innovation, side effects, ethical dilemmas and a whole host of other issues have to be evaluated carefully when lives are on the line

From X-rays to organ transplants, the field of healthcare has benefitted from a number of vital innovations over the years. Understandably, however, this is also an industry in which it’s not always easy to adopt new solutions.

Side effects, ethical dilemmas and a whole host of other issues have to be evaluated carefully when lives are on the line. Even though it might take a little longer compared with other industries, the health sector has no shortage of technological advances in the pipeline.

In recognition of World Health Day on April 7, The New Economy takes a look at five of the most promising healthcare innovations.

Gene therapy
Gene therapy is an experimental treatment whereby new genes are inserted into a person’s body to replace or deactivate malfunctioning genes. As well as targeting diseases such as Parkinson’s and cancer, gene therapy also offers a potential cure for hereditary disorders like degenerative blindness.

Although encouraging, it must be stressed that the risks involved with gene therapy are not yet fully understood. Regulations surrounding the treatment are strict in many parts of the world and ethical concerns will prove to difficult to shift for a procedure that is essentially meddling with the building blocks of life.

Still, these hurdles have not prevented some ‘biohackers’ from taking matters into their own hands. There have been several documented cases of individuals injecting themselves with unregulated gene therapies in an effort to treat currently incurable diseases.

Virtual reality
Virtual reality seems to be perennially on the cusp of hitting the mainstream without quite managing to make it over the line. This is also true in the healthcare industry, where VR applications are being explored all the time, even if they’re not yet available at your local GP.

Although virtual reality has the potential to treat a broad spectrum of conditions, recent applications have focused on the technology’s psychological benefits.

For example, VR headsets are already being used to treat patients suffering from anxiety or stress-related disorders by creating an environment that safely exposes them to their anxiety triggers. The same approach has also shown promise when used on individuals with dementia or autism.

With the global augmented reality and virtual reality healthcare market forecast to be worth $5.1bn by 2025, there may be many more potential applications still to be discovered.

Immuno-oncology
From the moment that Edward Jenner administered the first smallpox vaccine in 1796, doctors have used the body’s own immune system in the fight against disease. However, because cancer cells are able to adapt and ultimately evade immune system responses, immunotherapy has not been widely used as a form of cancer treatment.

In recent years, however, major advances in the understanding of T cell checkpoints – molecules used to shut down the immune system’s white blood cells – have created a renewed interest in immuno-oncology.

Since 2015, there has been a significant increase in the number of immunotherapy drugs approved for cancer treatments. In fact, a report by GlobalData published last year predicted that immuno-oncology would become the fifth pillar of cancer treatment, alongside surgery, radiotherapy, chemotherapy and other targeted treatments.

Chatbots
Although chatbots are most often associated with frustrating attempts at customer service, they have recently been employed to improve people’s mental health. Woebot is a therapist unlike any other: accessible 24 hours a day online or via smartphone.

Created by a team of scientists, Woebot employs a “combination of natural language processing, therapeutic expertise, excellent writing, and sense of humour” to reduce depression and anxiety.

Although Woebot may not be able to take the place of psychiatrists or counsellors yet, that doesn’t mean it’s without merit. Many people remain unwilling to open up about their mental health issues and others simply don’t have the money to pay for professional support.

Woebot isn’t meant to replace existing professional channels, it simply aims to provide an additional resource for its users when in times of need.

Artificial intelligence
Lately, it seems as though the debate surrounding artificial intelligence is mostly focused on negatives – notably, job losses and killer robots. Amid all the scaremongering, it shouldn’t be forgotten that AI offers a number of benefits, including many in the healthcare sector.

Viz.ai, a company based in San Francisco, has created an AI system that can analyse medical imaging to deliver faster and more accurate diagnoses for stroke patients.

Using deep learning algorithms to analyse brain scans automatically, the technology then passes images to the relevant specialists, who in turn initiate the next stage of the patient’s care programme. For stroke victims, as with many other medical situations, time is of the essence. By speeding up specialist intervention, artificial intelligence could save a life.