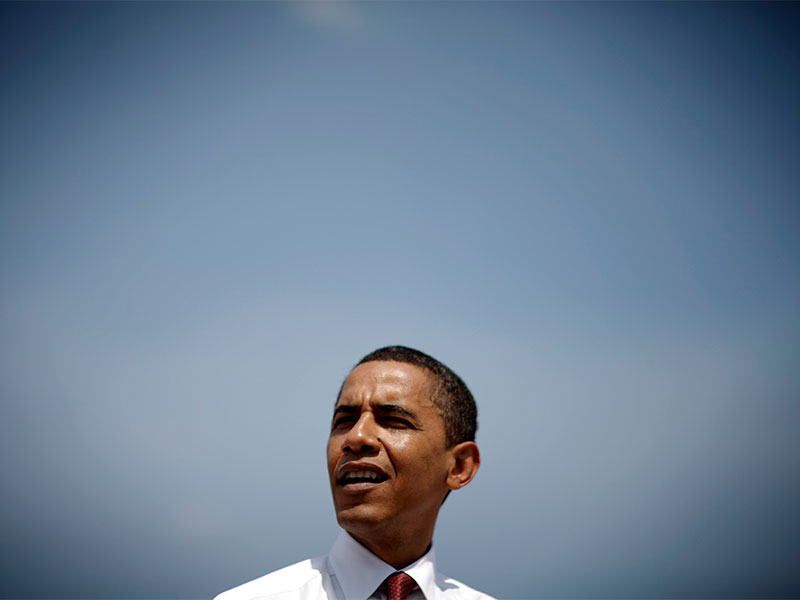 For all that’s changed since the advertising boom of the 50s, marketing is still an imperfect science. The arrival of the internet, and with it big data and targeted advertising, was supposed to herald a new golden age for advertising, but so far many brands remain in the dark about how best to use these new tools. However, one industry in which digital advertising seems to have found a natural home is politics, with recent surprise election victories for candidates who invested heavily in online marketing suggesting firms may have something to learn from what is going on in political advertising.

While the traditional advertising media of television and billboards trumpet announcements of a new product far and wide, this approach is the marketing equivalent of taking an iron sledgehammer to a walnut shell. It gets the job done, but the potential customer base for most products is only a small slice of the batch audience who end up seeing the ad. Money used to advertise to the remaining chunk, who have zero chance of buying it, would be better spent elsewhere.

The ideal solution is to show adverts for a product only to the subset of people who would likely want to buy it, and this is exactly what online advertising was supposed to help brands do. However, so far, despite spending increasingly large portions of the advertising budget on digital channels, many firms struggle to unlock its benefits.

Since digital advertising uses the personal data that is the debris of the internet explosion, it is a relatively new concept

Big data, big potential
Since digital advertising uses the personal data that is the debris of the internet explosion, it is a relatively new concept, but due to its massive potential universities have been quick to develop courses to teach it. As a Professor of Marketing at DePaul University in Chicago, Bruce Newman teaches one such course. He is also well versed in digital advertising in politics, having authored a book on former US President Barack Obama’s campaign techniques.

Newman described how companies have struggled to master digital advertising: “Because the digital world is so fragmented with noise and misinformation and ‘fake news’, brands struggle to get across a message in a digital way that resonates with customers.”

Fresh personal data is spawned every time we visit a website, send a message, or make a purchase online and, as we spend greater portions of our day roaming the internet, our data trail proliferates. Tech firms harvest this data and sell the fattened product on to companies for advertising purposes since, like lots of tiny pixels merging to form an image, the aggregation of many data points forms a valuable profile of each user’s likes and interests.

Armed with all this data, Newman described how companies can tailor advertising specifically. A firm can “create a segment of the brand going to each individual, as opposed to what was done 30 or 40 years ago with one commercial on television going to millions of people,” he said.

The ability to curate adverts by customer is not the only benefit of internet marketing. The way people interact online could also make advertising much more efficient.

The ‘bubbles’ of like minded people that form on social media are usually discussed as an unpleasant facet of online life, keeping everyone sealed in nice cosy echo chambers, safely insulated from any opposing views. However, they could be very useful in advertising; as far back as 2012, computer scientists studying network effects realised messages spread far more quickly in bubbles, since like minded people are inclined to share each other’s content. Embed an advert in the right online article and consumers will do the work of circulating it to their friends, and so the walls of a thought bubble on Facebook or Twitter can make for a much cheaper, more effective, screen on which to advertise than a billboard or television.

Bad ads
However, despite all the potential of the virtual world, in reality digital advertising is often still done very, very badly.

Evan Neufeld is head of Intelligence at L2, a New York firm that specialises in research into the effectiveness of digital marketing. He attested to the unfulfilled potential of data. “We talk a big game about targeting but at the end of the day Amazon perpetually sells me crap I already bought. The reality of it is we’re at this very early stage where a lot of targeting is not very good,” he said.

Badly used data leads to badly spent advertising dollars and, as Neufeld pointed out, can have very counterproductive side effects. “If I’m looking at something on Amazon and I go to The Wall Street Journal and it appears again, a lot of people have no idea what that’s about and it freaks them out… Nothing stinks quite so much as bad targeting,” he said.

Political affiliation is easier to extract from the type of articles you consume and share than, say, your preferences for shoes.

Overt targeting creates a negative association with the brand, since most people find it invasive, according to Neufeld. “The number one thing people are concerned about is their privacy. Apart from Millennials [that is] – they have a very different bar about privacy online, they don’t think they’re going to receive a lot of privacy online,” And Millennials, with their heightened sense of individuality and lack of brand loyalty, create their own set of problems.

The politics of data
One field where data is being used impressively is in political campaigning. Micro-targeting (the practice of identifying a voter’s key areas of policy concern and directing advertising to address it) has come to define campaign policy. This is true for traditional advertising also, since digital data is used to decide how to allocate billboard and TV spend geographically.

Newman described how Obama’s campaign team pioneered this practice for his 2012 presidential run. “What the Obama people did was they collected data on thousands of variables for individuals, and created statistical models that forecast the likelihood a person would cast a ballot for Obama. Hence they could identify a particular area with people who fit the profile of an Obama voter. The logical choice says take the advertising dollars [spent] both on television and digital and target those areas where those people live,” he said.

Other high profile political examples that used micro-targeting include the recent successful campaign to have the UK leave the EU, Donald Trump’s US presidential run, and Emmanuel Macron’s bid to become President of France. In the recent UK elections, the Labour Party attained a much more positive result than expected after reportedly outspending the Conservative Party on digital advertising. According to Newman, Labour were probably successful in part because they “were able to determine that young people didn’t take the opportunity to cast a ballot in the Brexit referendum and they leveraged that information and targeted young people through Facebook, encouraging them to vote”.

While political affiliation correlates neatly with choice of online articles and friend circles, consumer choices usually do not

Arguably, then, part of the reason digital advertising works better in politics than other industries is because political affiliation is easier to extract from the type of articles you consume and share than, say, your preferences for shoes.

New data, old problems
Despite the imperfections of digital advertising, companies continue to spend high sums on it, at the expense of traditional methods. “If you look at the advertising dollars that have been spent worldwide in the last 20 years it’s kept up with the cost of living. What has happened is venues like print and TV have seen decreased allocation as more of that money has flowed to digital so it is very much a kind of Peter steals from Paul to pay for digital advertising,” said Neufeld.

As Neufeld pointed out, partly this is a numbers game. To take a TV example, since now ”Netflix has more subscriptions in the US than cable, advertising dollars go where the people are,” he said. This has seen the hollowing out of media industries that relied on advertising for revenue.

However, while at first glance the advertising industry seems to have changed along with media, scratch the surface and it is clear this follows a pattern. “The top ten agencies for the era of radio in the 20s, print in the 30s, TV in the 40s and 50s, and cable in the 70s and 80s have changed, so this has a historical precedent. An agency that’s great at doing a 15 second branded TV spot is not going to be great at digital,” Neufeld said.

It seems that while it was tempting to see data as the new dawn, the industry remains fundamentally unchanged – all the data in the online world is no substitute for a good advertising strategy. Companies can learn from how political campaigning carefully mines useful data, but it is important to remember that while political affiliation correlates neatly with choice of online articles and friend circles, consumer choices usually do not.