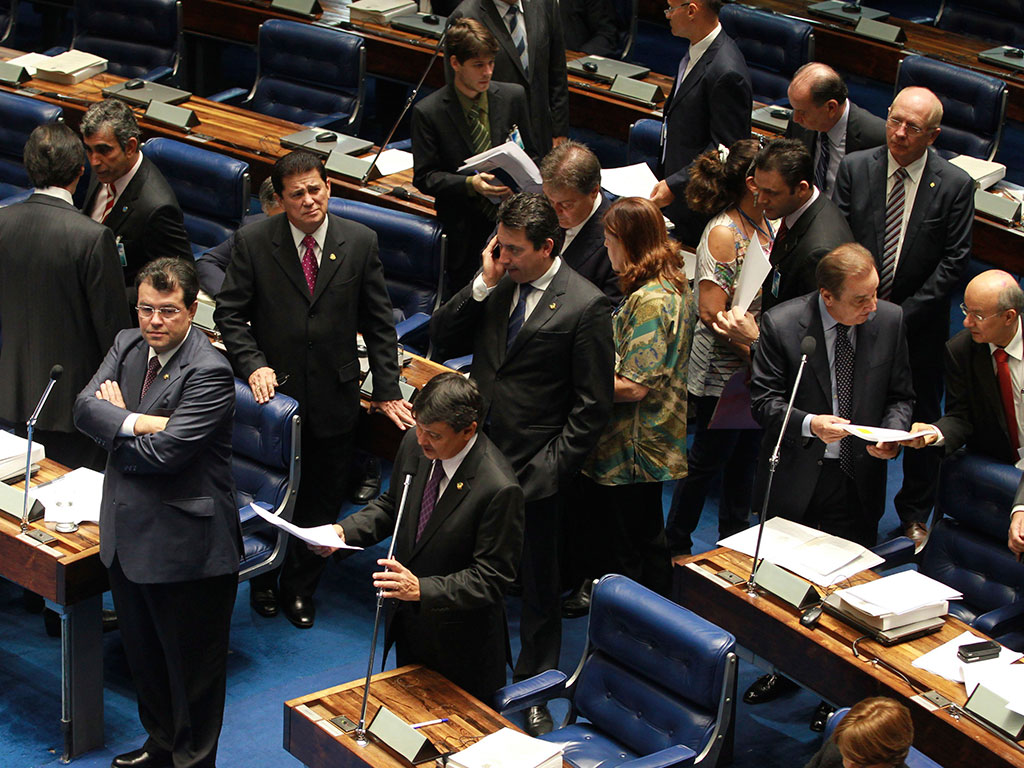 Last week the Brazilian senate quietly passed a hugely controversial bill approving the use of GM crops known as ‘suicide’ or ‘terminator’ seeds. The use of these sterile seeds that produce crops that die off after one harvest has been largely condemned internationally and a moratorium on their use has been in place since 2000. Brazil is the first country to formally approve the use of such seeds.

Genetic use restriction technology (GURTs) – the formal name for suicide seeds or terminator technology – was developed under a cooperative research collaboration between the US Department of Agriculture, the Agricultural Research Service and private companies in the 1990s.  It has not been widely available commercially until now. According to the World Seed Federation, a lobby group that represents the interests of the global seed industry, research suggests that suicide seeds are a way to help protect “intellectual property rights” of plant breeders who develop new plant varieties. “Where effective intellectual property rights protection systems don’t exist or are not enforced, GURTs could be an interesting technical alternative to stimulate plant-breeding activities,” they wrote in a release in 2003.

They add that terminator seeds can aid “farm management” as they ensure the weather conditions during harvest do not result in poorer quality grain and would reduce the propagation of volunteer plants that grow amid crops and can cause problems for large-scale mechanised farming systems.

If this bill goes through, it would be a disaster. Farmers would no longer be able to produce their own seeds

Large-scale benefits
In essence, terminator seeds would be well suited to increase the efficiency of large-scale farms that could right off the cost of having to buy new seeds each year.

Traditional farming methods generally adopted by small-scale producers and indigenous populations usually rely on preserving a portion of each harvest to replant the following year, limiting the market for new seeds. One harvest creates the next in an enduring cycle.

Today, if a farmer wants to plant a particular type of crop, they could buy some seeds and – in theory – keep growing that one crop forever.  So the seed manufacturer, having probably invested many research dollars into developing that hybrid, faces a very limited market for its product.  If farmers only have access to terminator seeds, they will have to come back for more each year as their crops die out after each harvest. A handful of companies – Syngenta, Bayer, BASF, Dow, Monsanto and DuPont- control over 60 percent of the seed market in the world today.

In 2000, 193 countries signed the UN Convention on Biological Diversity, which included a moratorium on the use of these seeds. But the Brazilian agricultural lobby, a powerful political presence in the country, has long since fought for the right to sow these seeds to propagate certain non-food crops. They argue that by using this technology they will ensure that no second generation GM traits spread to native plants. But the economic implications of the use of these seeds could be tremendous, especially in a country like Brazil.

One country, worldwide implications
“Brazil is the frontline. If the agro-industry breaks the moratorium here, they’ll break it everywhere,” Maria José Guazzelli, of Centro Ecológico, which represents a coalition of Brazilian NGOs, told The Guardian. “If this bill goes through, it would be a disaster. Farmers would no longer be able to produce their own seeds. That’s the ultimate aim of the agro-industry,” she said before the vote.

Internationally, environmental groups have been up in arms about the decision because of Brazil’s heavyweight presence in the global agro-business. In the 1990s, massive protests by Indian, South American and southeast Asian small-scale farmers was enough to suppress the use of these technologies and seed manufacturers had to shelf their plans. But now GM crop producers can argue that environmental pressures make GM crops a necessity.  It is this line that legislators in Brazil appear to, or are pretending to, have bought, and that will ultimately threaten the livelihood of farmers all over the world.