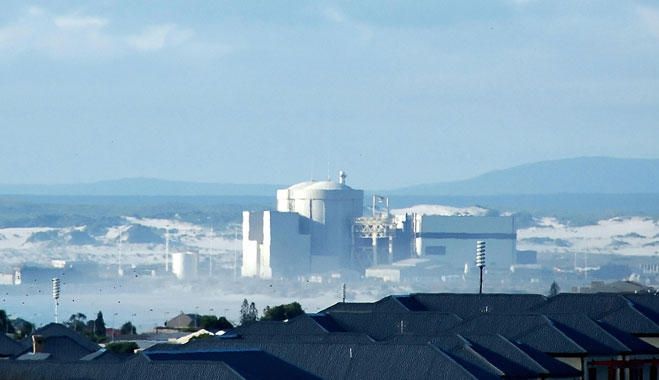 Part of the South African economic recovery involves increasing the availability of electricity throughout the country so that businesses have the basic component of modern life available to them. As part of the vision, the country has created an Integrated Resource Plan (IRP) that was outlined in 2011 with medium- and long-term goals for the expansion of the electric supply in the country.

As a nation with little in the way of hydropower generation possibilities, the IRP outlines the potential for wind and solar generation, some of which has already begun or is under construction. Although deemed a controversial choice for many countries – particularly after the events at Fukushima – nuclear power remains a viable energy option. The South African IRP outlines a plan to bring 9.6 GW of new nuclear capacity online by 2023.

Currently, the country generates five percent of its electricity through two nuclear reactors (Koeberg 1 & 2).  The Nuclear Energy Corporation of South Africa (NECSA) serves as the “anchor for nuclear energy research and development and innovation,” according to the country’s finance minister.

A Revised Draft Environmental Impact Assessment was submitted in May last year regarding location possibilities for the new reactors; Thyspunt was the site proposed, but with a few conditions. Among these conditions is recognition that the location is identified as a “Cultural Landscape” and excavation permission is still pending from the South African Heritage Resource Agency. Two cooling water disposal alternatives exist that need to be evaluated and a new transport route has to be built that will accommodate the heavy machinery and loads associated with the site. However, none of the issues raised in the Environmental Impact Assessment appear to be issues that can bring the proposal to a halt.

Since Japan’s Fukushima power plant partial meltdown, concerns have been raised regarding the overall safety of nuclear power. One of the more vocal opponents has been Kyle Thiermann, filmmaker and pro surfer, who has concerns about the “massive amounts of sand” that will be moved into the ocean, which he feels will decimate the squid industry in that location. Another concern voiced by Thiermann is that wave quality may suffer.  Jeffrey’s Bay hosts surfers from around the world, and if the ocean floor changes, so may the waves.

The government has not commented on details about the proposal. Energy Minister Dipuo Peters said recently “no directive has been given on the issue of the nuclear programme.” She also said that the Environmental Impact Assessment is still being considered and no decision regarding either the Assessment or a final location for the plant has been made yet.

For now, the differing outlooks regarding nuclear power are making their points known.  Economic independence, jobs, environmental considerations and tourism will all factor into the eventual decision, but the official announcement is still forthcoming.