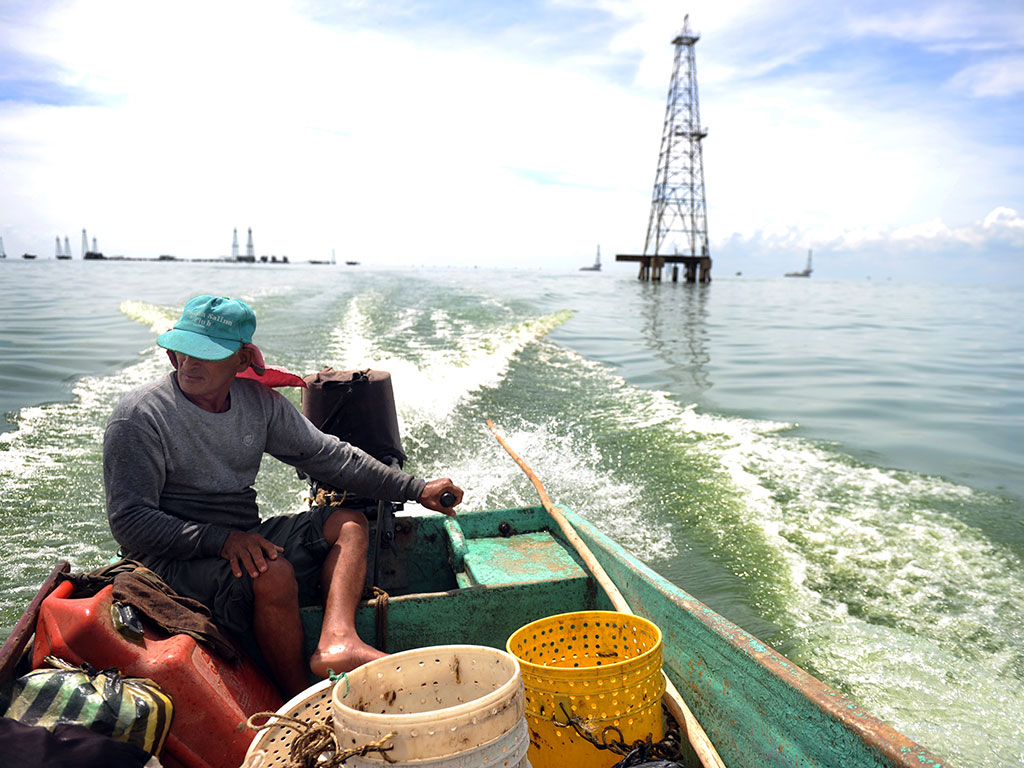 A fisherman steers his boat past an oil tower on Maracaibo Lake in Venezuela. Though their country is one of the largest exporters in OPEC, Venezuelan officials have been calling for production cuts since 2015.

The oil ministers of OPEC’s two largest exporters, Venezuela and Saudi Arabia, met in Riyadh yesterday (February 7) to discuss a cut in oil production. The meeting was described favourably by the two producers, with Saudi Minister of Petroleum and Mineral Resources Ali Al-Naimi calling it “successful” with a “positive atmosphere”, while his Venezuelan counterpart, Eulogio del Pino, said the meeting had been productive. However, no clear agreement on production was reached (or at least announced to the public).

Since 2014, the price of oil has fallen by roughly 70 percent

Since 2014, the price of oil has fallen by roughly 70 percent, floating at around $30 a barrel for most of 2016. Venezuela, along with other poorer OPEC members, has consistently raised the need for action on oil prices. As far back as August 2015, Venezuela called for an emergency meeting between OPEC producers and Russia to discuss a production cut. The Saudis, however, have been wary of scaling back production without getting non-OPEC producers on board first for fear of losing market share without seeing a significant price increase.

The Saudis, following the talks with the Venezuelans, did not address the call for an emergency OPEC meeting. However, recent talk of a potential meeting between the Saudis and the Russians to discuss a deal may make the prospect of getting Russia around a table with OPEC producers more likely. However, as a result of past failures to follow production cut agreements, the lack of trust among OPEC members – and between certain OPEC producers and Russia – still presents a significant obstacle to any deal being reached.