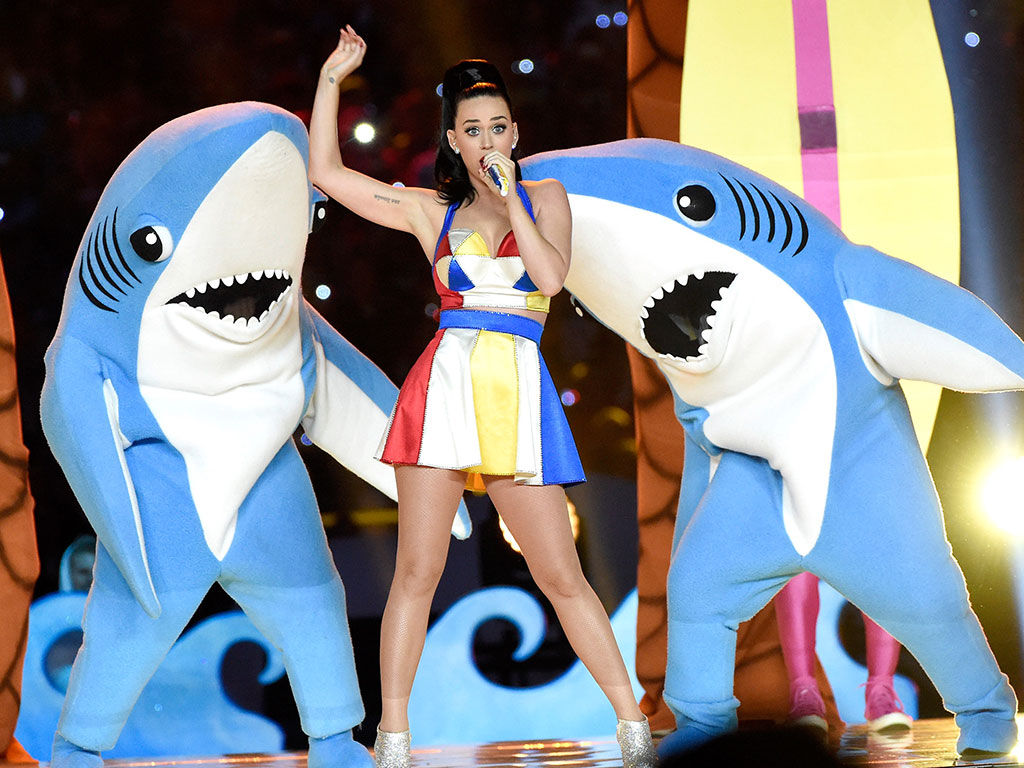 Katy Perry performs at the Super Bowl XLIX halftime show in 2015. An average 30 second ad slot during the match cost $4.5m, but most people watched the adverts online.

Super Bowl 50 kicks off this Sunday and, for a long time now, the event has been as synonymous with big branding as it has been with the NFL. Big brands spend $5m a piece for each of the 30-second advertising slots.

One of the most famous Super Bowl ads was Coca-Cola’s 1979 classic starring Pittsburgh Steelers defensive tackle “Mean” Joe Greene. The commercial won a Clio Award for being one of the best of the year and is considered one of the best of all time by industry experts.

For years, big name brands have tried, and sometimes failed, to emulate the success of adverts such as Coca Cola’s, spending millions of dollars to premiere their commercial during the coveted half-time Super Bowl slot.

But advertisers and brands are beginning to question whether they are getting sufficient bang for their buck. Despite over 114m people tuning in to watch Super XLIX last year, the majority watched the ads online, rather than during the half-time slot.

Despite over 114m people tuning in to watch Super XLIX, the majority watched the ads online

“Consumers, on average, watch more than five hours of video per day, making video the single most popular media activity”, said Christoph Pleitgen, Senior Vice President of Sales and Business Development, EMEA and APAC for Wochit, a video creation platform that helps brands capture and expand their audiences. “In addition to this, video advertising is starting to seriously threaten this status quo and is considered to be just as, if not more, effective as TV advertising, at a fraction of the cost.

“Ever since Oreo monumentally stole the online show with their simple ‘Dunk in the Dark’ Super Bowl stunt, other brands have been scrambling to follow. Many will forgo the huge costs associated with a paid-for Super Bowl ad slot and instead put their budgets and efforts into ensuring they are ready to grab public attention with responsive video content, based around the game.”