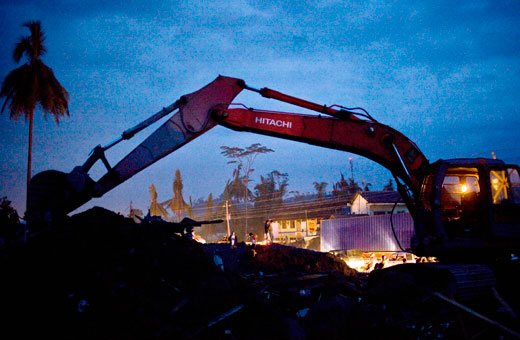 Infrastructure is critical to a country’s health and prosperity. As construction can cost millions or even billions, they are most often undertaken by government entities, but that is not always the case.  Especially during difficult economic conditions, smaller cities and towns may opt to charge the residents for the cost of improvements by levying a Local Improvement District or LID charge that is assessed for each household.

Asia’s economy is booming, but without infrastructure funding, the continent’s ability to get goods and services delivered will suffer. Because funding from the government cannot keep up with the required improvements, Asians are turning to other sources to help finance the approximately $200bn needed each year to draw business and tourism to the area.

China, for example, has utilised its banking system to provide infrastructural funding for large projects via domestic savings, obtaining loans at low rates from those banks large enough to broker them, or by combining multiple loans from a variety of smaller banks to create the required package. The infrastructure project is then not only fully funded, but the bank or banks involved add stability to their bottom line. India’s spending on infrastructure is rising, but remains at only about five percent of GDP. Its governmental ability to fund the massive amount of infrastructure improvements needed to keep the economic engine going is simply not sufficient. India has created a Special Purpose Vehicle (SPV), which raises long-term monies from both domestically and on international markets. The Indian government guarantees at least a portion of the investments in the SPV, reducing the default risk and therefore increasing the amount of capital that can be raised.

Another option that Asian countries are employing for infrastructure funding is Public-Private Partnerships (PPPs). However, the effectiveness of these creations can vary depending on the country because the company will demand some gain or profit from its investment. If the country has an uncertain or ineffective regulatory scheme, a bureaucratic system that is top-heavy or inefficient, or pricing policies that are not properly incentivised, a PPP will be difficult or impossible to establish.

Cross-border infrastructure needs are also being recognised, and these require even more innovative solutions than do intranational projects. Roads are an obvious cross-border project, but electrical grids and even cellular towers have been proposed. Funding options include a joint-investment bond fund that would be at least partially guaranteed by the involved governments, an Infrastructure Development Fund utilising pooled foreign exchange reserves, and an Infrastructure Financing Mechanism that would increase the financial reserves of the participating countries and strengthen trade and investment between them.

Asia is not the first global region to require infrastructure investment beyond that which the governments can provide. Luckily, it can look to the experiences and best practices of other countries to create a system that will benefit the country, businesses, and all citizens.