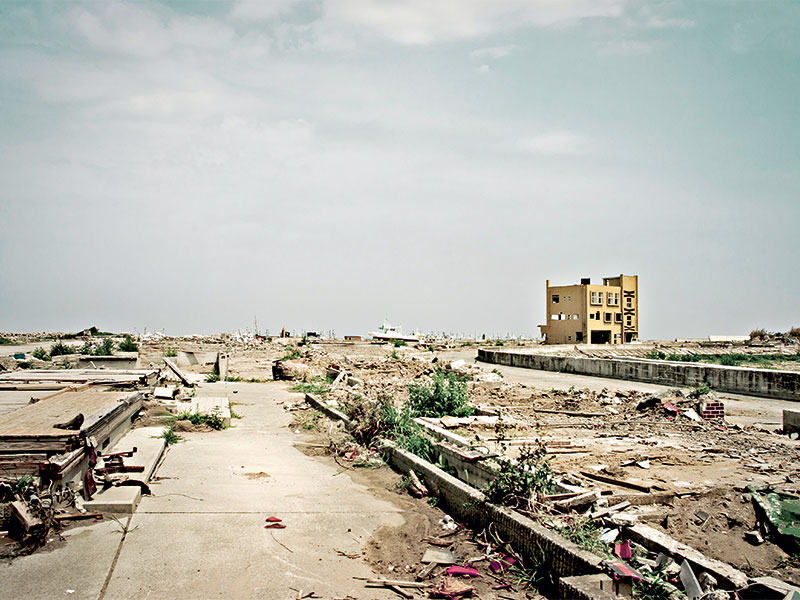 The ruins of Fukushima are now largely inhabitable, but have been left to rot due to somewhat irrational fears about radiation

In March, Tokyo 2020 President Yoshiro Mori announced Olympic baseball would be played at the Azuma Baseball Stadium in Fukushima. Roughly 70km south-east of the stadium is the Fukushima Daiichi Nuclear Power Plant, where in 2011 a major earthquake and subsequent tsunami resulted in the meltdown of three of the plant’s reactor cores.

While efforts to secure the reactors are ongoing, the reconstruction of the communities that once surrounded the plant has become increasingly important. While radiation carries the stigma of an invisible, intangible poison that seeps into all it touches, the risks it poses to both people and produce in the region are largely overstated. Politics and public opinion have shaped decisions that are contrary to what may be the best scientific solution, limiting recovery efforts.

The public’s fear of the effects of radiation, whether founded or not, can shape responses to a crisis

Fukushima in context
The accident at Fukushima was rated seven – the highest possible – on the International Nuclear Event Scale, making it a ‘major accident’. The only other incident to receive such a high rating was the Chernobyl disaster in 1986. In the immediate aftermath of Fukushima, over 100,000 people were evacuated from their homes.

In the time since the event, plenty of work has been done to secure the site, but much more is still needed. Francis Livens, Professor of Radiochemistry at the University of Manchester, said at this point the site could be considered “stable”.

“A lot of the easy mess has been cleaned up, they know what radioactivity is where, and they’re reasonably confident that things are structurally sound enough on a reasonable timescale”, Livens explained. “There’s no obvious thing that’s going to go horribly wrong, horribly quickly. On the other hand, its not OK to say ‘we sorted it, we can walk away’, because they clearly have a lot of fuel debris within the reactors. They’ve got contamination around the place, so it’s many, many years off being sorted.”

The most recent challenge to have emerged at the site is assessing the condition of the nuclear materials within the reactor and ensuring they are secure. The reactor is by far the most radioactive location and remains supremely dangerous. To assess the situation, Tokyo Electric Power Company has been sending in remote-controlled robots, although their success has so far been limited: at least seven robots have broken down while exploring the reactor, suffering problems including getting stuck on the terrain, or having their cameras destroyed by a level of radiation capable of killing a person instantly.

In contrast to the Chernobyl accident, the fuel has more or less remained where it should be. Chernobyl saw the upper shield blown completely off the reactor, dispersing radioactive material into the surrounding area. Livens said the the safety features of the Fukushima plant could be compared to those of a modern car; while it may be crumpled and destroyed at the end of a high-speed crash, if the occupants are safe, it has done its job. “The fuel is, by and large, still in the reactor. So, they have done their most basic safety job. And that’s a good thing; if the fuel had been released in quantity then the accident would have been far worse.”

One such commitment from the authorities was for no contaminated groundwater to be allowed to flow off-site. To meet this commitment, a large number of above-ground water tanks were built to store water on site, and the creation of an ‘ice wall’ – pillars of frozen earth – is underway to stop more groundwater flowing in.

Ambitious and expensive, these defences have questionable benefits. While removing the water from the reactors is necessary, the radiation level it reaches is quite low. Diluting it and releasing it into the Pacific Ocean is an efficient and safe solution, but local fishermen are concerned paranoia of irradiated fish would dissuade anyone from buying their catch.

“You’ve then got to manage everything, and eventually you’ve got to find a way of treating [the water] because of this commitment that’s been given”, Livens said. “That’s a huge amount of energy, effort and resources devoted to something that probably won’t make a blind bit of difference to the overall outcome.”

The greatest health impact from the region is not necessarily from radiation itself, but the fear of radiation

Indeed, rather than radiation, there may be another invisible threat to people living in the region. Professor Geraldine Thomas, Chair in Molecular Pathology at Imperial College London, has visited the Fukushima site a number of times, and said the greatest health impact from the region is not necessarily from radiation itself, but the fear of radiation.

“You’ve got people living in fear that all the awful things people talk about are going to happen to them. This will only increase: fear of cancer and all the rest of it. And, actually, the psychological damage you do to the population is much greater than the actual physical consequences of being exposed to radiation.”

According to Thomas, the effects of radiation on those living near Chernobyl – a far worse accident than Fukushima – were limited: research recorded a marked increase in thyroid cancer in children (already a rare condition) due to iodine making its way into the milk supply. In Japan, the situation is different: the Japanese drink a lot less milk, and people in the area were quickly informed to stay inside or evacuate, massively limiting exposure. Thomas said these precautions will have adequately protected the population. What may be doing more damage are the levels of stress, uncertainty, and economic fallout that have followed the public perception that the site is irrevocably tainted.

Understanding nuclear radiation
Since the Cold War and Chernobyl, any mention of nuclear weapons or power has caused a shudder of fear, and governments tend to respond with a counterproductive degree of caution. Background radiation is literally everywhere, although usually not in doses that will cause specific harm.

“All of us will happily take a paracetamol for a headache”, Thomas explained. “If you take a whole box of paracetamol, you will kill yourself very effectively and there is often no way we can save you from that. We don’t realise we’re all exposed to radiation all the time, and actually
it isn’t doing us any harm.”

The background levels of radiation in the Fukushima area, with the exception of the reactor itself, are now at a level comparable to many other places in the world. As a point of comparison, Thomas pointed to the wild boar that now roam the evacuated areas: “If the boar are doing so well, what’s the problem with humans in there?”

While a long way from the reactor, and more a token gesture than anything, the 2020 Olympics in Japan may alter the average person’s perception that the region is dangerous to even visit. While the surveying and cleaning of the reactor itself will continue for many years, normality must be restored to the region sooner rather than later, for everyone’s sake.