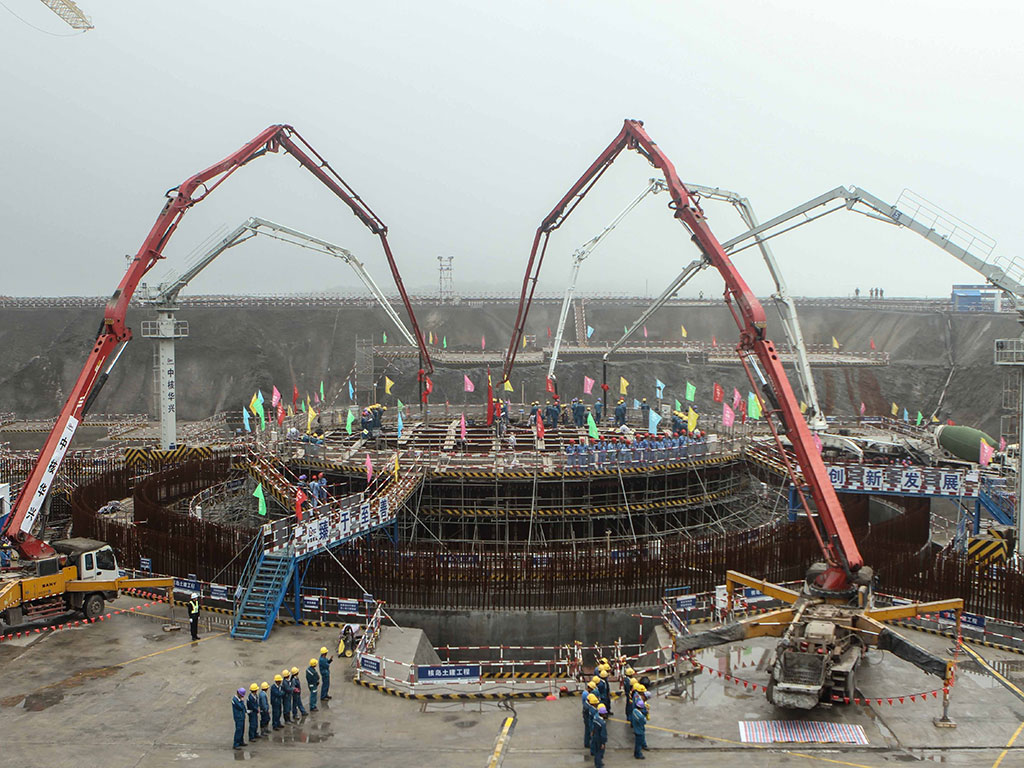 China has started work on a nuclear reactor housed in a floating vessel as part of plans to transform its energy mix. The small, modular, offshore and multipurpose reactor will be the first of its kind worldwide, with construction slated for next year and generation to commence in 2020. Approved by China’s National Development and Reform Commission, General Nuclear’s floating reactors are part of the country’s strategy to develop innovative energy technologies.

Reactors to be built annually

This new type of power plant is but one component of China’s 13th five-year plan, which also includes building more than 100 nuclear power reactors over the next decade. With plans to invest over $100bn, the government aims to construct around seven reactors annually up to 2030. The nuclear power goals for 2050 include up to 400 new nuclear reactors, which could mean over a trillion dollars’ worth of investment. China’s eventual objective is to be the largest exporter of nuclear energy technology in the world.

The strategy is not only to expand in quantity, but also in technological diversity. China will produce reactors of all scales and types: small modular; fast; molten; thorium; and large light-water.

The 200MW reactor that will be used in the first floating plant has been developed to supply electricity, heat and desalination facilities. It can be used on islands or in coastal areas to support offshore oil and gas exploration, to provide power for large industrial parks needing lots of quick base power, or to provide emergency power in case of a natural disaster. The plant is able to move between sites, which gives it logistical benefits, and construction in a factory or shipyard will significantly reduce costs while keeping its environmental impact low.

China’s fast-paced nuclear energy plan is an attempt to change its energy consumption habits. The US Energy Information Administration reported China was the world’s largest net importer of petroleum and other liquids, and, in 2014, was responsible for more than 40 percent of the world’s oil consumption growth. Some 66 percent of China’s energy currently comes from coal.

By 2020, China hopes to derive 10 percent of its energy from nuclear. Already the world’s leading producer of renewable energy, China has partnered with the US for its next-generation nuclear programmes. If the country can overcome the challenges associated with nuclear power, it could significantly transform China’s energy mix.