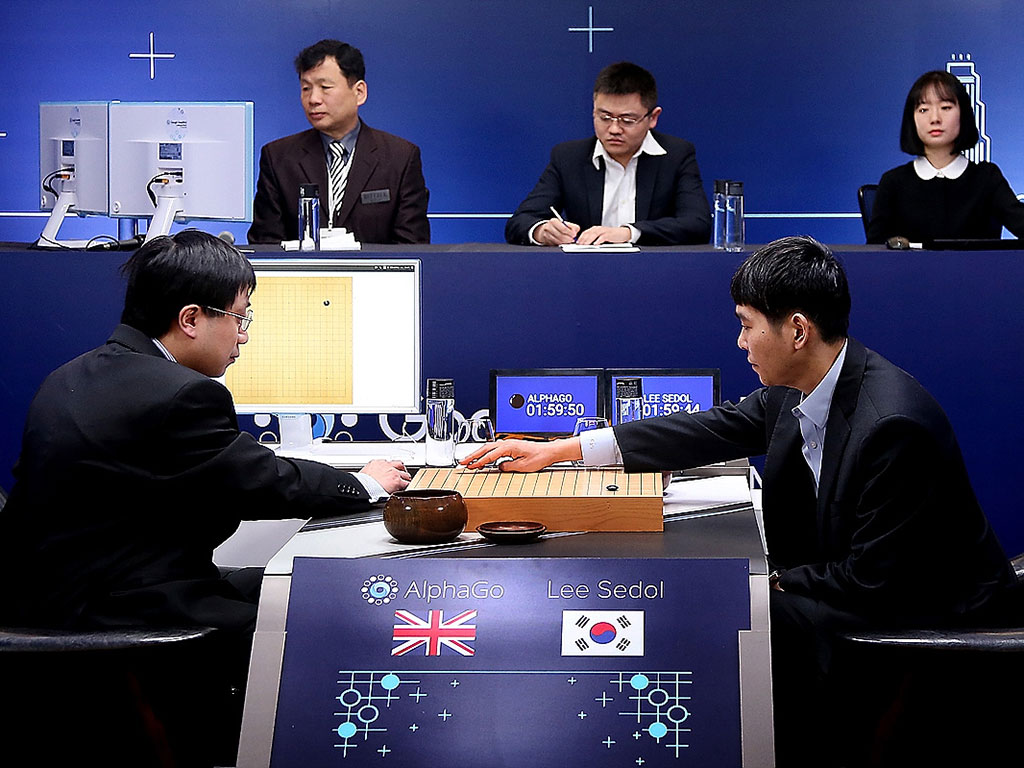 Nine-do Go player Lee Se-dol places his first stone against Google's AlphaGo artificial intelligence. The program would go on to beat Se-dol four games to one

DeepMind learnt the game by playing millions of rounds against itself

AlphaGo won the first three games in the series before the 18-time world champion was able to claw the fourth game back. “Because I lost three matches and then was able to get one single win, this win is so valuable that I wouldn’t exchange it for anything in the world”, said Lee Se-dol. “That’s because of the cheers and the encouragement that you all have shown me.”

The AI finished the series with a win, claiming $1m in prize money, which will be donated to charity. AlphaGo surprised audiences with highly unconventional moves and very few mistakes. DeepMind founder and CEO Demis Hassabis tweeted:

#AlphaGo wins game 5! One of the most incredible games ever. To comeback from the initial big mistake against Lee Sedol was mind-blowing!!!

Board games have provided both a challenge for programmers and a publicity opportunity for companies since Deep Blue beat chess Grandmaster Gary Kasparov in 1997. But developing a program that could achieve a similar feat on the Go board proved a particular challenge.

Very popular in Asia, Go is a 3,000-year-old Chinese board game played by placing stones to control territory on a 19×19 grid. While the rules are relatively simple, the number of moves available to a player at any one time is so large it is impossible to compute all possible outcomes (the method used by chess computers). Given this and the reliance on intuition over predictable strategies by most Go players, many considered a champion-beating program an impossibility. But DeepMind learnt the game by playing millions of rounds against itself and developed the ability to recognise patterns while selectively calculating the best moves. It’s this ability to learn that makes AlphaGo such an achievement.

The software that powers AlphaGo is currently being developed for more practical applications, with DeepMind creating a series of healthcare programs to help doctors and nurses identify patients at risk.