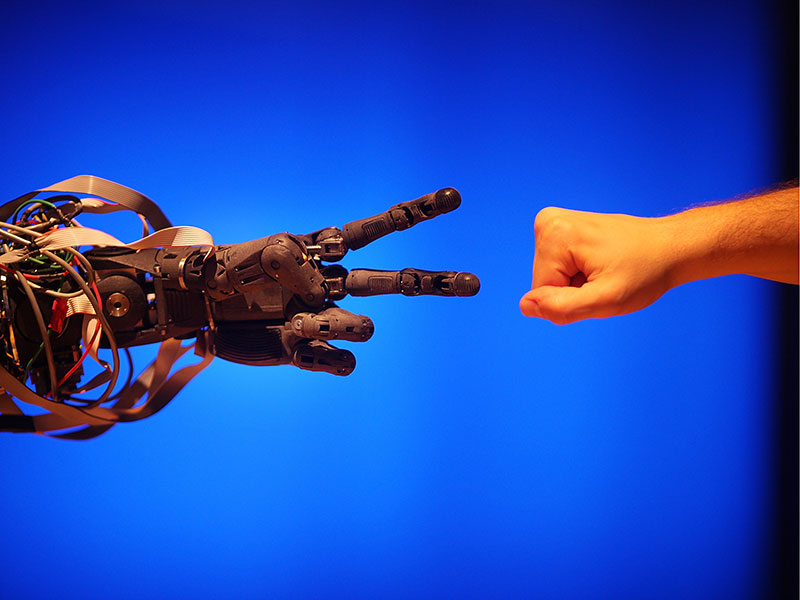 While AI and automation technologies eliminated 800,000 low-skilled jobs in 2017, they also created 3.5 million new ones

Despite the many scaremongering headlines to the contrary, it has long been known automation creates more jobs than it destroys. Just last year, a Deloitte study looking at the impact of technology on UK employment found that AI and automation technologies did eliminate 800,000 low-skilled jobs, but they created 3.5 million new ones. What’s more, the newly created jobs paid £10,000 ($13,550) more, on average, than those lost. Robots are not coming to take our jobs – at least, not all of them.

When it comes to individual occupations, however, fears are not completely unfounded. There may be more people employed in the automotive sector today than there were in the 1930s, for example, but many manual jobs like spot welding and painting are now automated. For the individuals who were pushed out of work, the fact other jobs have been created is of little consolation – particularly if they do not have the skills needed to perform them.

Although it is difficult to know which roles will be lost to automation and which ones will persevere, a University of Oxford study has analysed data from over 700 occupations to come up with a list of jobs that are most at risk from computerisation. You can find the top five below:

For the individuals who were pushed out of work, the fact other jobs have been created is of little consolation

Library technicians
With public sector finances squeezed, it is a lot easier to shut down a public library than a police station or school. However, one way of keeping them open is to replace human staff with a self-service system. This approach has proven particularly successful in many Scandinavian countries, but it does mean the beginning of the end for the library technician.

New account clerks
Duties for new account clerks generally involve answering customer questions, entering information into computers and checking bank records for any errors. Although the personal relationships between clerk and customer cannot be automated, many of the more menial tasks certainly can be.

Tax preparers
Filling in a tax return incorrectly can cost individuals and businesses huge sums of money, so it’s not surprising that a whole industry has emerged offering advice and consultancy regarding tax optimisation. Automation software can streamline this process by integrating revenue streams and outgoings into the tax filing process.