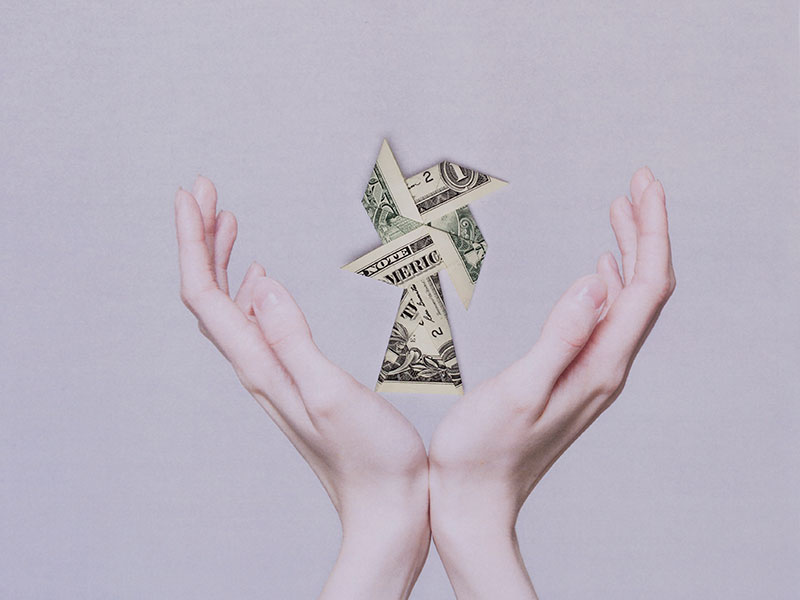 Businesses are embracing the financial perks of sustainability, exploiting the market for green products and saving money by introducing internal, efficiency-boosting nudges

The drive towards sustainable energy solutions and greener production methods continues apace. Even China, the world’s greatest polluter, is taking drastic steps to reduce its reliance on coal through harshly enforced national caps, while the rise of the global electric car industry also signals an intensified demand for sustainable products and business models. These concrete changes in consumption patterns can be explained – to some degree, at least – by ‘nudge theory’.

Nudge theory suggests people are more likely to make beneficial decisions when their choice is simplified, given as a default option or incentivised. Put simply, consumers are more than happy to take up green alternatives when they are made readily available, be it electric cars or recyclable paper.

Consequently, businesses are embracing the financial perks of sustainability, exploiting the market for green products and saving money by introducing internal, efficiency-boosting nudges. Here are six environmental initiatives that could save your business money:

Financial nudging
Nudge theory can effectively drive more sustainable consumer choices. For instance, the use of plastic bags fell by 90 percent after the introduction of a five pence (seven cents) charge in the UK.

Pret a Manger, an international sandwich shop chain, is also hoping to prompt customers to reduce their use of coffee cups this year with the introduction of a 50p ($0.68) discount for customers who bring their own cups to stores.

Although Pret’s coffee cups are made of recyclable plastic and paper, the majority are not recycled due to the difficulty of separating the different elements.

Reducing output is therefore preferable to recycling in environmental terms, and trims down the production cost of all those discarded cups.

Informative nudges
Costs can also be cut when consumers are provided with information at the right time. A study in California found homeowners reduced their consumption by 10 percent after being informed of their neighbours’ consumption levels. Further, when green footprints were painted on the ground leading to bins in Copenhagen littering was reduced by 46 percent.

Businesses have been capitalising on employee responses to readily available information too. In 2016, Virgin Airways, in association with the National Bureau of Economic Research, took part in a landmark study subjecting pilots to nudges over an eight-month period.

The aim was to prompt pilots to increase fuel efficiency by providing personal targets, offering performance information and positive feedback when targets were met. It was remarkably effective, with an estimated 266,000 to 704,000kg of fuel saved.

Nudge theory suggests people are more likely to make beneficial decisions when their choice is simplified, given as a default option or incentivised

Even a fresh coat of paint can reap economic rewards, as Virgin found when ATR 72 planes were given a new polymer coating to effectively reduce drag. Adjustments to its Caribbean flight menu also save 100 tonnes of palm oil per year.

Of course, avoiding oils associated with deforestation doesn’t directly increase profits, but given the bad press Virgin received when it introduced palm oil into its fuel, it is a timely reminder of the value of effective, sustainable publicity.

While the majority of major businesses have annual sustainability reports and publicise their efforts towards combatting climate change, some have been particularly astute. Water pump manufacturer Grundfos is a prime example of the clever marketing of reduced waste, with increased efficiency its major selling point.

Grundfos’ recent adverting campaign focused on its ‘obligation’ to reduce the global water shortage. Crucially, its sales approach also includes the consumer. Although less subtle than providing information through nudges, Grundfos’ site reminds consumers that pumps are responsible for 10 percent of global electricity consumption – a figure, it is quick to add, that can be reduced by purchasing an efficient Grundfos pump.

The approach seems to work: in 2015, Grundfos doubled its half-year profits, with profitability increasing to DKK 628m ($101.3m). This rise continued last year after a restructure in 2016 forced a slight slump.

Recycling rewards
The concept of the circular economy requires movement from a linear order of production (use then disposal) to a model that emphasises recycling and reusing products as much as possible.

General Motors has proven the commercial benefit of such a move, claiming to generate $1bn in annual revenue from recycling. In last year’s sustainability report, GM also reported it used 199.8MW of renewable energy in 2016, saving $5m in the process.

GM’s model is marked by its creative commitment to reuse, which ultimately contributes to its bottom line. Products previously discarded – like the test tyres from a GM proving ground – are now repurposed for manufacturing air and water baffles in its vehicles.

Long-term investments
Other companies have sought to make wholesale investments into green technologies. German conglomerate Siemens, for example, was named Forbes’ most energy efficient company last year, with a policy of ‘decarbonisation’ driving its production sites towards renewable energy (60 percent of which now run on renewable resources).

But Siemens’ sustainable restructuring is a fiscal necessity in the current energy industry climate. As costs of producing solar and wind energy plummeted, global investment in renewable energy soared to $316bn last year, compared with $117bn in fossil fuels.

Ultimately, 2018 could see a sea change in the commercial approach to sustainability. Greater investment in crowd-pleasing and experimental technology – such as Motorola’s freshly patented self-healing phone display – can be anticipated.

But the key strategic shift is perhaps best expressed through IKEA’s policy evolution. The Swedish furniture giant has moved from introducing eco-friendly changes – such as solar panels on its buildings – to a commitment to becoming a net exporter of renewable energy by 2020.

Such shrewd companies will move from an awareness of the pressing issue of climate change, to actively seizing the opportunities presented by energy-efficient alternatives. Just as investing in more fuel-efficient aircraft brings profits and reduces carbon emissions, sustainable solutions often boil down to basic logical efficiency. Businesses unwilling to take the necessary and lucrative steps to counteract global warming will be left out in the commercial cold.