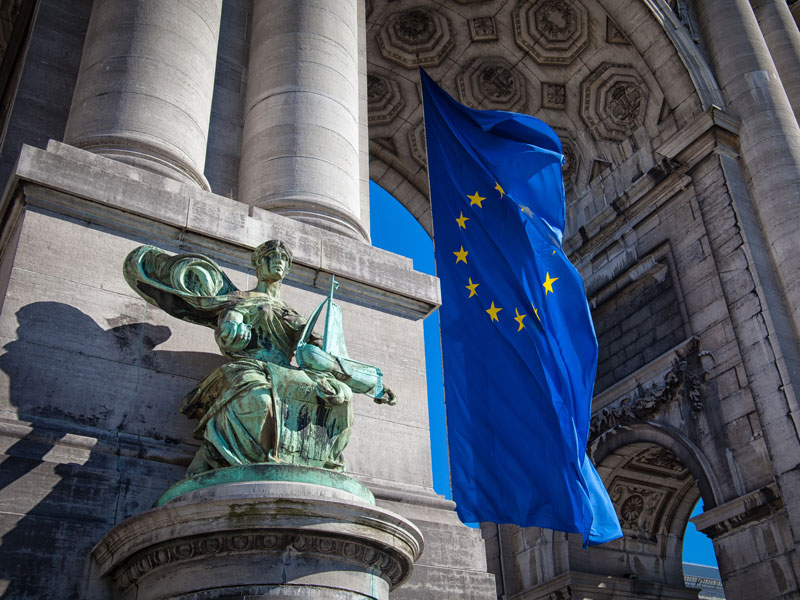 The EU has tightened its regulation of anti-competitive practises, particularly in relation to the tech sector. As a result, it is handing out larger fines to industry giants

Last minute negotiations will see the EU’s controversial copyright directive head to Brussels, with only MEPs standing in the way of the legislation being enacted into law. The directive will further tighten already strict technology regulations in an attempt to even out a playing field that has generally favoured the industry’s biggest names.

The bloc has levied fines on a long list of tech giants that have denied smaller companies the opportunity to grow. At times, this has put the commission at loggerheads with firms such as Google, Apple and Facebook. The New Economy lists the five largest penalties handed to tech giants by the European Commission.

Governments have long wrangled with tech companies to pay their fair share of tax. In 1991, Ireland and then little-known tech firm Apple made an agreement that enabled the US company to pay between 0.005 and 0.05 percent tax on global sales. In 2016, 25 years later, the EU classified the scheme as illegal state aid and slapped Apple with a fine of $14.8bn.

Qualcomm, the world’s biggest maker of mobile phone chips, used its influence and sizeable profits to prevent rivals from entering the market

In response to the EU’s decision, Apple CEO Tim Cook penned an open letter that read: “Beyond the obvious targeting of Apple, the most profound and harmful effect of this ruling will be on investment and job creation in Europe. Using the commission’s theory, every company in Ireland and across Europe is suddenly at risk of being subjected to taxes under laws that never existed.” Reuters reported late last year that the Irish Government had recovered the full amount owed, despite initial appeals from Apple.

In 2018 the EU slapped a landmark fine of $5bn on Google. Margrethe Vestager, the bloc’s competition commissioner, claimed Google had participated in “serious illegal behaviour”. It was found that Google forced smartphone manufacturers using its Android operating system to pre-install the Silicon Valley giant’s search and browser apps on devices. Those that refused were denied access to the US firm’s streaming services and the Google Play store.

US President Donald Trump attacked the EU – which he shares a frosty relationship with – for the fine. Trump declared on Twitter: “I told you so! The EU just slapped a Five Billion Dollar [sic] fine on one of our great companies, Google. They truly have taken advantage of the US, but not for long!” In response to the penalty, Google CEO Sundar Pichai claimed the ruling “rejects the business model that supports Android, which has created more choice for everyone, not less”.

I told you so! The European Union just slapped a Five Billion Dollar fine on one of our great companies, Google. They truly have taken advantage of the U.S., but not for long!

Google has taken the second and third spots on the list. In 2017, the firm received a penalty in similar circumstances to 2018’s $5bn fine. The company was accused of abusing its dominance of the search engine market in relation to its shopping service, which demoted rival comparison services in favour of Google’s own, thereby distorting the competition. European regulators stated: “Google denied both its consumers real choice and rival firms the ability to compete on a level playing field.”

A Google spokesman said of the ruling: “When you shop online, you want to find the products you’re looking for quickly and easily. And advertisers want to promote those same products. That’s why Google shows shopping ads, connecting our users with thousands of advertisers, large and small, in ways that are useful for both. We respectfully disagree with the conclusions announced today.”

At the time, Intel’s $145bn fine was the largest ever handed to a tech company. Once again, the penalty related to skewed competition, which Intel went to great lengths to cover up. The chipmaker had paid computer manufacturers to delay or cancel products that contained chips produced by rival firm AMD. Bruce Sewell, Intel’s chief lawyer, said he took “great exception” to the ruling and pledged to appeal the outcome.

The fine signalled the strengthening of European regulation, with the commission stating it was “taking a leadership role in enforcing competition rules”.

In similar fashion to Intel, Qualcomm, the world’s biggest maker of mobile phone chips, used its influence and sizeable profits to prevent rivals from entering the market. The San Diego-based company paid Apple billions of dollars to exclusively use its products in iPhones and iPads, thus denying other chipmakers the opportunity to challenge Qualcomm’s market dominance. Disputing the ruling, Qualcomm immediately appealed, stating it strongly disagreed with the EU’s findings.

Margrethe Vestager said Qualcomm’s actions had “denied consumers and other companies more choice and innovation”. Shares in Qualcomm dropped 1.2 percent in New York as news of the decision broke. Apple escaped without any repercussions after the bloc found no wrongdoing on its behalf.