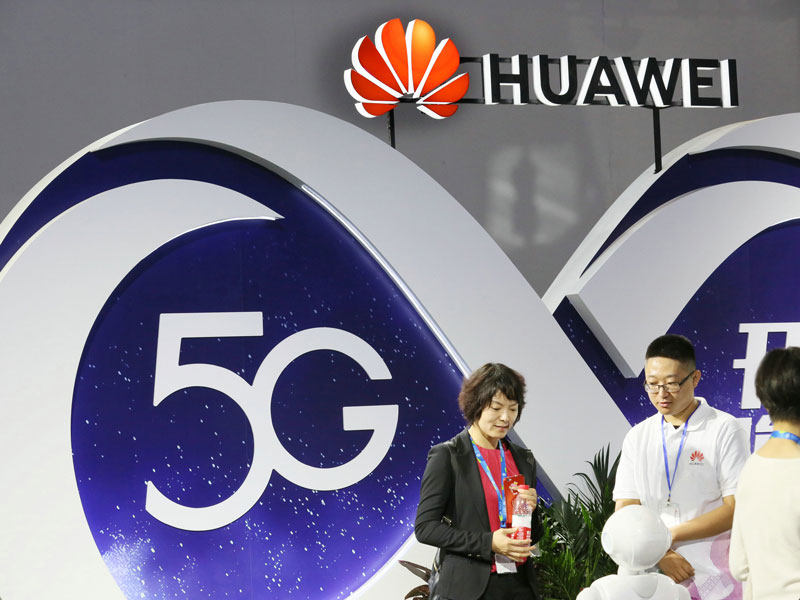 Huawei has long supplied equipment and services that underpin Europe’s best-known mobile networks. Yet the company has faced increasing scrutiny in the West

As President Donald Trump and his Chinese counterpart Xi Jinping were agreeing a 90-day trade truce during the G20 summit late last year, in Canada the arrest of Meng Wanzhou, Chief Financial Officer of Huawei, was unfolding. It came after a US extradition request and quickly sparked fears of reignited tension between Washington and Beijing. The arrest also led to concerns over the future of mobile telecommunications the world over.

Huawei has long supplied equipment and services that underpin Europe’s best-known mobile networks. Yet the company has faced increasing scrutiny in the West. New Zealand, Australia, the US and Japan have banned Huawei’s 5G equipment, threatening to derail the development of a technology that experts and businesses believe will change the world. Despite the hype, consumers appear unenthused.

The increased data rates of 5G will be able to support more than one million devices per square kilometre, enabling smart energy harvesting and storage

According to a report carried out by Waveform, 59 percent of consumers aren’t even aware that 5G is set to launch over the coming years. The report found that people felt largely indifferent about the technology: 55.6 percent of respondents were unsure of the benefits of 5G and 38.1 percent were not excited for the impending launch. Although the technology has been in the media spotlight recently, it has failed to secure the public’s interest.

To an extent, this apathy is understandable. Many users still experience issues with 4G, eight years after the introduction of the service. However, while consumers may not be taking notice just yet, businesses certainly are. The new technology will provide the infrastructure required to deliver the Internet of Things, augmented reality (AR) and many more technological solutions.

More than speed
With each progression in mobile communications, fresh business opportunities have arisen. When 4G launched, it transformed network technology so much that entirely new business models were created as a result. Lindsay Notwell, Senior Vice President of 5G Strategy at Cradlepoint, says the same will happen with 5G.

“Uber would have never been able to exist before a 4G network and the kind of things that network enabled,” Notwell said. “The same thing will happen with 5G, but the consumer today can’t see those applications because they are in the imagination of some developer out there. In five years we’ll look back at X, Y, Z company and say: ‘Oh goodness, without 5G these companies would have never occurred’.”

While it is largely assumed that 5G will solely increase network speeds – they will be around 20 times faster than 4G – the technology promises to go considerably further. For businesses, the technology will drive three main benefits: cost, quality and productivity.

Ben McInerney, Head of Innovation at Wavemaker, said: “It’s easy to think of 5G as just ‘faster internet’, but with increased bandwidth, new opportunities arise. We are likely to see the Internet of Thing truly take off where everything is connected. We’ll start losing ‘dead-time’ and every minute can become productive.”

The advancement of Internet of Things technology is one of the most significant benefits of 5G. For example, the technology could allow your smart mirror to list your upcoming meetings, the best route to take to them, and what to wear that day, all while you brush your teeth.

“It’s like letting the machines take the strain,” said Kamal Bhadada, President of Tata Consultancy Services. “This approach gives us more time for the important stuff. Effectively, 5G brings us into the internet, rather than bringing the internet to us – and it will immerse us into a fully interactive online world. It marks the beginning of the Fourth Industrial Revolution, or Industry 4.0 as it is often referred to [as]. Not only will 5G revolutionise day-to-day household items, it will spark the development of smart cities.”

The increased data rates of 5G will be able to support more than one million devices per square kilometre, enabling smart energy harvesting and storage, and building automation and smart traffic management.

For years, autonomous vehicles have been on the verge of release, yet various technical issues have held back the rollout. When pedestrian Elaine Herzberg was killed in Arizona in May last year following a collision with a self-driving Uber vehicle, investigators found that the car had six seconds to avoid the incident. Ubiquitous 5G coverage could have acted quicker and prevented the accident.

A smaller world
For businesses, in particular, 5G will make travelling less necessary. Last year, Vodafone offered a glimpse of the work meetings of the future. From the company’s Manchester office, professional footballer Steph Houghton appeared as a hologram in Newbury to give football tips to a young fan. 5G could make this kind of communication an everyday occurrence. Online conference calls will be more reliable and AR could put two people situated on different sides of the earth in the same room.

Vodafone’s marketing campaign signalled the beginning of a significant change in the way businesses interact with their customers. Notwell believes virtual reality (VR), in particular, will fundamentally and positively change businesses’ marketing strategies, in terms of interaction with consumers and customer support.

AR will have a similarly transformative effect on manufacturing. Mark Stansfeld, Chairman of the Worcestershire 5G Consortium and mobile network giffgaff, explained: “Rather than having to send out skilled engineers to different places, AR can start repairing machines because 5G enables you to be able to do that.” Companies can save money and time, as the need for employees to travel to do certain jobs, such as maintenance, is reduced.

In general, 5G should help ease the pressure on manufacturing companies, where competitiveness is key. Increased automation, and a rise in the flexibility of that automation, allows companies to operate in a far more productive way. Not only will factories become more productive, costs will fall as quality improves.

The tourism sector is hopeful that 5G-enabled AR will be able to provide potential customers with immersive virtual tours of their destinations. Experiences at historic landmarks will become ever more immersive; AR could allow visitors to experience Rome’s Colosseum, for example, as it was during the Roman Empire. Travellers increasingly want to use their phones to plan their holidays, and AR, VR and expanded Wi-Fi coverage can achieve that.

Lagging behind
While 5G is already available in parts of Asia and the US, progress is slower in Europe. “We’ll probably start to see a rollout of 5G around 2020,” said Stansfeld. “That will be the early stages of it. It will be focused around localised areas, and then you’ll see the expansion. But it is that balance between the infrastructure and customer premises equipment; those need to come together at the same time otherwise you don’t get the quality.”

With numerous mobile service providers operating within Europe, as opposed to a smaller number in the US and China, the continent’s fragmented network has significantly inflated the cost of implementation. Strict EU rules, regulatory inertia and uncertainty over bandwidth have caused additional issues.

Mika Skarp, Founder of Cloudstreet said: “Now considered the jewel in the crown of 5G, Industry 4.0 will certainly happen, but it will require a communication network that is reliable, provides high bandwidth speeds, blanket coverage and most importantly, low cost.” As a result, Giordano Albertazzi, president of Vertiv in Europe, Middle East and Africa, said, “potential lenders need convincing of the value of 5G to understand how it will bring new revenue streams into the sector.”

However, companies have warned that Huawei’s fall from grace could impact the system’s development. Numerous operators currently use Huawei products for 4G networks and will do the same with the next generation of the technology. Replacing these networks would come at a substantial cost. Deutsche Telekom cautioned that Europe could fall behind the US and China if governments ban the Chinese equipment supplier.

As Angela Merkel seeks assurances on Huawei’s use of consumer data, pressure is increasing on EU leaders to finally take a definitive stance regarding the Chinese firm and, more generally, the development of 5G technology in Europe. The future of the continent’s business environment depends on it.