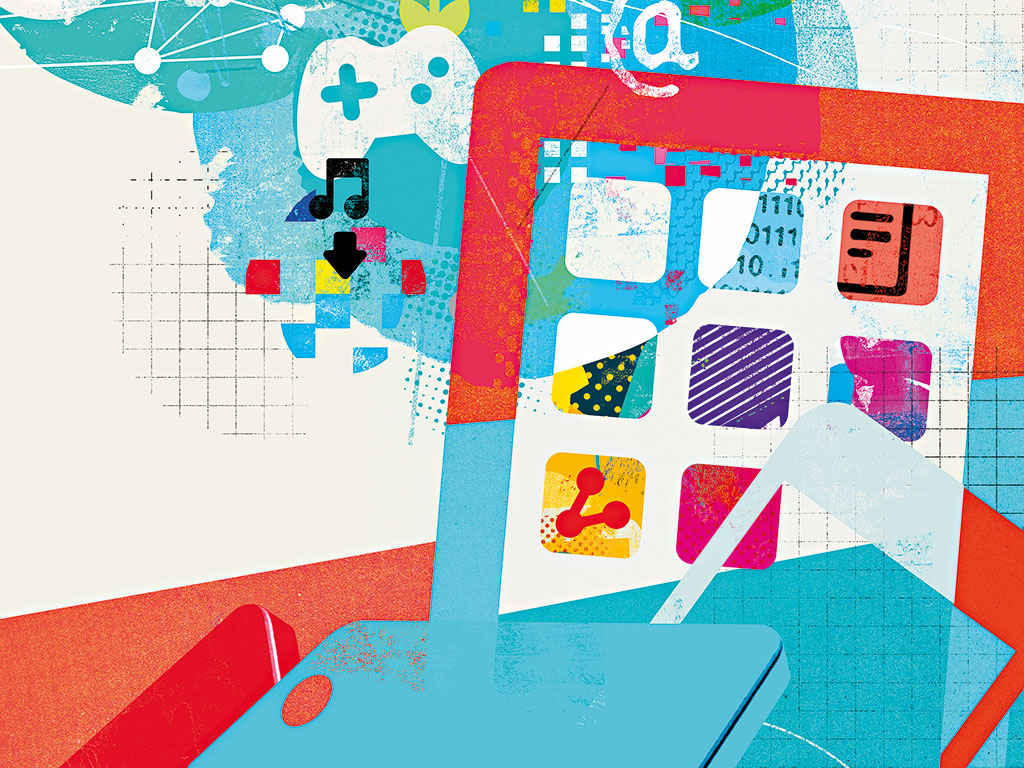 In a recent CA Technologies survey, the overwhelming majority of enterprises said they believed the transition to software-driven business would separate the winners from the losers in the coming years. On top of that, 51 percent had increased their investment in new forms of software, while 49 percent were bringing software development back in-house and 48 percent incorporating analytics into customer-facing strategies. On the consumer side, 51 percent used applications to make online purchases, 47 percent to bank, and more than half said they’d be willing to pay taxes, manage their healthcare or vote via an app. If nothing else, these findings show we are partway through the transition to software-defined business.

To take a practical example, the rise of Airbnb means traditional hotels have entered into direct competition with internet users, while Uber has fuelled unrest among taxi drivers, for whom the traditional method of transporting and charging passengers is inadequate. Suffice to say, disruptive applications such as these mean existing businesses must make changes if they are to survive, and if this means investing in software – as it so often does – then so be it.

In just seven years, the app industry has emerged as a $120bn marketplace

“Technology advances now allow virtualisation of the entire technology stack – compute, network, storage, and security layers”, according to Deloitte’s Tech Trends 2015 report. “The potential? Beyond cost savings and improved productivity, software-defined everything can create a foundation for building agility into the way companies deliver IT services.”

Dealing with disruption
This turn in behaviour has brought a host of new opportunities and challenges, not least in mobile, where software has given rise to the application economy. This market, which didn’t even exist 10 years ago, is expected to be worth $143bn in 2016, according to Developer Economics. “The growth of the app economy has transformed how businesses function today”, said Morgan Reed, Executive Director of the App Association. “In just seven years, the app industry has emerged as a $120bn marketplace. This tremendous growth shows no signs of abating.”

Looking at another CA Technologies survey, half of 1,425 senior business executives said their industry was either very or highly disrupted by the application economy, and many had already felt its impact on day-to-day operations.

“Applications have become the most diverse and broadly adopted software in existence and a crucial interface between brands and consumers”, said Milko Van Duijl, SVP Sales and UKI General Manager at CA Technologies. “Analysts predict that 268 billion mobile apps will be downloaded by 2017. To thrive in this new commercial reality, every business, regardless of the industry it operates in, is under pressure to think and act more like a software business.”

Today, almost every business is a software business, and the implications for companies and consumers mean executives must rethink their operating strategies in sometimes-fundamental ways if they are to survive – let alone thrive.

“For many industries, failure to be aware will mean failure full stop”, said Windsor Holden, Head of Forecasting and Consultancy at Juniper Research. “Consumer-facing businesses will need to provide apps because consumers increasingly expect it, and they expect apps that will make their lives easier and more convenient. From an internal perspective, apps are improving productivity and reducing costs.”

It all began with an Apple
As apps become the preferred method of browsing, any company that chooses not to engage is missing a huge opportunity. The app economy’s influence is most pronounced in – though not exclusive to – mobile, and those who think a digital presence just means having a website will be left behind.

“Apple effectively created [the app economy] with the App Store and provided the major catalyst for growth with the iPhone and the iPad”, said Holden. “You could argue with some justification that innovation in software was constrained by the mobile network operators: when the App Store arrived back in 2008, it removed the operators from the equation and allowed developers unprecedented direct access to consumers. The innovation started in games, then spread to other consumer apps, and then – as CEOs started using iPhones – to the enterprise sector. At that point, the genie was out of the bottle. Bring in the growth of Wi-Fi and 4G broadband and suddenly enterprises have the opportunity to deploy apps in an environment of ubiquitous connectivity.”

Predicted value of the app economy, 2016

Apps will have been downloaded by 2017

of leading apps are from start-ups or small companies

The app economy is on course to make up a 33 percent share of the mobile market this year, up from 18 percent in 2012, and the segment’s growth dwarfs that of any other in the mobile value chain. The iOS App Store last year generated $10bn in revenue, and the gathering adoption of smartphones, coupled with the enthusiasm with which developers are chasing the opportunity, means the market will no doubt continue to grow.

“Retail, news, entertainment, banking, education, government, communications – everything is driven by a connected, mobile, application-based world where your customers are far more likely to experience your brand and interact with your enterprise through a software application than a live person”, said the CA Technologies report How to Survive and Thrive in the Application Economy.

The ubiquity of software is advantageous not just for major names but smaller enterprises as well; it allows SMEs to compete where previously they could not. “In terms of enterprise app users, certainly the gains in productivity and reduced costs mean that smaller businesses can now be viable on an ongoing basis in environments where previously they would not have been able to compete”, said Holden.

Far cheaper than bricks-and-mortar stores, apps, if employed to good effect, can reach customers while on the move and build more of a back-and-forth between company and consumer. Looking at the App Association’s findings for 2014, the majority of the world’s leading 650 apps are either from start-ups or small companies (77 percent). “Success is accruing to new entrants and nimble companies that are quick to respond to opportunities in the rapidly evolving mobile marketplace”, said the report.

“The application has accelerated to the point that it is now central to business success”, said Van Duijl. “Customers are now far more likely to experience a brand and interact with a business through a software application than a live person.” The ability to deliver superior user experiences and engage with customers, therefore, takes precedent for many. “The rapid onset of the application-centric business will become not just a major organisational factor but a major economic one and those organisations that take note of the trend and allow business operations to be rewritten by software, will be the ones to enjoy the widespread benefits of application economy.”

Essentially, the changed marketplace means there are now far fewer barriers to entry, and the foundations for success in today’s market consist of little more than an internet connection and rudimentary coding skills. “Development skills are not just a bonus – they’ve become vital to commercial success because, in the application economy, quickly delivering customer-winning applications to market can translate into real competitive advantage”, said Van Duijl. Using these new tools and resources, expect the app economy to balloon in the coming years, driven not by major names in tech, but smaller, more nimble players.