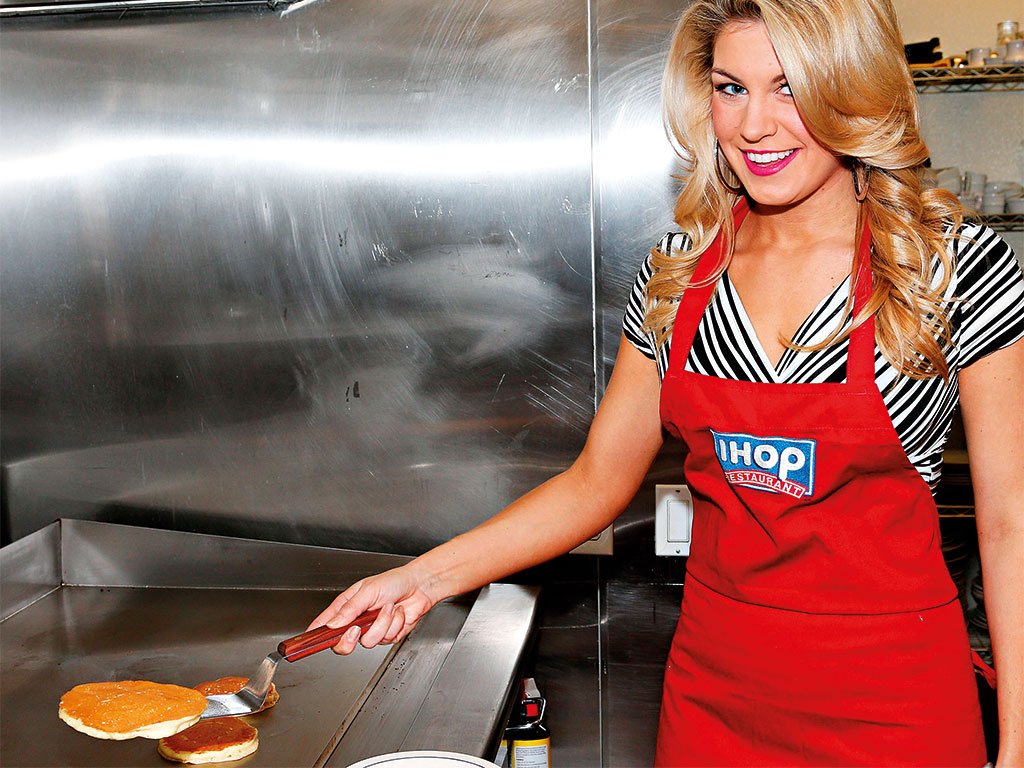 Social media campaigns can be disastrous if they offend people, even unintentionally, as IHOP found

Think of the advertising images of the 1950s and 1960s – black and white VW ads spring to mind, blended in with the type of elusive, cool glamour that nostalgia trips such as Mad Men depict so well. But, as vinyl records, printed newspapers, and even the high street have shown, a heyday can only last so long. With the growth of digital platforms, the industry has undergone a decisive shift.

This is partly in response to consumer appetite; a study by the McCarthy Group found 84 percent of Millennials distrust (and dislike) traditional advertising, in part because it tends to take the form of a blatant sales pitch.

It’s little wonder, then, that brands are injecting so much investment into the digital side. Global spend in the sector is forecast to mushroom from $135bn in 2014 to $240bn by 2019, according to PwC, while communications behemoth WPP is spending at least $5bn on Google this year (compared to $4bn last year), according to CEO Martin Sorrell.

Huge potential
The shift to digital certainly has its upsides for companies as well as consumers, not least because digital platforms make customer engagement far easier to track. “Before digital, advertisers relied on loosely related indicators of campaign success”, said Liz Miller, Senior Vice President of the CMO Council. “But now we can track a customer’s engagement across multiple channels and across a web of campaigns and experiences.”

By increasing the connection brands have with consumers, digital campaigns can foster a type of trust other media might not be capable of. From Dove’s numerous beauty campaigns to Disney’s recent Make-a-Wish partnership – wherein the company agreed to donate $5 for every Twitter and Instagram post showing the iconic Mickey Mouse ears – social media campaigns provide a two-way dialogue that traditional forms of advertising do not, putting power into the hands of consumers.

Digital advertising is also, of course, far cheaper than traditional advertising, giving smaller companies significant exposure without forcing them to invest heavily. This is likely why, according to the 2011 Social Media Marketing Industry Report, SMEs stand to benefit the most from social media.

Digital landfill
However, it’s the very availability of free marketing that, according to some, is seeing consumers inundated with low-quality, ineffective content, where the focus is on getting as much out there as physically (or digitally) possible. “The low entry cost to digital has created more noise and clutter”, said marketing consultant Luan Wise. “It’s better to produce less content that’s of a higher quality than to keep chucking mud at a wall.”

She’s not the only critic. According to Brad Jakeman, President of PepsiCo’s Global Beverage Group, digital advertising is producing a “digital landfill of crap content that gets produced quickly and cheaply, and doesn’t connect to the brand’s narrative”.

“Digital has led to a mass of noise in consumers’ inboxes, and it is a noise that many are just becoming deaf to”, Miller said. “Think of it as the same reaction we used to have to mail boxes jam packed with junk mail. We just started tossing it. Now, those unopened bits of trash are digital – emails are being deleted, sponsored posts and tweets are being ignored, and customers are actively turning away from those brands that fail to understand that, regardless of channel, irrelevant content is still junk.”

That means the decent content that is being produced is being diluted. And as digital takes on an increasingly large role in the ad industry, this fact is threatening to bring down quality as a whole.

Banana peel
This junk is having a worrying effect: a survey by Business Network International found 75 percent of business owners had been “put off” an organisation because of ineffective social media marketing.Such ineffective use spans everything from ill-thought-out campaigns that do more harm than good, through to improper measurement of engagement – glancing at the number of likes or followers, rather than assessing whether a campaign is really generating enquiries. “You’ll only know if it’s effective if you actually manage and measure it properly, and I don’t think enough people are doing that”, said Wise.

It’s not hard to find recent examples of social media flops, and when a brand gets something wrong on such a stage, the world quickly knows about it. US pancake brand IHOP’s tweet last year – “flat but has a GREAT personality” – quickly spread across Twitter under a barrage of claims of gender insensitivity and sexism.

Content-driven marketing – be that videos, blog entries or social media posts – seems to be where the future lies

Bud Light’s #UpForWhatever campaign sparked similar outrage from Twitter users who considered it a reference to rape (the bottles’ tagline, “the perfect beer for removing ‘no’ from your vocabulary for the night”, didn’t help). SeaWorld found itself under severe public scrutiny after holding a poorly timed #AskSeaworld Twitter Q&A shortly after the release of a documentary criticising the theme park’s treatment of its whales. Clearly, the advantages of social media marketing come with a weighty downside when misjudged or simply taken badly.

Blocking out the noise
It’s not just social media and other content that’s causing problems, however. More and more internet users are resorting to ad-blocking tools, which caused publishers to lose $24bn in global revenue in 2015, according to estimates by research company Ovum. PepsiCo CFO Hugh Johnston outlined a need to identify the right properties on which to advertise as one of the key challenges lying ahead for the industry. “It’s not just a matter of going for pop-up ads anymore”, he said in an earnings call last year.

As that suggests, blatant, traditional adverts might no longer be doing it for the younger generation. Content-driven marketing – be that videos, blog entries or social media posts – seems to be where the future lies. But companies need to get it right if it is to work.

Death of tradition
This is likely to become even more apparent as digital platforms replace traditional forms of advertising. Wise, however, believes traditional marketing won’t ever die. “Advertising interrupts in the places that you find your audience, and we’ll always be standing on train platforms and receiving direct mail through our letterboxes”, she said.

But will we always be looking up at the walls, or will we be staring down at our screens? With the likes of YouTube and other digital media platforms vying for viewers’ attention, it’s likely that both television and print ads will, at some point, lose the power they once held. By 2018, digital media is set to overtake TV as the biggest advertising sector, according to ZenithOptimedia.

That’s not necessarily a bad thing; a world where digital marketing rules is an exciting prospect, if companies are able to harness its full potential. From cost effectiveness through to subtler messages and better brand-consumer relationships, its benefits could be significant. But its dangers are equally important, and if brands don’t learn from the mistakes of the recent past, they risk bringing down the quality of the industry as a whole, replacing traditional work with meaningless babble, and turning consumers towards apathy and ad blockers. Only time will tell which way it will go.