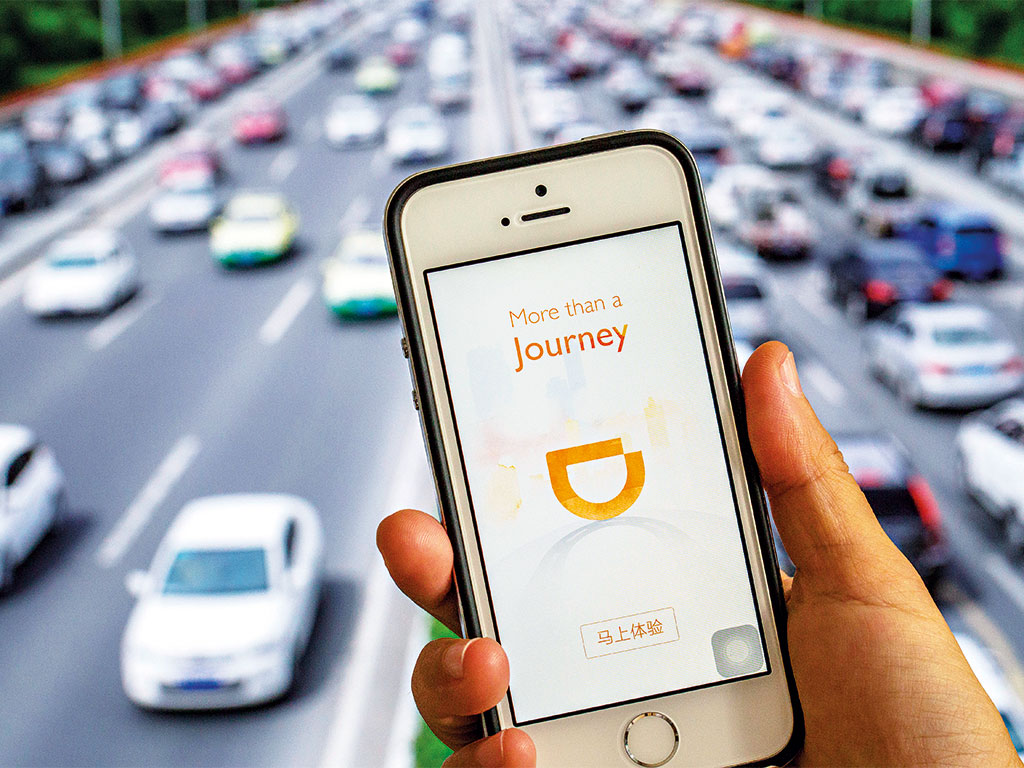 Didi, Uber's main rival in China, was always better prepared for the intricate challenges of the world's most populous economy

When ride-sharing app Uber launched its rebrand in February, many speculated the move was part of its strategy to rise to dominance in China. At the time, the company was locked in a heated battle for market share with a number of other firms: Didi Chuxing dominated the Chinese app-based taxi industry, with a market share of 87.2 percent. Uber, however, felt it could crack the competition, dedicating more and more resources to the fight, even to the point of subsidising the cost of rides at a loss.

Yet the efforts of CEO Travis Kalanick seem to have been in vain. In August, it was announced Uber would be merging with Didi Chuxing: Uber’s Chinese operations will be handed over to Didi, in exchange for a 20 percent stake and $1bn in equity investment from the Chinese company. Uber, despite its best efforts, failed to crack China. The US firm was unable to best its native rivals, just as eBay lost out to Alibaba in the e-commerce field. Once again, in the world’s second largest economy, the home team won.

For many US tech companies, ‘cracking China’ has become a holy grail. As Mike Michelini, a US social media and e-commerce specialist based in China, said: “Every MNC dreams about cracking the Chinese market. It’s a country of 1.3 billion people, with a growing middle class with disposable income, that is over four times bigger than the US market.”
Chinese consumers are also becoming wealthier. “It’s not just people with a few cents in their pockets”, Michelini said. “Chinese consumers have been proven to spend money over the years, and they have grown to become the second largest economy in the world – with projections to become the largest in the future.”

For many US tech companies, ‘cracking China’ has become a holy grail

In among these movements, the app-based taxi market is uniquely prized. As Wan Yuchen of the China Market Research Group said: “China is critical for Uber, because it has a huge population who can’t afford a car, or who cannot get a car because of license plate regulations, but have the money for comfortable rides.”

Big trouble
When it entered the Chinese market in 2013, Uber was hamstrung by not taking into account various local peculiarities. As an example, Michelini noted, Uber began by “using Google Maps and other western services”.

According to the Harvard Business Review: “At first, customers had to validate credit card information before opening an account. This presented a major obstacle for many potential Chinese users.” Wan made a similar point: “They did not accept local credit cards, while Didi used Alipay, which was a more common payment method in the country.” However, Uber soon learned and adapted. “They localised. They found partners in the market and adapted to operate here”, Michelini said.

Still, competition from local market actors remained stiff, particularly due to their better knowledge of the Chinese market, in particular Didi Chuxing’s ability to better cooperate with other Chinese firms to facilitate the use of their app. As an example, Didi had a strong partnership with popular messaging app WeChat, which proved a useful tool.

“WeChat often blocks competitors from using their official business accounts, stating they are violating the terms of service”, noted Michelini. “While they won’t say which terms were violated, Uber and other competitors to WeChat’s partner Didi frequently had accounts disabled.”

Certainly, circumstances were stacked against Uber. However, as the Harvard Business Review noted: “It wasn’t competition that spelled Uber’s demise in China; it was impending national regulations.” First among these new rules was a ban on Uber’s tactic of subsidising the cost of rides in order to gain market share.

The rules clarified that Uber, as a foreign firm, was to be subject to different regulations than domestic firms. As the Harvard Business Review explained: “Uber’s national platform would now be handled differently. Local governments would be allowed to issue ‘ride-hailing service licenses’, and to determine who is eligible to be a driver. This was an impending disaster for Uber.”

Strategic retreat
While Uber did not achieve the dream of cracking the Chinese market, it would be unfair to label its merger with Didi a sign of failure. “I am amazed at how far Uber got”, said Michelini. “When I saw them come into the market in 2013, my friends and I predicted they would exit quickly. I wouldn’t consider it a complete failure – they made a merger with Didi happen! That is a big event, as competitors normally fight to the death. Uber China has a presence, and is still operating to this day.”

However, with Uber now subsumed by Didi and the taxi wars seemingly concluded, there remains one group in China set to lose: consumers. The fierce competition between Didi and Uber drove prices down, even at the expense of creating negative margins. The subsidies that drove these bargains, however, are now redundant.

“Consumers were concerned that there would be monopoly, and the price would go up”, said Wan. “Drivers are also concerned that current subsidies would be gone. Consumers want more competition in market at this point.”

As Michelini concluded: “In my personal social media streams, everyone is just worried that cheap taxi rides will go up. A merger means less competition, so people feel that now the prices will go up. And they already have.”