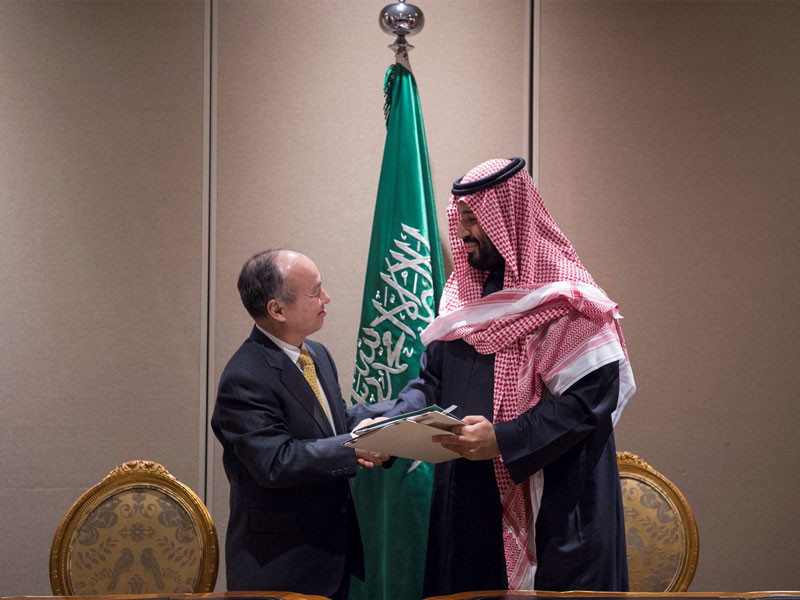 In remarks made to reporters on March 27, SoftBank CEO Masayoshi Son and Saudi Crown Prince Mohammed bin Salman announced they had signed a memorandum of understanding to build the largest solar project in history. The push into solar power is part of Saudi Arabia’s ongoing strategy to reduce its dependence on fossil fuels.

The project will be built in Saudi Arabia – though it is not yet clear where in the country – and will reach maximum capacity in 2030, when it will have an output of 200GW, far exceeding any existing or planned solar farm.

It will carry a price tag of $200bn and create around 100,000 jobs, according to Son. The project is also set to more than quadruple Saudi Arabia’s solar capacity, which is currently around 60GW.

In theory, one gigawatt can power 725,000 homes, meaning the completed solar plant will have the capacity to power 145 million households, although actual output varies depending on weather conditions. The first phase of construction will begin later this year; seven percent of maximum capacity will be reached by 2019. The majority of the funding will be generated through debt financing, with SoftBank and the Saudi Government each investing around $1bn initially.

The project is also set to more than quadruple Saudi Arabia’s solar capacity, which is currently around 60GW

The project is consistent with Saudi Arabia’s Vision 2030 – the Kingdom’s long-term strategy to wean itself off oil revenues and diversify its economy. Bin Salman is also planning on meeting with a number of tech giants – including Amazon CEO Jeff Bezos – during his visit to the US, which is aimed at attracting investment into the Kingdom.

The project is another high profile investment for SoftBank Vision Fund, which has become an aggressive player in the venture capital space since it was founded two years ago. The $100bn fund is dedicated to technological investments and has poured money into industry disruptors like Uber, chipmaker Nvidia and Indian e-commerce giant Flipkart.