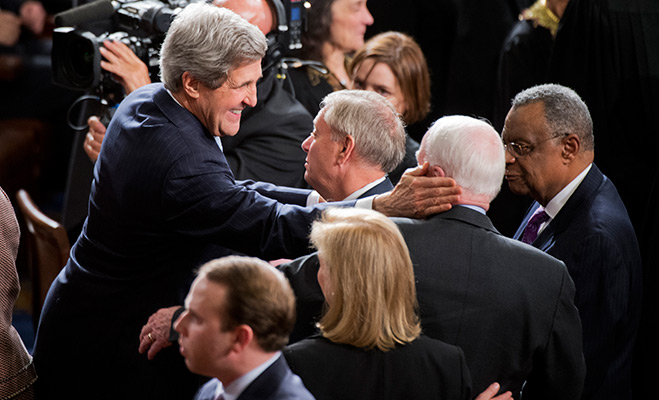 Addressing the US Congress in his first State of the Union speech since being re-elected in November, President Obama said his second term will see him push through serious reforms to the energy markets, and that he wants market-based§ solutions to the problem of climate change.

The speech saw Obama tell politicians in both houses that he is willing to force through serious reforms as part of a busy second term agenda that he hopes will reshape the US economy. Congress has been slow to act on climate change in recent years, and Obama said if they “won’t act soon to protect future generations, I will.”

“I know people said there’s a significant scientific consensus on that issue, but I’ve actually seen reasonable debate on the principle.”

Obama also spoke of addressing other issues relating to the energy sector, with an emphasis on making it easier for businesses to operate in the market and improving efficiency. He said: “My administration will keep cutting red tape and speeding up new oil and gas permits. But I also want to work with this Congress to encourage the research and technology that helps natural gas burn even cleaner and protects our air and water.”

He added that he wanted to set up an Energy Security Trust that will “drive new research and technology to shift our cars and trucks off oil for good,” as well as encouraging states to focus on more efficient energy use in buildings. He said: “The states with the best ideas to create jobs and lower energy bills by constructing more efficient buildings will receive federal support to help make it happen.”

Presidents entering their second terms are often keen to pursue grand schemes that will be seen as their legacy once they step down, and many are able to achieve bigger changes due to the lack of a need to pander to important lobbying groups in the hope of getting re-elected again.

However, there is still considerable opposition to climate change reform, notably from Republicans, who lead the House of Representatives. Rising star Senator Marco Rubio called for more money to be directed at oil and gas exploration, with less “wasted” on uncompetitive renewable energy technologies.

In what has become a worrying trend for Republican leaders, Senator Rubio said he wasn’t convinced of the overwhelming consensus on climate change: “I know people said there’s a significant scientific consensus on that issue, but I’ve actually seen reasonable debate on the principle.”