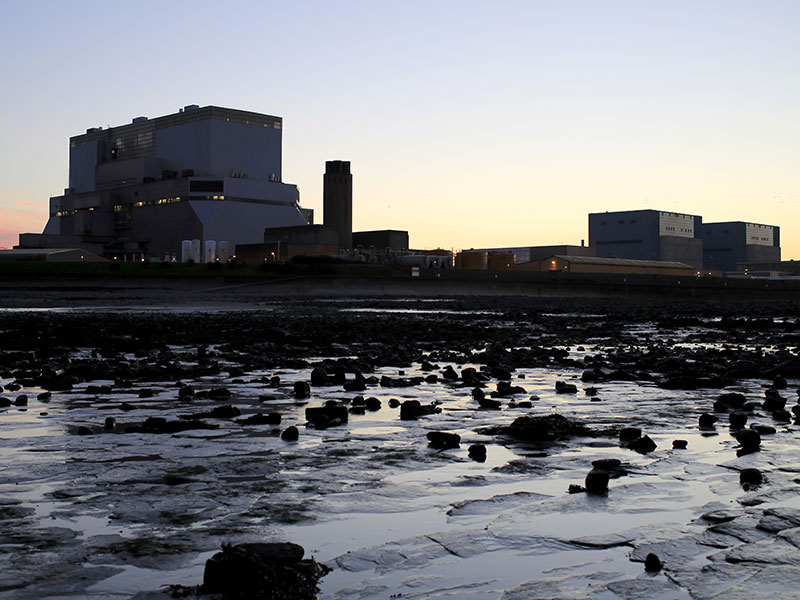 “Absolute chaos” is how the British Shadow Energy Secretary, Barry Gardener, has described the Conservative government’s handling of what may be the UK’s first nuclear power plant in 20 years. On July 28, the day the Hinkley Point C project was due to receive its final approval, Theresa May’s new cabinet instead revealed the proposal was under review.

Hinkley Point C (HPC) was first envisioned in the mid-2000s as part of Tony Blair’s ‘nuclear renaissance’. Ignoring the protests of his own cabinet, the then-Prime Minister wholeheartedly endorsed a new generation of nuclear power stations in the hopes of providing Britain with long-term low-carbon power.

Marketed by its owner, EDF Energy, as the solution to Britain’s looming energy crisis, the ill-fated Hinkley project has promised so much, yet seems set to deliver very little. Early ambitions for the venture now seem unlikely, while its ever-mounting costs are hard to ignore. The construction bill alone now stands at £18bn ($23.5bn) – triple its original £6bn ($7.8bn) price tag.

A change in leadership
While this abrupt government U-turn may have thrown a spanner in HPC’s proverbial works, it is a wonder as to why EDF Energy ever took on this costly project in the first place: EDF is in dire financial straits. The French utility company is over €37bn ($41.74bn) in debt, and may need to spend a further €100bn ($113bn) on upgrading its fleet of 58 ageing reactors by 2030.

In addition to these financial woes, EDF’s construction ability has also been called into question following problem-plagued nuclear ventures in France and Finland. Olkiluto 3 in western Finland is a decade overdue, while the Flamanville power station in France is more than three times over budget. With Hinkley C shaping up to be equally as ill fated as its European predecessors, EDF’s decision to storm ahead with the project is certainly perplexing.

EDF’s mounting difficulties in Europe reflect the continent’s growing distrust of nuclear energy. Northern Europe has largely shunned nuclear power in favour of renewable alternatives. Following this example, the UK had begun to shift its energy focus towards green energies, with renewables now generating more than 20 percent of Britain’s electricity. This then makes the decision to launch a new nuclear project on UK shores all the more baffling.

If approved, the Hinkley C proposals would see Britain resort back to a power source that is viewed by many as cost-inefficient at best and environmentally catastrophic at best.

Among this myriad of concerns and uncertainties, it’s worth remembering just what drove the British Government to ever consider the misguided Hinkley C project: Chinese investment. As part of his historic first visit to the UK in 2015, President Xi Jinping of China pledged to invest £6bn ($7.85bn) in the Hinkley C nuclear power project. In return for this hefty investment, China received the all clear from then Prime Minister David Cameron to build its own nuclear power station in Bradwell, southeast England. This multi-billion pound deal was lauded by the British Chancellor of the Exchequer, George Osborne, as the start of a “golden decade” in relations between the two nations.

Seeking alternatives
While David Cameron and his cabinet might have been thrilled with the prospect of an increased flow of Chinese capital into the British economy, their celebrations were cut short on June 28 this year when the UK voted Leave in the EU referendum.

This momentous vote saw Cameron and Osborne exit 10 Downing Street and a more Sino-sceptic Theresa May assume the helm of the British Government. With this handover of power came a distinct change in attitude towards Chinese involvement in British nuclear technology.

Roy Pumfrey, a spokesperson for the Somerset-based pressure group Stop Hinkley, explained the significance of the Brexit vote on HPC to The New Economy: “Theresa May was not party to the gung-ho attitude towards having China so deeply involved in financial investment decisions.” He added: “If David Cameron was still the prime minister, I don’t think we would be talking about a pause in Hinkley C, I think we’d be talking about EDF taking the final investment decision and everything going ahead.”

In a few short months, the British Government’s enthusiasm over Chinese nuclear investment has transformed into scepticism. Yet without this guaranteed £6bn in Chinese investment, EDF is not prepared to start construction on the project, leaving progress at a standstill.

Aside from concerns over Chinese involvement in the nuclear project, the British Government cannot ignore that Hinkley C also poses a significant financial risk. The power station is set to be the most costly electricity project in Britain’s history, and in order to fund the massive power plant, the government has pledged to spend an eye-watering £94.50 ($123.67) per megawatt hour for Hinkley’s output – more than double the current rate of around £40 ($52.35) per megawatt hour.

If the Romans had used nuclear power, we would still be storing their radioactive waste today

Since the first deal was signed for the project, anticipated taxpayer subsidies have quadrupled to a staggering £60bn ($78.5bn), with this figure only set to increase over the power station’s 35-year lifespan. This certainly seems an extreme financial gamble given the Bank of England’s recent warnings of a probable post-Brexit recession.

Furthermore, the British Government cannot turn a blind eye to the unavoidable safety risks that come hand-in-hand with nuclear energy. There is still no known economically viable method of safely disposing of nuclear waste. What’s more, the long half-lives of radioactive materials mean this issue will continue to afflict future generations. To give the timeframe some perspective, consider this: if the Romans had used nuclear power, we would still be storing their radioactive waste today.

As the problems with nuclear power continue to pile up, renewable energies are becoming ever more attractive. According to Bloomberg New Energy Finance, offshore windfarms are now the cheapest form of UK electricity, with costs of producing wind energy expected to fall by another third by 2025. This makes offshore windfarms already as cost-effective as even the most modern nuclear power stations.

Furthermore, innovations in UK solar energy has seen the industry enjoy a similar level of success, with costs having fallen 10 percent each year since the 1980s. With renewable energy prices at record lows and recent breakthroughs in battery storage, now is the time to look to renewables to fill Britain’s rapidly expanding energy gap. While this imminent crisis must be faced head-on, it is clear the future lies in innovative renewable energy, not in out-dated and ever more costly nuclear power.