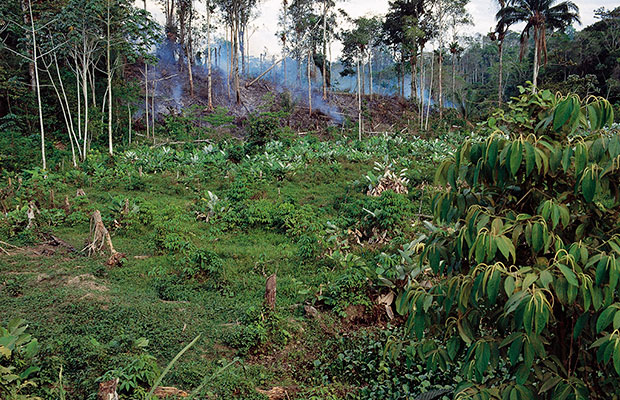 As environmental issues worsen, political denial must be countered by business proactivity

In a global landscape of populist politics and support for the far-right, climate change denial is on the rise. Sceptics have vehemently spouted cynicism over man-made global warming arguments, spurning ‘fanatic alarmists’ whose political consensus focuses on the impending ‘warming apocalypse’.

It is in this political leadership vacuum that companies have made a move to assume the responsibility for climate change action. A mutual appreciation for the risks posed to business from the consequences of rising global temperatures and adverse weather conditions has brought together strange bedfellows, but also profitable partnerships. With billions of dollars being invested in new technology and research the question remains as to whether this new business-led climate leadership will pave the way forward for the energy industry, or if it is just a temporary solution.

Out in the cold
On 3 October 2016, the EU, as the 63rd joining party, brought into force the Paris Agreement. This was, in theory, a momentous occasion for climate change action, reflecting a new global commitment to reducing carbon emissions. As it stands, China and the US, the world’s two largest carbon-emitting nations, are parties to the agreement. However, without enforcement mechanisms, the obligations on signatories are essentially premised on goodwill. Trump’s anti-climate change intentions therefore seriously put into question the future of this potentially toothless instrument of international compliance.

In light of evidence of climate change as an economic disrupter, companies are taking on responsibility for action themselves

Sadly, Trump is not alone in this destabilisation of international regulatory frameworks. Through an injection of doubt and promotion of protectionist policies, populist global leaders have undermined the work of their predecessors and reshaped the climate change dialogue to focus on economic competition.

Six-term Republican Congressman Bob Inglis described this mentality as “rejectionism”; a total refusal to believe in or concede any fact associated with the opposing side, irrespective of how many experts attest its veracity. He said the US Republican Party is stuck in an anti-globalist cycle whereby it must continue to reject the idea that “we can come together to solve really big challenges”. Therein lies the problem: “Climate change does not respect any borders”, stressed Ban Ki-Moon when talking to The Wall Street Journal. “It affects a whole humanity, it affects our planet Earth.”

Quagmire of denial
Companies are recognising this interdependence of the environment and the world’s population. They see climate change as a costly business vulnerability, with fragile supply chains affected by adverse weather conditions. Unprecedented floods, droughts and storms have resulted in billions of dollars in damage to distribution centres and local economies worldwide. According to the Stern Review on the Economics of Climate change, annual global GDP is predicted to suffer a five percent cut by 2100 if no action is taken to reduce carbon emissions. And so, in light of this evidence of climate change as an economic disrupter, companies are taking on responsibility for action themselves.

New initiatives focused on green technology research and development are consequently experiencing a growth boom. The latest billionaire-led investment platform, Breakthrough Energy, is an initiative backed by business and technology titans including Bill Gates, Richard Branson, Michael Bloomberg, Jeff Bezos, and Jack Ma. Their focus is on ‘investing in a carbonless future’ through pairing basic research needs with people and companies that are willing to fund high risk breakthrough energy companies. These are the companies that will, with this investment funding, be able to provide affordable and reliable energy while limiting the impact of climate change.

RE100 is another newly established collaboration, which involves companies publicly committing to procuring 100 percent of their energy from renewable sources by a specified year. The campaign has a wealth of big-name brands, including Unilever, Tata Motors and Microsoft, openly sharing their business cases through transparent reporting processes. Google, one of its affiliates, has announced that it will reach its 100 percent renewable energy goal in 2017.

In a similar vein, EP100, run by the Climate Group, focuses on companies committing to doubling their energy productivity within 25 years. Their emphasis on energy efficiency and production is supported with research purporting that “doubling energy productivity in the US by 2030 will save $327bn a year in energy costs, add 1.3 million jobs, and reduce CO2 emissions by 33 percent below 2005 levels”.

This injection of capital into new technologies and innovation has had a transformative effect on the energy market. New, diversified competition has meant renewables have eaten into the majority share that fossil fuels have traditionally held, significantly reshaping the commodity-focused market. This, is turn, has created more incentives for developers to continue with innovative technology to further reduce costs and increase the market share for renewables.

However, capital investment and market forces can only go so far. Renewable sources reaching parity with energy demand will require infrastructure development and a supportive policy environment for growth acceleration and maintenance. A sound regulatory framework in line with political will is the key to success in reducing emissions and slowing global warming.

Green today, gone tomorrow
Whether governments will begin to recognise the importance of global cooperation in this regard is yet to be seen. Business boldness in an era of political upheaval has been a welcome necessity, and has greatly developed the low-carbon economy within the energy market, but if any meaningful progress is to be made, the contribution must sit within a supportive policy environment.

Governments need to work on policy and regulatory frameworks that offer incentives to companies to continue along this green trajectory. Given the disproportionate global influence of carbon emitters such as the US and China, political controversy and uncertainty will continue to be an issue. However, the important consideration is that the energy industry, as a global homogeny, is moving forward. As Nina Skorupska, CEO of the Renewable Energy Association, told The Guardian: “Expanding renewable energy is very important, but calling for too much, too soon, when governments have so many other priorities, will not get you very far. The key thing is to keep the momentum going and the industry growing.”