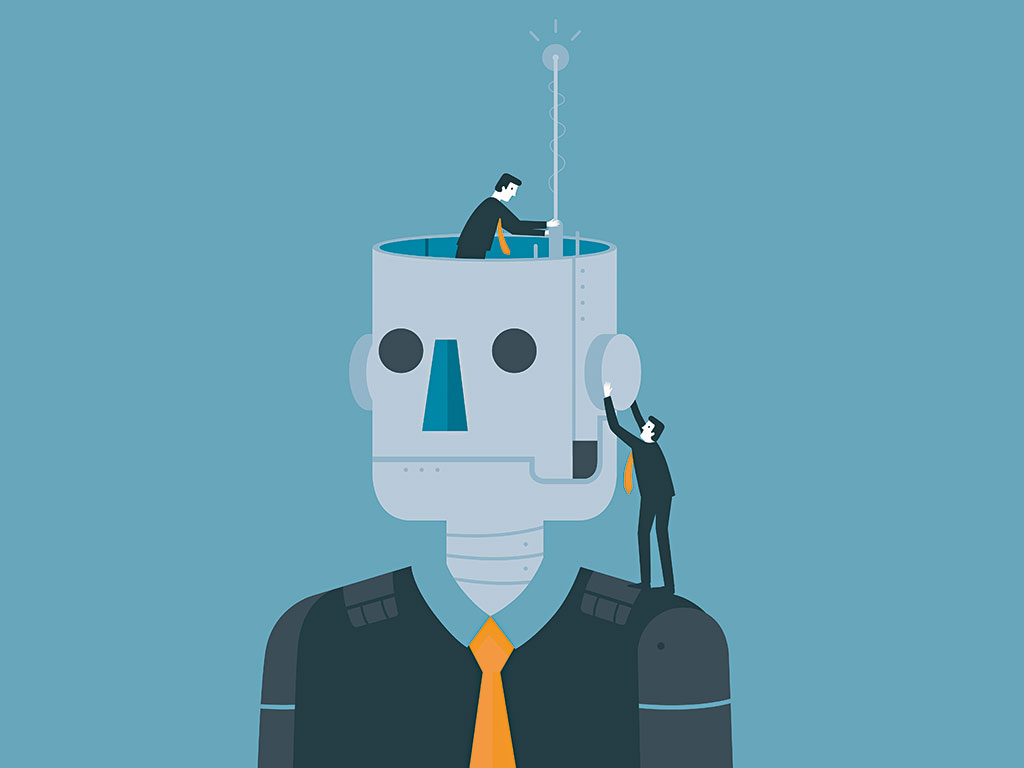 Many people talk about robots taking human jobs in years to come, with some experts suggesting that men will be most affected by the automation of professions

Since the early days of the Industrial Revolution, technological advance has eliminated certain forms of work at breakneck speeds. If public interest is anything to go by, however, automation has entered a new, accelerated stage. Books such as Nicholas Carr’s The Glass Cage and Erik Brynjolfsson and Andrew McAfee’s The Second Machine Age, as well as TEDTalks called things like “Will Automation Lead to Economic Collapse?” tap into the idea that humans are on the verge of being replaced. Various studies have given figures projecting how many jobs are at risk, but one aspect of this supposed auto-pocalyspe that is not so often addressed, however, is how it will affect men and women differently.

Heavy gender biases still exist within lower-paid occupations: women typically dominate people-facing jobs such as nursing and customer service, while men dominate in physically labour intensive roles such as construction and trucking. Within our gendered division of labour, it is the latter who are likely to be eliminated through automation quickest and most thoroughly. This raises the question of whether or not men, bereft of the jobs they typically would have held, will re-enter the workforce in roles previously deemed ‘for women’, and what implications that will have for gender roles in society.

Gendered division of labour
A recent article in The Atlantic noted, “women typically work in more chaotic, unstructured environments, where the ability to read people’s emotions and intentions are critical to success” while “many of the jobs held by men involve perception and manipulation, often in conjunction with physical exertion, such as swinging a hammer or trimming trees”. For instance, over 90 percent of nurses in the US are female, while over 90 percent of truck drivers are male. Women dominate in customer service roles, while men are still far more likely to work in heavy industry.

Of nurses are female

Of truckers are male

According to Stephanie Coontz, Professor of History and Family Studies at Evergreen State College, and Director of Research and Public Education Council on Contemporary Families, there exists “an association of women with care work and service work, stemmed in some part from the fact that such jobs were more compatible with multitasking and rearing children, but perhaps even more from a set of stereotypes that were actually very late arrivals on the historical scene”.

Gendered divisions of labour are nothing new; as Coontz pointed out, gender divisions stretch back to hunter-gatherer societies. “Every society in history has had a division of labour by gender, but the tasks assigned to each gender have been varied enough that it’s difficult to make a case that there is some invariant arrangement dictated by our natural desires”.

At one time, she explained, “men were intimately involved in domestic matters, community affairs, kin networks etc”. However, “as work moved out of the home”, starting in the 18th century, a “new set of stereotypes about men as providers and public figures” emerged, accompanied by the idea of “women as nurturers and private caregivers”. These social stereotypes were further reinforced by work patterns: “Women tended to go to work while single but then to retire upon marriage, so the new stereotypes combined with that pattern to create the sense that women were peripheral workers, most suited for jobs that were an extension of, or preparation for, their caregiving at home.”

Factory automation has been ongoing since the start of Britain’s Industrial Revolution, but other occupations, which required more detailed human perception, were often thought of as more resistance to such trends. As sensory technology improves, however, these roles are increasingly at risk. Robotic sensors can now make more precise cuts to trees, eliminating tree surgeons, while the pioneering work on driverless cars may make America’s long lonely highways even lonelier, rendering truck drivers redundant.

A 2013 Oxford University study listed the occupations most likely to face automated elimination, with those near the top end tending to be stereotypically male, lower-paid jobs. For instance, cement masons and concrete finishers have a 94 percent chance of automation, while cargo and freight agents have a 99 percent likelihood of being replaced by machines. Truckers face a near 80 percent chance, with the study bluntly noting: “Truck driving will soon be automated”. A host of other jobs (such as machine setters, rock splitters, locomotive engineers and vending machine repairers) face around a 90 percent chance of automation. At the same time, roles such as nurses and various social work positions have a low likelihood of automation.

End of divisions
As male-dominated jobs disappear, they open up the question of where men will find alternative forms of employment. Unless men who once had those jobs simply drop out of the workforce, the obvious answer would be for them to re-enter the job market in search of roles traditionally thought of as feminine. Jobs dominated by women are not only persisting, they are also those projected for the highest growth in coming years.

According to Hanna Rosin in her somewhat sensationally entitled book The End of Men, of the 30 job roles projected to grow at the fastest rates in the coming years, 20 are dominated by women, such as nursing, accounting, child care and food preparation. “The list of working-class jobs predicted to grow is heavy on nurturing professions, in which women, ironically, seem to benefit from old stereotypes”, said Rosin.

Whether men successfully turn to ‘women’s work’ may depend on them overcoming their own prejudices. According to Coontz, men “are either going to have to learn that care work can be manly (nursing requires a lot of strength after all) or they will be marginalised. And they are learning, but they have been slower to adapt to what was traditionally defined as ‘women’s work’ than women have been to adapt to and enter what was traditionally defined as ‘men’s work’. The very things that privileged men in the past – the higher prestige of male occupations, the contempt [for] or dismissal of ‘women’s work’ – are now a major barrier to their adaptation to the new economy”.

Since the gains made by feminism in the 1960s and 1970s, Coontz said, “we have been helping women go beyond the limiting messages and options of ‘the feminine mystique’”. Society must now “offer the same kinds of opportunities, encouragement, social support and training for men, so that they can expand… beyond the constraints of the masculine mystique”.

Others, however, are not so optimistic. Even if men re-enter the workforce in this expanding economic sector, divisions of labour could still reappear.

Joyce Jacobsen, Provost and Vice President for Academic Affairs and Professor of Economics at Wesleyan University, argued that, “there is still gender segregation in which caretaking occupations the men enter”. New job categories within sectors “can be created and thus continue the fundamental pattern of widespread occupational sex segregation”. For instance, “men may be orderlies but women [are] nurse assistants. Men do appear quite reluctant to enter female-stereotyped occupations”. She pointed out gender segregation has stayed fairly stable in most occupations, with the historical pattern being a switch from male to female (or vice versa) domination in roles, rather than integration.

Humans or robots
The economy “has become more amenable to women than to men”, wrote Rosin. Yet gender roles are not set in stone: they are, as the true-yet-clichéd phrase of social sciences goes, “socially constructed”. They are constantly subject to change, depending upon larger forces in society: the structure of the workforce being one such force. As automation and the closing of stereotypically male jobs starts to become more generalised, a change in attitudes may come with it. Men growing up with the expectation of following their father into the factory only for the plant to close may have ingrained perceptions of certain jobs not being for them. However, as boys grow up with no expectation of obtaining such jobs, they may be more willing to enter the workforce in what are currently seen as feminine roles.

As more men enter these jobs, the gender stereotypes may gradually chip away. Divisions of labour will hopefully no longer be between men and women, but between robots and humans.