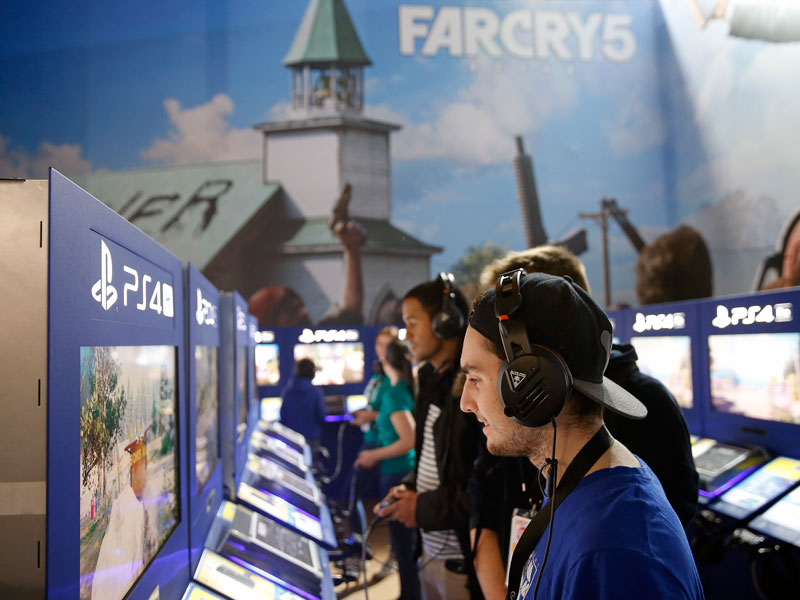 Ubisoft, which publishes gaming franchises such as Far Cry, is exploring ways to incorporate blockchain technology into its games. It has developed a prototype game called HashCraft, which rewards gamers with digital currency

Blockchain first rose to prominence as the decentralised platform behind bitcoin. Then it began to be used for other cryptocurrencies, from Ethereum to Litecoin. The opportunities provided by an open, inviolable distributed ledger quickly caught the eye of other industries. Telecoms, healthcare and retail are just a handful of the sectors that could stand to benefit.

In the world of video games, the technology has the potential to create new forms of monetisation, introduce more robust player authentication and modify gameplay in a variety of ways. The New Economy takes a look at some of the best uses of blockchain in gaming.

Ubisoft
Ubisoft may be best known as the publisher of hit franchises like Assassin’s Creed and Rayman, but the French company has also been exploring how to incorporate blockchain in its releases.

One area being explored is how the technology can provide greater protection for creative property. Another is the possibility of allowing individuals to play a role in creating their own games. For example, Ubisoft has experimented with a prototype game called HashCraft, where gamers can upload worlds of their own creation and be rewarded with digital currency.

Fuel Games
In-game purchases have become extremely lucrative for video game firms, particularly as the ‘freemium’ business model has become more popular. However, these purchases are heavily weighted in favour of video game publishers – gamers have no way of selling assets back and whether they even ‘own’ them at all is debatable.

Sydney-based Fuel Games is an e-sport start-up looking to leverage blockchain technology to ensure that developers no longer have centralised control over in-game economies.

With the company’s first release, Etherbots, participants can purchase parts, build robots and battle against each other. Crucially, these digital assets can subsequently be sold to other players. Some items have reached prices as high as $18,000.

Based around the growing e-sport market, Plair rewards participants for their time, intellectual property and game playing with Plair tokens, which also hold real-world value. It is hoped that Plair will provide another route for gamers to monetise their activities. Unsurprisingly, the platform has already been described as “a gamer’s best friend”.

Etheroll
Etheroll is a pretty straightforward betting game where players gamble on the outcome of dice rolls. The main difference is that by using the Ethereum blockchain, players can be sure the game is fair.

The smart contracts involved are completely transparent, meaning players can examine the code behind the game and find out how the odds are stacked against them. In the case of Etheroll, the dealer only has a one percent advantage over the players.

By removing a centralised authority from the game, blockchain could be used to level the playing field in a host of other betting-based games.

Robot Cache
Steam may still be one of the most popular places to purchase PC games, but recently its competition has increased significantly. One such alternative, Robot Cache, is a blockchain-based marketplace that enables users to buy and sell games using a cryptocurrency called IRON.

Players can also mine the currency when they’re not playing, meaning they earn more tokens to buy games with. Developers are likely to be pleased with Robot Cache’s revenue model too.

When a user sells a game on the platform, they receive 25 percent of the sale, with the remaining 75 percent split between the platform and the developer. Normally, developers receive nothing for second-hand game sales.