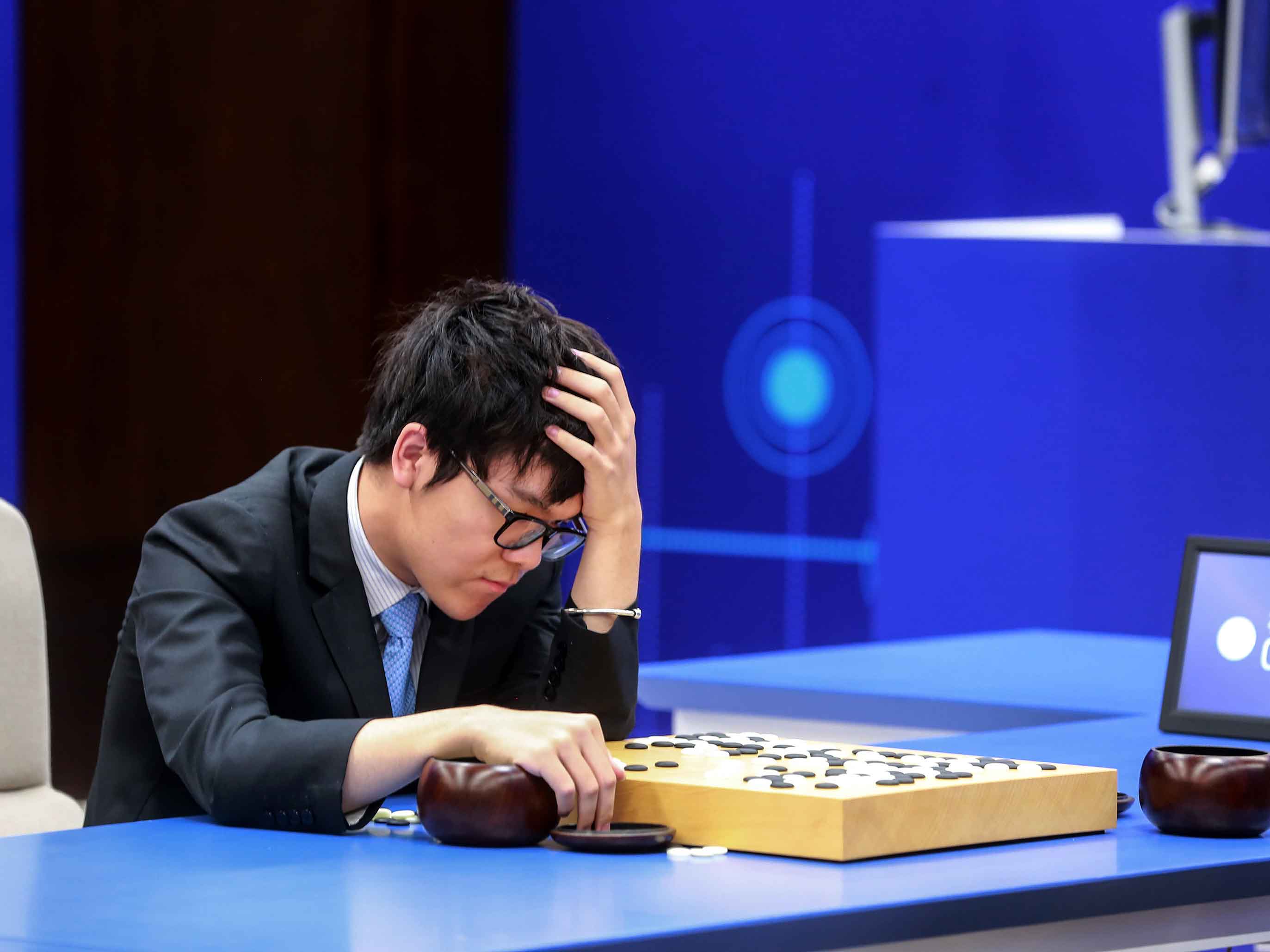 AlphaGo – an artificial intelligence program built by researchers at DeepMind, a British AI company acquired by Google (prior to its restructuring) in 2014 for $500m – has beaten Chinese world champion Ke Jie in a tournament of the notoriously difficult board game Go.

Last year, AlphaGo became the first AI to beat a human master, winning four of five games against the legendary Lee Se-dol, in a feat most experts assumed was many years further away. Now, by claiming victory in the second of three games scheduled against the world’s greatest living player, AlphaGo demonstrates the rapid progress of AI developments at DeepMind.

Beloved by mathematicians due to its complexity, Go is a two player game that involves placing black and white counters on a grid to seal off territories. It is significantly more difficult for algorithms to master than other board games, such as chess, due to the enormous number of potential moves.

A chessboard has 400 possible initial compositions; a computer can quickly simulate all the possible game scenarios for each of these and select the winning move, easily beating any human with what is known as the ‘brute force’ technique. Go, on the other hand, has 129,960 possible beginnings. Running an old fashioned ‘brute force’ on this enormous number is far too computationally expensive.

To teach a computer to play Go, researchers instead use machine learning; algorithms are fed enormous datasets of past human games and develop their own formulation of the game’s rules. Rather than relying solely on human training sets, AlphaGo also learned partly by playing against itself.

The win is an opportunity for DeepMind to showcase this significant development, which could potentially be applied to teach computers how to do many tasks, such as planning routes for self-driving cars, or sifting through vast databases to find potential drug molecules.

The high profile tournament held in the Chinese city of Wuzhen is also a PR opportunity for Google, which is attempting to reintroduce services to China. Google exited China in 2010, primarily due to a row over the country’s repressive censorship rules, but is now seeking access to the country’s massive market of internet users; local rivals providing search engine and email services have thrived in Google’s absence.

In a statement after the match, Jei declared he would never again risk the humiliation of defeat by competing against AlphaGo, describing the AI as, “like a god of a Go player”.