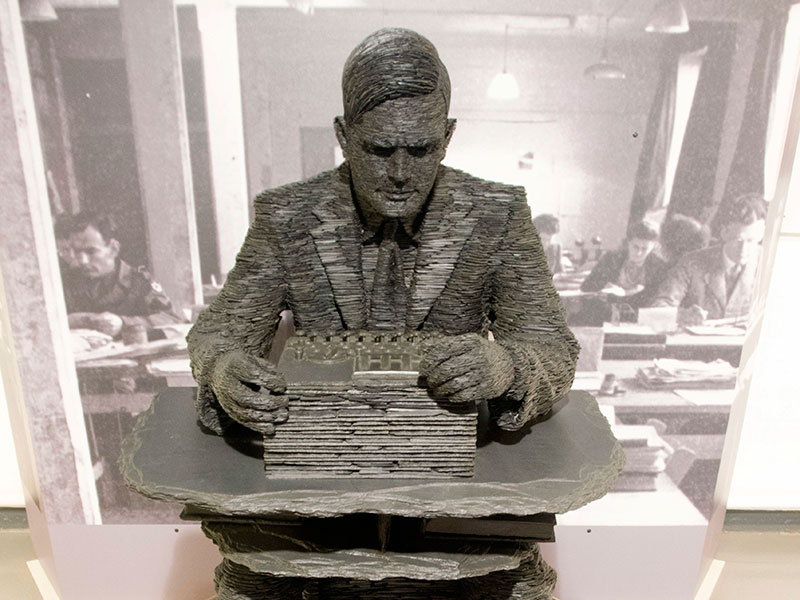 The Turing Award – sometimes referred to as the ‘Nobel Prize of computing’ – is named after Alan Turing, the British mathematician who formalised the concepts of algorithm and computation

A trio of computer scientists nicknamed the ‘Godfathers of Deep Learning’ have won the prestigious Turing Award for their pioneering work in the development of neural networks.

The trio worked both independently and collectively on the development of neural networks, which allow machines to better understand the world around them. Neural networks are part of an area of computer science known as deep learning – the process of educating machines through the construction of multi-layered networks that allow them to teach themselves to perform certain tasks.

By using a neural network to analyse thousands of old phone calls, for example, a machine can learn to recognise spoken words. Without these networks, a computer scientist would have to code individual rules into the system – a far more time-consuming approach.

Without neural networks, a computer scientist would have to code individual rules into a system – a far more time-consuming approach

Hinton first proposed applying a machine-learning approach to AI in the early 1980s. Alongside LeCun and Bengio, Hinton built upon this conceptual foundation over the following 30 years with the aid of powerful graphics processing units computers and an open access to huge datasets. The model that they pioneered is used today in the development of facial-recognition software, self-driving cars and warehouse robots.

“The growth of and interest in AI is due, in no small part, to the recent advances in deep learning for which Bengio, Hinton and LeCun laid the foundation,” said Cherri Pancake, President of the ACM, in a statement. “Anyone who has a smartphone in their pocket can tangibly experience advances in natural language processing and computer vision that were not possible just 10 years ago.”

Jeff Dean, Google Senior Fellow and Senior Vice President for Google AI, added: “Deep neural networks are responsible for some of the greatest advances in modern computer science, helping make substantial progress on long-standing problems in computer vision, speech recognition and natural language understanding. At the heart of this progress are fundamental techniques developed starting more than 30 years ago by this year’s Turing Award winners.”

The Turing Award – sometimes referred to as the ‘Nobel Prize of computing’ – is named after Alan Turing, the British mathematician who formalised the concepts of algorithm and computation. He also invented the Turing machine, which was used to crack the German Enigma code during the Second World War. Turing is widely considered to be the father of theoretical computer science and AI.

“One person who strongly believed the root of intelligence was learning was Turing,” Hinton told MIT Technology Review in an interview. In the 1950s, Turing developed a test for discerning whether a machine could be classed as being ‘intelligent’ or not, and suggested that, like a human mind, a computer could be subjected to a course of education to learn about the world around it. This paved the way for the development of neural networks and deep learning.

As such, the fact that this year’s award has been given to pioneers who furthered the concept of deep learning and built upon Turing’s original concept is a particularly poignant way to honour his legacy.