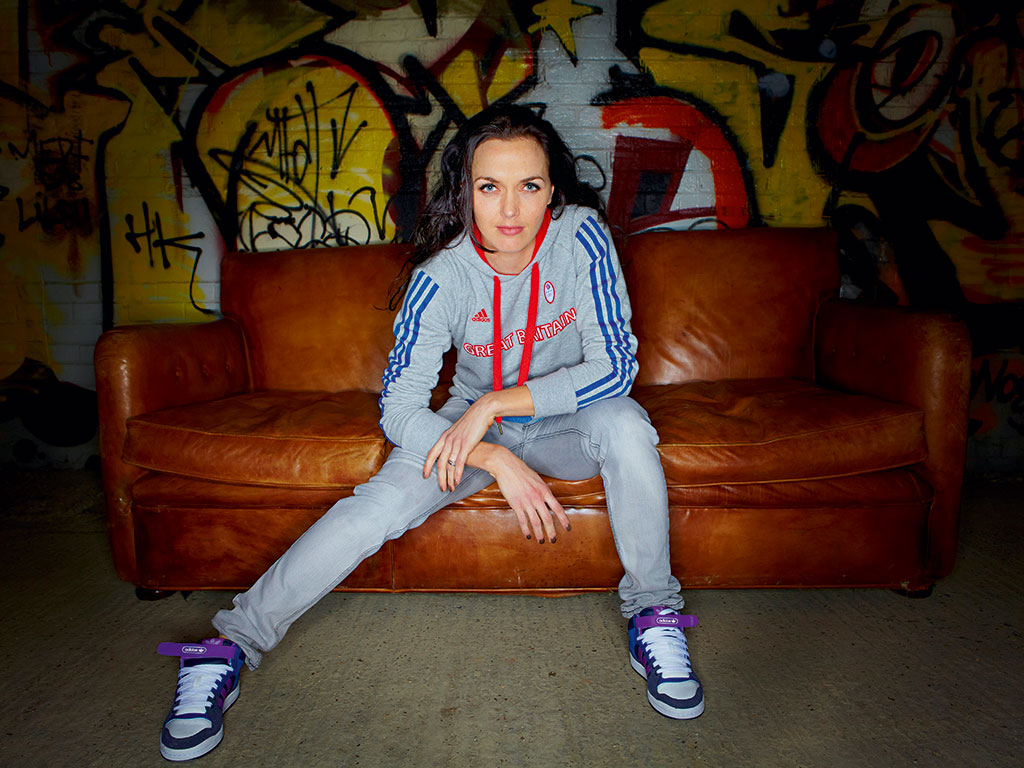 When considering a youngster who spends a lot of time online, has only a part time job and still lives at home, one might not automatically consider their spending power and consumer potential. But to dismiss them might be a mistake. Increasingly, companies are starting to realise that in many ways, young people are the ideal consumers.

This generation is young, well informed, and they have money to spend because they are not yet bogged down by mortgages or children

It is a fairly new consumer demographic. Though the term ‘young people’ is broad, it generally refers to 12- to 34-year-olds; today, they are known as the ‘Millennials’. They might still live at home, or in an inexpensive house-share with friends: they certainly do not have kids or dependents, and they grew up online. This generation is young, well informed, and they have money to spend because they are not yet bogged down by mortgages or children. And it finally seems like companies are starting to recognise how valuable this group can be.

The so-called Millennial generation – those born between the early 1980s and the early 2000s – are the largest generation since the baby boomers of the 1940s and 50s. According to research by the Pew Institute, 24.7 percent of the American population are Millennials, one percent more than the boomers – research by Barron’s puts the gap closer to seven percent. To ignore this generation’s massive buying power would be a big mistake.

Younger people are vital to a number of markets, from alcohol to technology, from fashion to snack foods, and from entertainment to travel. But more importantly, as key consumers, young people are shaping the future of industries as they mature, and choose brands and products they identify with and will likely carry with them for some time.

Recent research by Advertising Age suggests Millennials aged between 17 and 34 are expected to spend more than $200bn annually from 2017 and $10trn in their lifetimes – the largest consumer generation in history. This is the true value of young consumers: while they may be malleable and eager to experiment today, they are choosing the brands they will be loyal to for the rest of their lives. Every company should be interested in securing a piece of this multi-trillion-dollar pie.

That is where youth marketing comes in. Increasingly, companies have been turning to specialised advertising agencies to devise strategies that will reach the younger public directly. “Young people are a covetable demographic, because unlike other groups, they are more open to trying anything, so they are a great market,” explains Pedro Pirim Rodrigues, Commercial Director at digital magazine NOO, based in Rio de Janeiro. “At the same time, young people are aspirational, in a way, for older generations. Their lifestyle represents a certain nostalgia, which makes them natural trendsetters.”

Well-informed and ready to spend
Like no other generation, young people today are well informed about products and consumer goods, and they are less prepared to trust traditional advertising. In order to engage with these consumers, it is vital to break free from the constraints of traditional media. Rodrigues calls it ‘oneline’ marketing: campaigns that are connected with young people online and offline, but which are, most importantly, in line with them.

Young people are more likely to experiment, but they also expect much more from the brands they consume and the way these brands speak to them.

“‘Engagement’ is the current marketing mantra,” wrote Like Mitchell, Head of Strategy at the Beans Group, in The Guardian, after a Youth Marketing Strategy conference in London, “but in our research almost half said explicitly that they do not want to talk to brands using social media. A third said they do not follow a single brand, and the response to all our questions around the value of brands using social media for the consumer – such as the chance for one-to-one dialogue or the convenience of getting a quick answer – were met with a shrug and silence.”

The key thing when communicating with young people is creativity – and understanding what they want. “One of the key aspects of our style of marketing is that the young people feel like they are engaging with other young trendsetters,” says Rodrigues. “We never want them to feel like a brand is communicating at them, we want them to be engaged by other people like them. For young people it is really important to feel like they are a part of something, a part of a trend, so they are more reluctant to engage with traditional one-way marketing.”

BuzzFeed FTW
It would be foolish to write off social media and technology as anything other than vital tools of the trade. Whole businesses have developed around connecting young consumers with products and trends they might be interested in trying out. Websites such as BuzzFeed cleverly combine marketing campaigns with online content that appeals to young people. Viral videos that are shared ad exhaustion online are often clever ploys by marketing agencies, causing people to interact with their brand, however briefly.

BuzzFeed’s list- and GIF-based pages use humour to incorporate references to favourite or recommended brands.

“Start the conversation with custom social content. Our in-house creative team works with brands and agencies to weave their story into custom social posts that consumers identify with and share, written in an authentic brand voice,” it says on its in-house advertising page. The pages are designed to appeal to readers in a viral way; BuzzFeed wants readers to share their content.

And they do; according to BuzzFeed’s advertising page, 75 percent of readers come seeking content to share. The site is quickly emerging as the number one media outlet online, with over 100 million monthly unique views, 60 percent of which are from 18- to 34-year-olds.

More than just social media
According to research by youth marketing specialists the Beans Group, young people want to “receive and respond to messages as they arrive. They can manage communications across a range of devices at the same time. The majority, 52 percent, spend over 15 hours a week surfing the internet alone; 75 percent use their laptop as a TV and over 75 percent now have an iPhone, Blackberry or Android handset.”

Though these figures refer specifically to the UK market, the trend is global. The trick for marketing specialists, then, is to understand how their messages can be transmitted in a way that is relevant to today’s youth.

This is the true value of young consumers: while they may be malleable and eager to experiment today, they are choosing the brands they will be loyal to for the rest of their lives

Targeting younger people with specialised campaigns has become particularly appealing to smaller companies, which often have smaller advertising budgets and are more willing to experiment. Younger consumers are also appealing to these types of companies because as consumers they have not yet formed strong brand loyalty ties, and are more willing to try new products. However, over the last year, major companies have been dipping their toes into the waters and experimenting with youth marketing.

During the 2012 London Olympics, Adidas launched a highly successful campaign baptised as ‘Take the Stage’. Though it wasn’t specifically geared to youth demographics, the language and style of the campaign strongly appealed to younger buyers. Adidas made full use of its status as a top tier sponsor of the event, and went all-out to achieve a hard-hitting and broad campaign that spanned from the athlete’s uniforms to billboards and online viral videos. It was a carefully devised affair: Stella McCartney designed the uniforms for the athletes, bringing a luxury feel to the whole thing along with an invaluable PR boost. Athletes graced billboards adorned with motivational quotes, and stylish TV spots.

But key to the whole thing was the way Adidas got young people from London’s Olympic Boroughs to engage with the brand throughout. Young people were invited to produce online documentaries, telling their stories and those of their neighbourhoods. The sporting goods giant also set up a number of ‘Adizones’ around the country: multisport outdoor facilities that encouraged young people to participate in Olympic sports. There were also Adidas photo-booths spread around the Olympic areas, where athletes and the public could photograph themselves in the brand’s gear.

No action was huge in itself, but as a whole, these relatively small enterprises were hugely appealing to young people. According to Campaign Live: “Twitter appearance on the brand’s Twitter channel achieved a 32 percent share-of-voice through the games and boosted @adidasUK’s following by 20,000.” The campaign was much lauded and received a number of awards.

What Adidas conveyed brilliantly with the campaign was that to attract young people, to engage with them, and to make them want to engage with your brand, TV spots and newspaper coverwraps are important, but the outreach is what makes it happen. It’s what Rodrigues describes as oneline advertising when he sends brand ambassadors and trendsetters to spread the word about his campaigns. And though Adidas’s campaign was huge, it was the smaller aspects of it – the photo booths, the online documentaries – that really engaged younger audiences.

Still niche
However, despite big brands starting to see the value in marketing geared towards younger consumers, over the last couple of years the Millennial generation has suffered some hard knocks. Youth unemployment in Europe is at an unprecedented high, and it has only started to come down slowly in the US after peaking in 2012, when 54 percent of 18- to 24-year-olds were looking for work. University fees have gotten higher and spending power has plummeted. But youth marketing remains a valuable tool for companies hoping to attract new customers; after all, the broke students of today are tomorrow’s ABC class consumers.

Rodrigues believes that companies are still somewhat sceptical of the value of advertising targeted at younger people, particularly because youth marketing companies are run by young people themselves. “It is still very niche. Companies are a bit sceptic about investing money in what they see as ‘kids’ creating marketing campaigns for other kids,” he says. “Unfortunately today, what we are still seeing is a campaign with a £2m budget allocate £1.8m of that to traditional advertising and them punting £200,000 to the ‘kids’.”

It is simply not enough for brands to have a Twitter account and a Facebook page and hope their consumers respond; they need to reach beyond social media to connect with this crowd. Younger generations have been brought up online, they want to be seen and heard on those platforms. It is a golden opportunity, there for the taking. If a company is willing to put in a little time and a little effort to get to know these kids then, with a bit of hard work, their consumers will want to buy into their products, and commit to their brands loyally for life. And then they will tell their friends about it on Twitter.