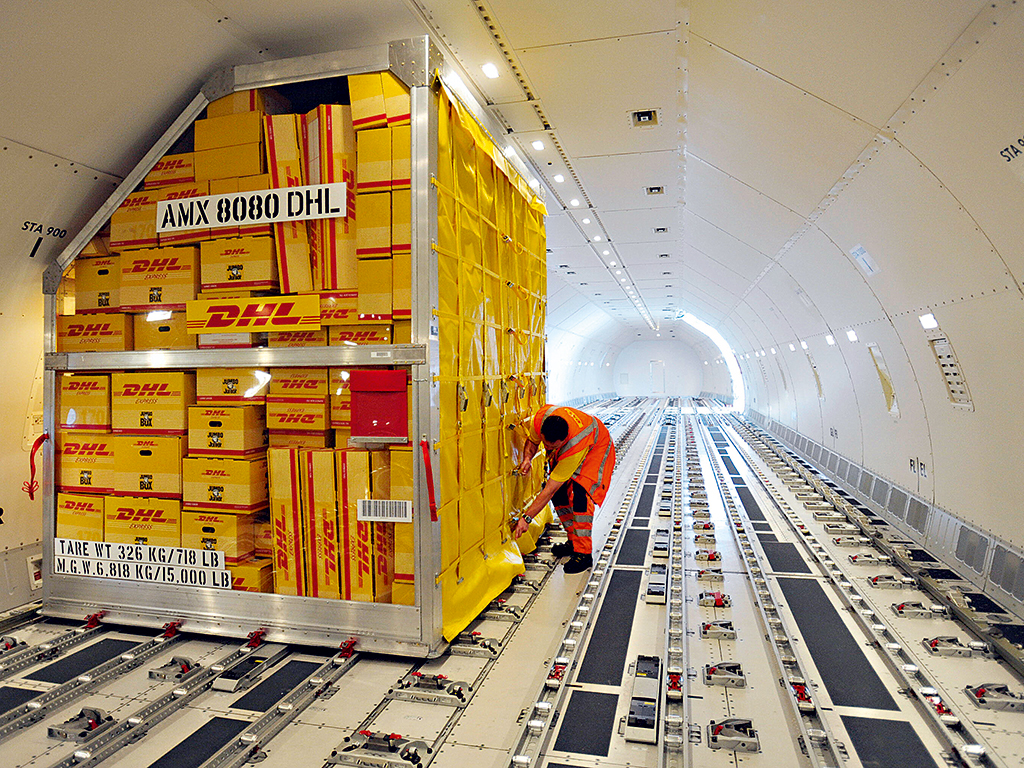 As criminal patterns and smuggling techniques evolve, Customs and other enforcement agencies have had to become more innovative in their use of combative technology

World trade has changed tremendously in the last 50 years. Containerisation revolutionised the shipping industry in the same way the assembly line influenced manufacturing: it drastically changed the economic environment. In an effort to harness the benefits, numerous port cities, old and new, reinvented themselves, logistics was streamlined, trade barriers reduced and supply chains became globally integrated and interconnected. As a consequence, today, approximately 90 percent of world trade by volume is carried by sea. The launch of Maersk Triple E class container vessels, with capacity for 18,000 20-foot containers, is another game-changer in the maritime sector. In a similar vein, both aircraft capacity and air cargo volumes have grown exponentially. According to the International Air Transport Association (IATA), international freight volumes will reach 34.5 million tonnes by 2016, compared with 29.6 million tonnes in 2011. IATA also forecasts airlines will carry 3.6 billion passengers by 2016, which is 831 million passengers more than in 2011.

Criminal patterns and smuggling techniques constantly evolve, requiring Customs and other enforcement agencies to be
ever vigilant

Since global supply chains are increasingly interconnected, a rupture or an incident on one side of global supply chains can have a catastrophic impact thousands of miles away. These may lead to short delays or a total halt of production lines or distribution networks. Criminal patterns and smuggling techniques constantly evolve, requiring Customs and other enforcement agencies to be ever vigilant. Today, governments require Customs not only to provide fair and accurate revenue collection, but increasingly to play a role in protecting citizens from security threats, criminal activity, consumer and health threats, weapons smuggling, precursor chemicals, drugs, hazardous waste, counterfeit goods and contaminated food. Customs are expected to ensure a level playing field for businesses in terms of market access and facilitation of their cross-border trade, both inwards and outwards. These two particular components have a direct impact on a country’s competitiveness, and economic and social development.

Fighting an ever-faster war
Being at the forefront of trade compliance, Customs and other border agencies face a serious challenge: how to effectively combat illegal trade while facilitating legitimate trade? Despite surging volumes of trade and passengers, governments in many countries have been obliged to cut budgets for different programmes, and staffing levels have often decreased as a consequence.

Bearing in mind a global demand for greater velocity in travel and trade logistics, it is clear that control agencies are increasingly unable to efficiently exercise their functions on every ship or aircraft. 100 percent physical inspections, still practiced in some parts of the world, are proving to be inefficient and burdensome for all supply chain actors.

Accordingly, the World Customs Organisation (WCO), an intergovernmental organisation based in Brussels and representing 179 Customs administrations around the world, developed new instruments and tools to address these challenges. Some Customs administrations introduced a 24-hour advance manifest rule for sea cargo, Authorised Economic Operator programmes and other standards that ‘push the border out’ (where intelligence-enabled risk-based controls can be exercised before the arrival of goods at the border). Airline industry stakeholders have also developed Trusted Traveller programmes and introduced exchange of Passenger Name Record data. These measures are aimed at providing regulatory and enforcement agencies with the information necessary to conduct risk analysis and targeting, which form a part of their overall risk management system. Using these systems, border agencies can better focus their limited resources on high-risk goods and passengers.

of world trade by volume is carried by sea

customs administrations represented by the WCO

A critical element supporting any risk management system is the use of technology. Border technologies have evolved rapidly and are now highly efficient tools for detecting fraud, smuggling and other types of illegal behaviour. However, all types of detection technology – be they chemical, biological, radiation or nuclear (CBRN) detection technologies, non-intrusive inspection equipment, biometric equipment, trace detection, air sampling technologies or surveillance systems – have their limitations. Limits can normally be defined in terms of detection capabilities, throughput volume, level of automation, ease of deployment, operational and maintenance costs.

For example, cocaine dissolved in liquid or oily substances is almost impossible to detect by an X-ray scanner. A negative result may be obtained if a mixture is swallowed by a trafficker, or if drugs are dissolved and packed in containers. The only way to detect this malicious behaviour is through the use of complex Customs inspection and investigative techniques. Another issue is a high number of false alarms – known as false positives – which can lead to higher than necessary rates of inspection. It is very important for equipment operators to be highly skilled to keep this number as low as practical, and ensure the highest detection performance (which will ultimately result in better trade facilitation). In order to achieve this balance, a lot of work needs to be done behind the scenes, including a constant dialogue between intelligence units, risk analysis teams and technology detection units that are not always united or collocated in the same department or agency.

The trade-off
There is no universal solution for cargo screening. There are different systems on the market that vary by size, type of goods to be scanned, scanning speed, penetration capabilities, image quality and radiation dosage, to name but a few factors. For example, the more precise the image of the system is, the bulkier the system is likely to be.

The majority of the technologies available on the market still need human supervision or intervention. For example, equipment operators have to learn how to ‘read’ the results produced by the CBRN detection machines. Other skills vary from very basic in the case of drug identification kits (where the substance is identified almost automatically and the result is provided to a user) to the specific knowledge and experience needed to decipher an image produced by an X-ray scanner.

Continuous training and sharing of experiences between operators and agencies have become an important success factor in the use of these technologies. Operational costs are a real and on-going issue both for vendors and users. Since the number of both buyers and vendors in this market is limited, it creates very specific conditions where the market is dominated by large vendors (technology companies) competing for a limited number of buyers (governmental agencies and other supply chain actors).

The specific nature and purpose of these technologies often lead to high research and development costs, coupled with a limited guarantee of a return on investment. Regardless, there exists widespread practice of foreign governments and donors providing certain types of border equipment and border infrastructure. However, on-going operating and maintenance costs usually remain within the remit of the beneficiary border agencies and these may become a significant burden if not carefully managed.

Stronger together
Having listed these challenges, it would be wrong to cast a blind eye on the progress made to overcome them. Technology systems have become more sophisticated, interoperable and user-friendly. Companies invest heavily in R&D to provide their clients with innovative solutions for emerging threats. There is a growing evidence of public-private partnerships based on information exchange and sharing best practices. In 2013, the European Commission funded a research project into automated comparisons of X-ray images for cargo scanning, with reference material to identify irregularities. Several research institutes, along with Customs administrations and technology producers, are working on the project. Another noteworthy trend is the air express industry providing Customs authorities in a number of countries with direct access to their tracking systems in order to enable Customs to identify and intercept high-risk air cargo consignments in real time.

Technology is not a silver bullet in the fight against illegal trade, but automated technologies are an important and increasingly necessary component in the toolkit of Customs and border agencies. They allow agencies to re-evaluate their business models by integrating them into areas where they have the highest impact. Technology also allows the concentration of human resources in the critical areas where complex tasks need to be resolved.

There is also a growing consensus that global supply chain safety, security, transparency and resilience are a shared responsibility of both the public and private sectors. Any chain is as strong as its weakest link. It is in the interests of all to secure international supply chains in order to benefit from globalisation while offsetting its costs.