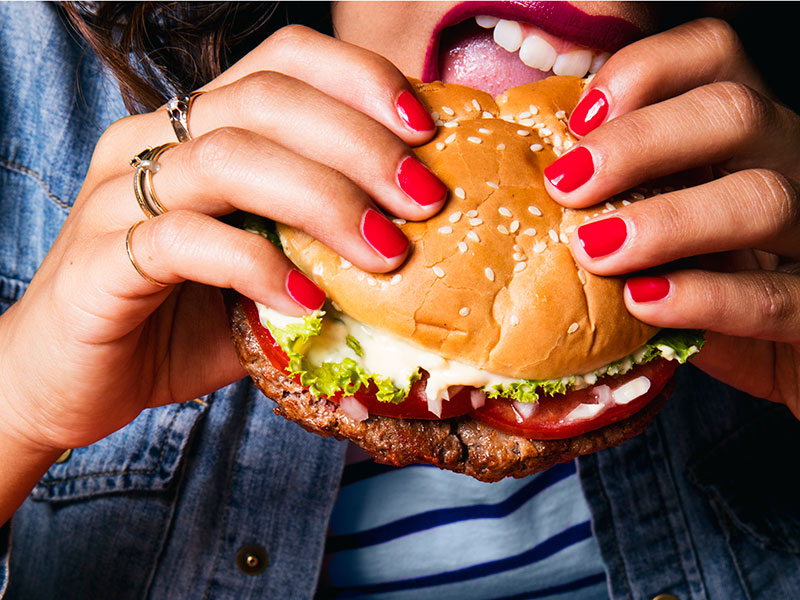 Impossible Foods uses genetically modified yeast to produce heme, which is then incorporated into its burgers to give them the colour and flavour of real meat. Image: Impossible Foods

On July 23, Impossible Foods, the West Coast firm that makes “meat using plants”, received official confirmation from US food regulators that one of its key ingredients was safe for human consumption. In a letter to the company, the Food and Drug Administration (FDA) said it had “no questions at this time” regarding soy leghemoglobin and whether it was “generally recognised as safe”.

The San Francisco-based company is best known for its Impossible Burger, which uses a patty made from wheat and potato proteins, coconut oil and xanthum. The most important ingredient, however, is soy leghemoglobin and the iron-rich protein it carries, heme.

Heme is found in all animal tissue but also occurs naturally in soy plants, albeit in smaller quantities. Impossible Foods uses genetically modified yeast to produce heme, which is then incorporated into its burgers, meatballs and other products to give them the colour and flavour of real meat.

Although the Impossible Burger has been available for some time, last summer the FDA said it had not received sufficient information to establish whether consuming heme was safe. However, following the submission of a 1,066-page document, which included data from years of research, the FDA has issued its formal approval.

“Getting a no-questions letter goes above and beyond our strict compliance to all federal food-safety regulations,” explained Impossible Foods founder and CEO Dr Patrick O Brown. “We have prioritised safety and transparency from day one, and they will always be core elements of our company culture.”

Although both vegetarianism and veganism are on the rise globally, getting people to cut meat out of their diet completely can still prove a difficult task. Creating good meat substitutes like the Impossible Burger, therefore, is hugely important.

Not only does it boost animal welfare, but it also delivers wider environmental benefits: eating just one Impossible Burger, for example, saves the equivalent of 75sq ft of land or 18 miles worth of vehicle emissions when compared to eating a burger made from beef.