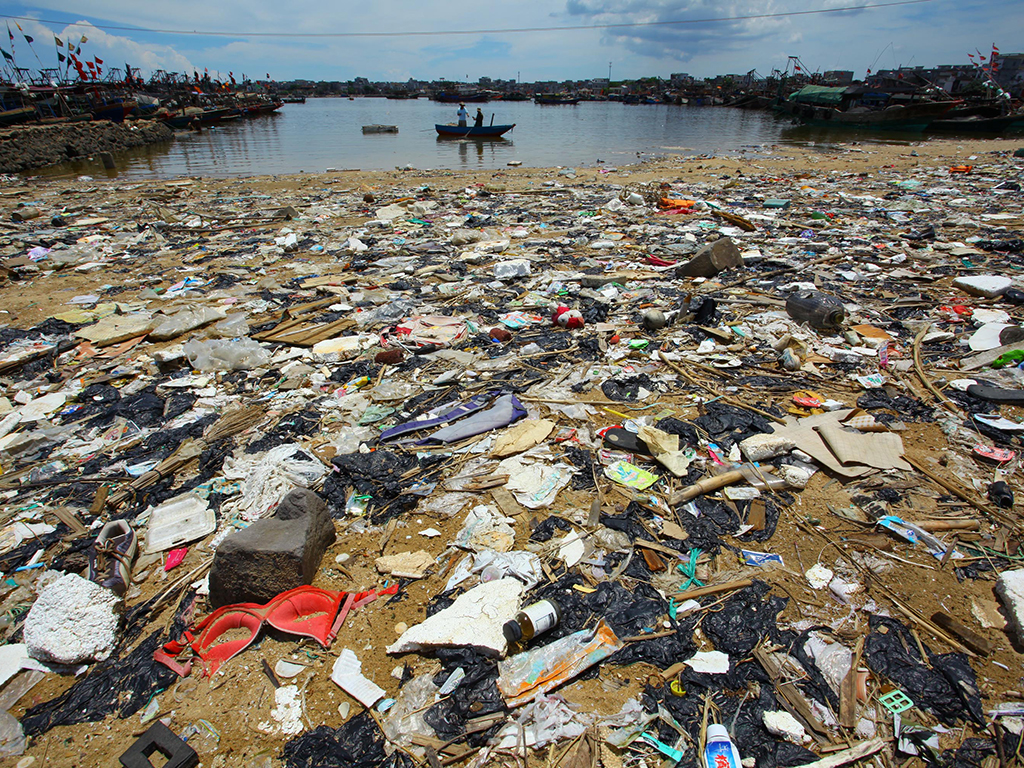 Rubbish along a beach in Anquan village, south China's Hainan province. The country has the worst record for marine pollution according to a study by Science

In a country-by-country analysis of plastic waste in the sea, published by Science, scientists developed a new framework to measure mismanaged plastic waste and, for the first time, quantify the annual flow of plastic waste into the ocean from global populations living within 50km of a coast.

China tops the list of the most mismanaged waste

The research names the world’s 20 worst polluters based on the size of coastal population and national plastic production. China tops the list of the most mismanaged waste, with 3.5 million tons of marine waste produced annually. Asian nations take 13 out of the top 20 places while the US comes in at 20 on the list. The study estimates that 8 million metric tons of plastic waste flows into the sea every year, with this figure to increase to 9 million in 2015.

The researchers from the US and Australia derived a calculation that estimated the mass of plastic waste entering the ocean from each country in 2010 and then projected the increase to 2025. They projected the amount of waste based on population growth estimates and started with the overall mass of waste produced per person annually in 192 nations that have coastlines, they then worked through the proportion of that waste likely to be plastic and how much of the plastic could end up in the ocean due to each nation’s waste management practices.

“Population size and the quality of waste management systems largely determine which countries contribute the greatest mass of uncaptured waste available to become plastic marine debris,” stated Jenna Jambeck and her team in the published research paper. “Improving waste management infrastructure in developing countries is paramount and will require substantial resources and time. While such infrastructure is being developed, industrialized countries can take immediate action by reducing waste and curbing the growth of single-use plastics.”