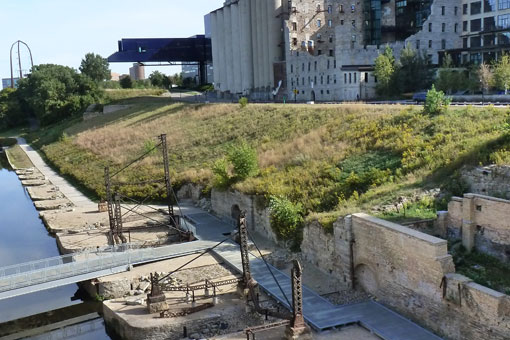 They give D- ratings to drinking water, inland waterways, levees, roads, and wastewater. Aviation, dams, hazardous waste, schools, and transit all get D ratings. It is estimated that more than $2.2trn is needed to rectify the problems.

Drinking water
According to the society the US’s drinking water system faces mind-boggling public investment needs over the next two decades. At least $11bn will be needed every year to replace “aging facilities that are near the end of their useful life”, and to bring them in line with water regulations.

The society recommends a comprehensive federal plan to increase funding for improvements in water infrastructure and related expenditures. They also recommended the creation of a Water Infrastructure Trust Fund and several other funding options to make certain that this huge shortfall in funding can be met.

Inland waterways
The national network consists of more than 12,000 miles of navigable waterways which serve 41 US states – including all of the states lying to the east of the Mississippi River. There are 257 locks in the system.

Six years ago the US Army Corps of Engineers (USACE) classified 47 percent of these locks as “functionally obsolete”. If no new locks are constructed in the near future, by 2020 another 93 locks will become obsolete, which will mean that 80 percent of all locks in the system will be obsolete.

The society also recommended a comprehensive programme of updates to restore these strategic assets.

Levees
Levees have a direct impact on public safety. These man-made barriers – which include floodwalls, pumps, closures, drainage systems, and transitions – are often all that stands between a town or city and flood waters – as hurricanes Katrina and Rita so clearly showed. According to an initial report by the USACE, 177 of these levees are likely to fail in a flood event.

The society recommended the establishment of a National Levee Safety Commission, a nationwide inventory of levees, improved emergency plans, and increased funding to solve the problem.

Roads
The authorities can clearly not keep up with providing an efficient road system in the United States. Between 1980 and 2005, the total VMT (Vehicle Miles Travelled) increased by 94 percent for motor cars and 105 percent for trucks. During this period, however, the country’s highways only increased by 3.5 percent.

The increased traffic causes added wear and tear, delays, and higher accident rates. It is estimated that $240bn will have to be spent every year until 2020 to eliminate the backlog in road construction and maintenance.

Wastewater
The society’s report says that: “The physical condition of many of the nation’s 16,000 wastewater treatment systems is poor due to a lack of investment in plants, equipment, and other capital improvements.”

Many systems are on the verge of becoming obsolete. Older systems are beset with problems such as chronic overflows during snowmelt and rainstorms, which often cause the discharge of raw sewage into surface water. An estimated annual investment of $21bn per year will be needed to eliminate these problems.