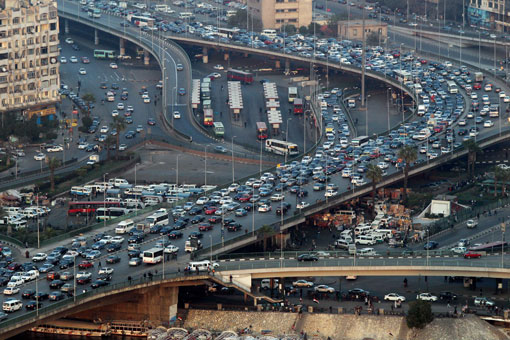 In 1994 the World Development Report published by the International Bank for Reconstruction and Development (often referred to as the World Bank) clearly highlighted the urgent need for infrastructure development and redevelopment throughout the world.   Throughout the world, population growth demands governments to make huge investments in electric power installations, bridges, roads, airports, telecommunication systems, sewerage works, public water works, and other similar infrastructure.

The wars and upheavals in Iraq, Afghanistan, Libya, and Syria have caused extensive damage to the infrastructure of these countries. Roads and bridges have been destroyed, power plants are out of action, water purification systems are not functioning, and telecommunication systems have been damaged – in some cases beyond repair.

Some of these countries, including Libya, are now in a position where they have no choice but to accept loans from the IMF to repair destroyed infrastructure; this, of course, places a heavy burden on future generations.

At a meeting of the World Economic Forum on the Middle East and North Africa that took place in Marrakech, Morocco in late 2010, the Regional Vice President for North Africa and the Middle East of the World Bank, Shamshad Akhtar, said: “The region’s infrastructure needs are between $75bn and $100bn a year for the next five years, after experiencing an investment low of US$6bn in mid-2009.”

This was, of course, before the upheavals in Libya and Syria, and the Arab Spring uprisings.

In many ways Egypt’s infrastructure needs are representative of the needs of many other Middle Eastern countries.  The country faces the ongoing problem of reconciling a growing need for the upgrading of infrastructure and building new infrastructure with large budget deficits. The ageing and deficient infrastructure regularly causes gridlocked roads and power outages, which is inhibiting economic development and growth.

In 1988 Egypt was able to spend 12 percent of GDP on infrastructure; this figure had shrunk to five percent by 2007. With budget deficits usually in the range of eight percent of GDP, Egypt does not have much manoeuvring space apart from getting private investments to make up the shortfall.

In 2009 the government granted the first public-private contract – for the construction of the New Cairo Wastewater Treatment Plant – to a company called Orasqualia. The successful closure of the deal led Egyptian Trade Minister Rachid Mohamed Rachid to announce that Egypt was “aggressively seeking” further private partners for infrastructure projects.