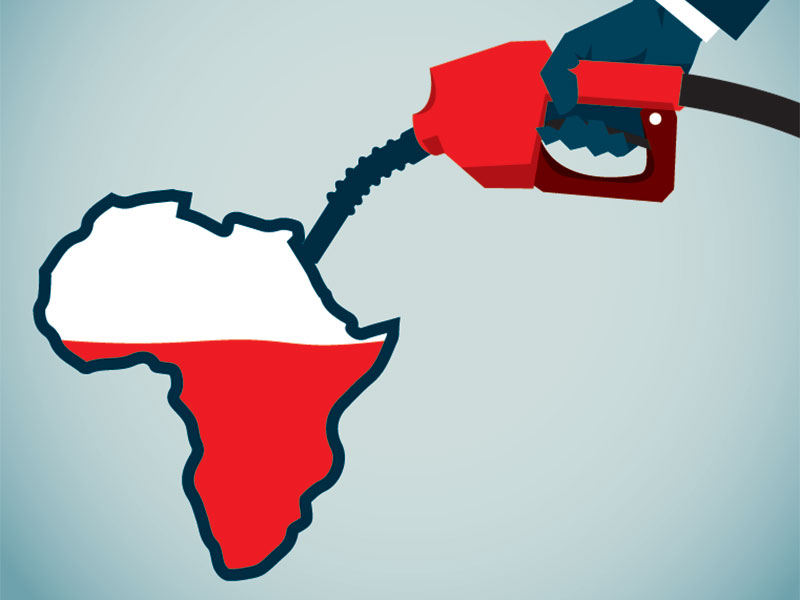 When it comes to clean energy, western nations must not adopt a 'my way or the highway' approach, or they risk widening global inequality dramatically

For the well-off in both rich and poor countries around the world, lives are enriched by plentiful access to energy, which provides light, fresh food and clean water, as well as powers technology and allows for the control of temperature.

Abundant energy provides the same life-transforming labour as hundreds of servants: without a refrigerator, we would need to locate fresh food daily, store shelves would be half-empty, and a lot of food would go bad before we could eat it. In fact, this is one reason why stomach cancer was the leading cancer in the US in 1930. Without synthetic fertiliser, which is produced almost entirely with fossil fuels, half the world’s food consumption would be imperilled.

Without modern stoves and heaters, we would need to find our own firewood, and we would risk being poisoned in our own houses by killer air pollution. And without fuel-powered trucks, ships and machines, humans would need to do nearly all the hard labour.

Moving the goalposts
Worldwide, fossil fuels produce two thirds of all electricity, with nuclear and hydro producing another 27 percent. According to the International Energy Agency (IEA), solar, wind, wave and bioenergy produce just 9.8 percent of electricity in the OECD, and this is possible only because of huge subsidies, cumulatively totalling over $160bn this year. Even ultra-environmentally aware Germany still produces more than half of its electricity with fossil fuels.

Yet there is a disturbing movement in the West to tell the 1.1 billion people who still lack these myriad benefits that they should go without. A familiar refrain suggests that instead of dirty, coal-fired power plants, poor countries should leapfrog straight to cleaner energy sources like off-grid solar technology. Influential donors – including the World Bank, which no longer funds coal energy projects – endorse this view.

The underlying motivation is understandable: policymakers must address global warming. Eventually moving away from fossil fuels is crucial, and innovation is required to make green energy cheap and reliable. But this message to the world’s poor is hypocritical and dangerous. While fossil fuels contribute to global warming, they also contribute to prosperity, growth and wellbeing.

There is a strong, direct connection between power and poverty: the more of the former, the less of the latter. A study in Bangladesh showed that grid electrification has significant positive effects on household income, expenditure and education. Electrified households experienced a jump of up to 21 percent in income and a 1.5 percent reduction in poverty each year.

Reliance on coal is not ending soon. While we would wish otherwise, it often remains the cheapest, most dependable energy source: the IEA estimates that, by 2040, coal will still be cheaper, on average, than solar and wind energy, even with a sizeable carbon tax.

Problems come to light
Over the past 16 years, nearly every person who gained access to electricity did so through a grid connection, mostly powered by fossil fuels. And yet donors say that many of the 1.1 billion people who are still without electricity should instead try solar panels.

Compared with expensive grid expansion, providing an off-grid solar cell is very cheap. But for the recipient, it is a poor substitute. It offers just enough power to keep a light bulb going and to recharge a mobile phone, which is better than nothing – but only barely. The IEA expects that each of the 195 million people with off-grid solar will get just 170kWh per year – or half of what one US flat-screen TV uses in a year.

Perhaps not surprisingly, the first rigorous test published on the impact of solar panels on the lives of poor people found that while they got a little more electricity, there was no measurable impact on their lives: they did not increase savings or spending; they did not work more or start more businesses; and their children did not study more.

Little wonder: 170kWh is not what most of us would consider real access to electricity. Off-grid energy at this level will never power a factory or a farm, so it cannot reduce poverty or create jobs.

And it will not help fight the world’s biggest environmental killer: indoor air pollution, which is mostly caused by open fires fuelled by wood, cardboard and dung, and claims 3.8 million lives annually.

This is not a concern in rich countries, where stoves and heaters are hooked up to the grid. But because solar is too weak to power stoves and ovens, recipients of off-grid solar panels will continue suffering.

Balance of power
In 2016, the Nigerian finance minister, Kemi Adeosun, called the West out for its “hypocrisy” in attempting to block Africa from using coal to solve its power shortages: “After polluting the environment for hundreds of years… now that Africa wants to use coal, they deny us.”

A Copenhagen Consensus study for Bangladesh found that building new coal-fired power plants there would, over the next 15 years, generate global climate damage eventually costing around $592m.

But the benefits from electrification through higher economic growth would be almost 500 times greater, at $258bn – equivalent to more than an entire year of the country’s GDP. By 2030, the average Bangladeshi would be 16 percent better off.

Denying Bangladesh this benefit in the name of combatting global warming means focusing on avoiding 23 cents of global climate costs for every $100 of development benefits that we ask Bangladeshis to forgo – and this in a country where energy shortages cost an estimated 0.5 percent of GDP, and around 21 million people survive on less than $1.25 per day.

There is no choice: we must fight energy poverty and fix climate change. But that requires a huge increase in green energy research and development, so that clean sources eventually outcompete fossil fuels.

And it means recognising that it is hypocritical for the world’s wealthy, who would never accept survival on a tiny amount of power, to demand this from the world’s poorest.