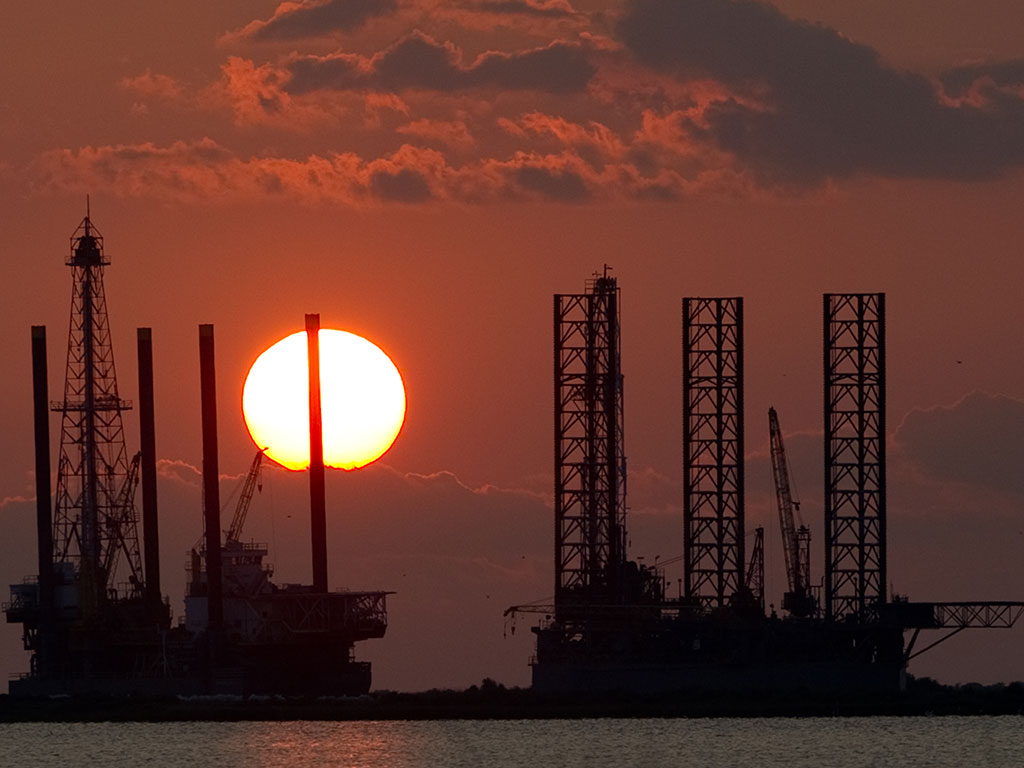 The sun sets behind two incomplete oil platforms. Already in 2016, oil prices have reached levels not seen since the early 2000s and could conceivably reach the point where production is unprofitable for OPEC member states

After a dismal start to 2016, oil prices are set to get even worse, warn analysts. According to Morgan Stanley, the price of oil could fall to $20 a barrel, while Standard Chartered took an even more pessimistic view, predicting the price would fall even lower, to $10 a barrel.

Brent crude oil has already dropped below $31 a barrel a year – a price not seen since the early 2000s – has been hovering around the $31 mark ever since. Meanwhile the US oil price benchmark, West Texas Intermediate, saw a 12 year low of just over $31 a barrel.

By making oil, which is priced in dollars, more expensive, demand could fall further

While the price of oil has been bearish since 2014 (when OPEC maintained production levels in the face of falling prices), some analysts argue new developments threaten to push the price even further down. The slowdown in China has widely been seen as a reason for oil’s price fall, but as China devalues its currency to try and boost its export-sector, it is feared that by making oil, which is priced in dollars, more expensive, demand could fall further.

“[That] could lead to another round of commodity weakness and send oil into the $20s”, wrote Mr Longson, an analyst at Morgan Stanley, in a report produced for the bank and quoted by the Financial Times. “$20-$25 oil price scenarios are possible simply due to currency.’’

A number of financial institutions such as Barclays and Societie Generale have revised down their expectations for oils performance, but Standard Chartered’s was the most pessimistic.  The Irish Times reported the bank’s predictions that prices would reach as low as $10 a barrel due to the fact that “no fundamental relationship is currently driving the oil market towards any equilibrium”, so “prices are being moved almost entirely by financial flows caused by fluctuations in other asset prices, including the USD and equity markets”.

Such low prices, however, could force OPEC’s hand to finally cut production. As a cartel, OPEC is relatively dysfunctional, with different members unable to agree or trust one another when it comes to cutting production. However, once oil reaches as low as $10 a barrel – which is the cost to Saudi Arabia and other Gulf states of producing a barrel of oil – the Saudis, OPEC’s de facto leaders, may be forced to finally push through an agreement with other member states to cut production.