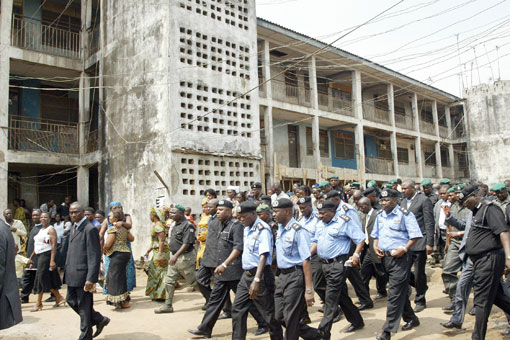 A number of major international cities – from Beijing, to Tokyo – are compelled to continually deal with infrastructure issues due to massive population and industrial growth. Lagos is currently facing similar concerns, which are compounded by several obstacles that have impeded infrastructure development in the past. In an attempt to deal with these issues proactively, the government has announced plans to undertake various construction projects that will enable the city to accommodate an influx of residents. Finding investor funding for these projects, however, has been a challenge.

Recent obstacles to progress
Lagos faces several issues that threaten to put a halt to the rebuilding. Land prices in Lagos are extremely high, since there is very little space available for commercial development. Nearly all of the residential buildings in Lagos are built horizontally, which means that in some parts of the city there are more buildings than people. The ability to construct high-rise vertical residence buildings has been hampered by a lack of regular electricity service, which would be necessary to supply power to elevators. Banks have also been loath to finance real estate construction projects in the city due to the slow progress of some previous work and the economic instability of the area.

The lack of funding for projects has proven to be an overwhelming obstacle to progress in Lagos. According to the city’s government, nearly £32bn (NGN8 trillion) is needed to completely improve the infrastructure of Lagos. Since the city’s current annual budget is about £2bn for all necessary services, finding the funding to expand construction has been almost impossible. Speaking about the shortfall, governor Babatunde Fashola explained the current dilemma: “Every year, the best we can ever manage to do is about $3bn. The calculation of our budget is about that size and that includes all the taxes that you pay, so you can see what we are up against.”

Upcoming projects
Despite the challenges of the past, several institutions are taking a chance on investing in Lagos’ infrastructure projects. The International Finance Corporation, an arm of the World Bank, has announced plans to build a hospital in Cross River State and may consider plans to undertake a second Niger River bridge project in the future. This project will serve a twofold purpose: constructing a necessary facility in the area and serving as a model for future investors. The plans will outline financing options, the role of stakeholders, strategies for conflict resolution, and government project incentives – issues that have led to the demise of previous construction proposals.

Along with the assistance of outside investors, the Lagos government is taking its own steps toward a more stable future for its residents. The newly developed Asset Management Corporation of Nigeria (AMCON) is coalescing real estate funding to create the biggest property development and management company in the area. The government is also consolidating several banks in an effort to increase capital for commercial lending for NGOs to construct affordable housing developments.