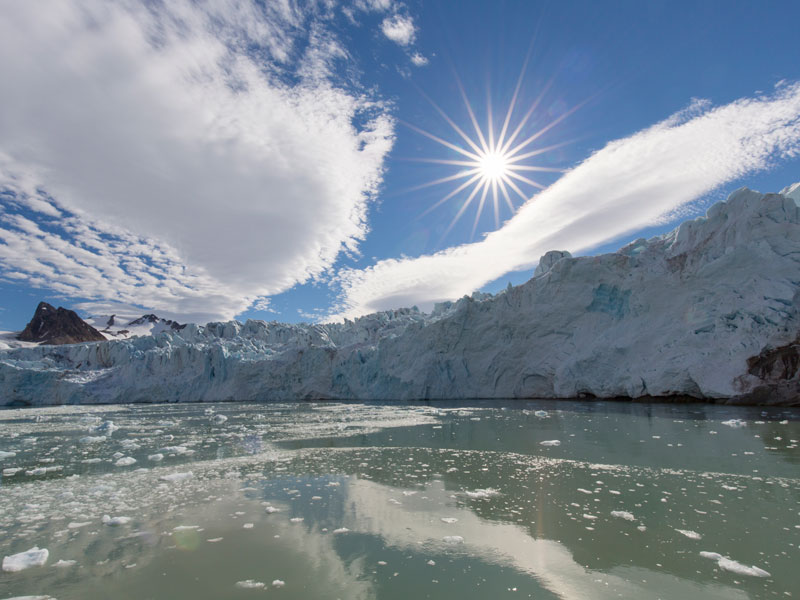 The average global temperature is increasing as a result of solar radiation. With new technology such as stratospheric aerosol injection, the impact of the sun's rays can be reduced

While academics in Europe and North America have long discussed the efficiency of solar radiation management (SRM) to reduce climate change, scientists from developing countries are now demanding a seat at the table. On April 3, 12 scholars from countries in the Global South, including Bangladesh, Jamaica and Thailand, published a paper in science journal Nature. Their argument was that, since developing countries have the most to lose as a result of climate change, they should lead research on solar geoengineering.

SRM technology includes stratospheric aerosol injection (SAI), where sulphate particles are injected into the atmosphere to reflect solar rays. The effect mimics that of a volcanic eruption, when gas and dust particles block incoming solar radiation. The technology is controversial, however, as it could prove difficult to shut down if long-term consequences turn out to be damaging.

The academic community has also expressed concerns that if a country implements SRM unilaterally, poorer countries that are more susceptible to the effects of global warming could suffer extreme side effects.

“There is no question that developing countries would bare disproportionate risks of experiments with SRM,” said Kasia Paprocki, Assistant Professor in in the Department of Geography and Environment at the London School of Economics. “This is particularly true for places like Bangladesh, where a significant portion of the population relies on agriculture for survival.”

If a country implements SRM unilaterally, poorer countries that are more susceptible to the effects of global warming could suffer extreme side effects

By sharing expertise on a global platform through collaborative projects such as the paper published in Nature, potential risks to developing nations should come to light before SRM is executed.

Hidden costs
The Copenhagen Consensus Centre – a think tank that researches solutions to global problems – suggested that it would spend an average of $750m per year over the next decade on SRM and air capture research, another form of climate engineering.

The SRM Governance Initiative (SRMGI), meanwhile, is currently offering $400,000 in funding, and has called upon scholars to apply for finance of up to $10,000 per grant as part of its Decimals Fund.

The exact financial cost of deploying SRM is difficult to pinpoint, as it depends on how much sulphate each country wishes to inject into the atmosphere. Andy Parker, SRMGI Project Director, told The New Economy : “One also has to factor in costs such as security for the SRM operations, backup delivery infrastructure as a safeguard against failure, monitoring costs to understand the climatic effects and some kind of compensation arrangement in case of claims for damages.”

On a positive note, however, experts have concluded that solar geoengineering is more cost-effective than lowering carbon emissions. According to academics from Miami University and Northern Arizona University, “every dollar spent on SAI will yield $25”.

Heated economy
In accordance with the UN Sustainable Development Goals, advanced economies have jointly pledged to contribute $100bn a year by 2020 to address climate change in developing countries.

The Paris Agreement states that it will take developing countries longer to reduce their greenhouse gas emissions. Since lowering CO2 emissions is more expensive than solar geoengineering, developing economies such as China and India, which rely on fossil fuels, should invest in SRM research now to minimise future economic losses.

While academics have discussed that reducing CO2 emissions is a more pressing issue for policy makers than implementing SRM, some believe that the two strategies should be implemented in conjunction: “If SRM worked well and could be governed effectively, it could therefore reduce the impacts of climate change while humanity cuts its carbon emissions,” explained Parker. “It could then reduce losses to the global economy from climate change.”

There is still research to be done to conclude that solar geoengineering can reduce global warming. It is important that developing nations have their input in SRM research, especially if they are most at risk. As long as policy makers in developing countries regulate the reduction of carbon emissions alongside developing SRM technology, fossil fuel-dependent economies such as China and India won’t suffer as much in the long run.