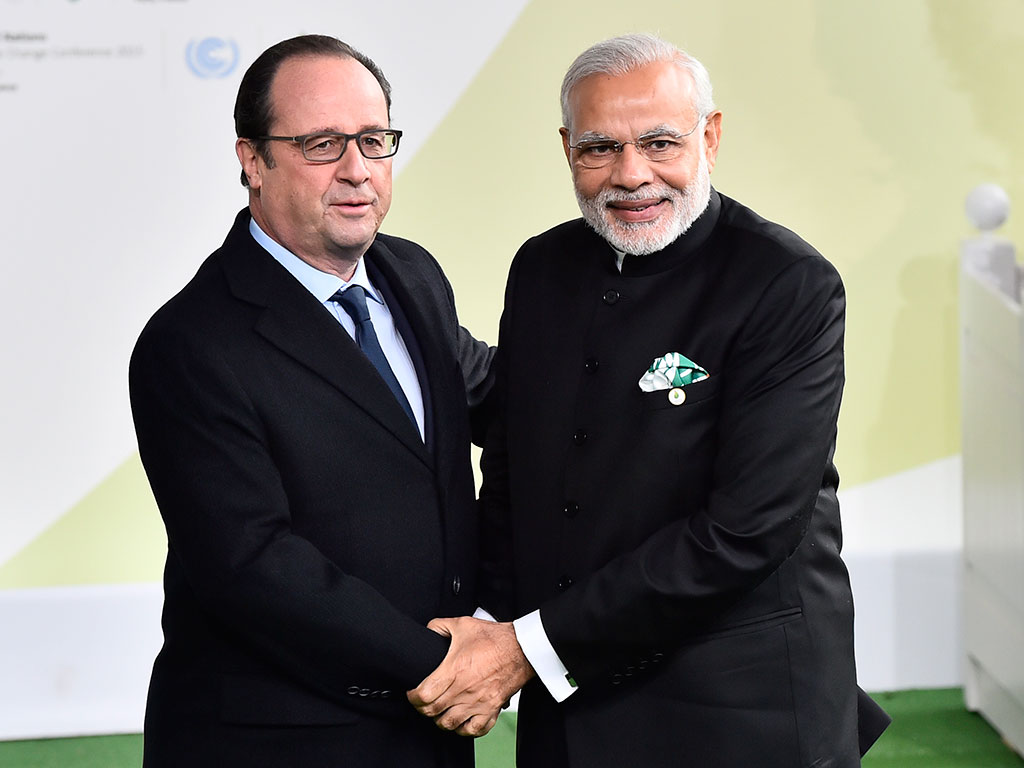 President Hollande and Prime Minister Modi meet in France, at the COP21 2015

The United Nations Climate Change Conference – or COP21 to most – is to begin today (November 30) in Paris, as representatives from over 190 countries gather to discuss the international political response to climate change. The negotiations are scheduled to take place over two weeks, over which time world leaders should reach an agreement on a new global approach to climate change.

Each nation will come armed with INDCs (Intended Nationally Determined Contributions) of their own making, containing the specifics of how they’re to reduce emissions and lead the transition to a low carbon future. There are concerns, however, that the INDCs, when taken together, will exceed the IPCC’s two degrees gateway and mean the international community must reconvene at a later date to commit to more reductions.

It’s also worth noting that many of the world’s developing nations – particularly island nations – are of the opinion that any more than a 1.5 degrees rise would be catastrophic.

Much of the focus for the conference will fall on carbon emissions and how developed and developing countries alike can kick their reliance on fossil fuels. One major area of contention is how much responsibility mature economies should accept for historical emissions, and the issue is likely to be a major area of contention. Another issue is whether or not an agreement will be legally binding, with the US, as well as Canada, pointing out that a Republican-dominated Congress wouldn’t ratify any legally binding treaty.

Not just government delegates but industry representatives, business leaders and environmental activists – 40,000 in all – are scheduled to attend. All will be looking to avoid the failure of Copenhagen in 2009, when world leaders were invited to the party too late and failed to make any changes of note. With leaders attending from the start this time around, observers will be hoping Paris will be a notable improvement.