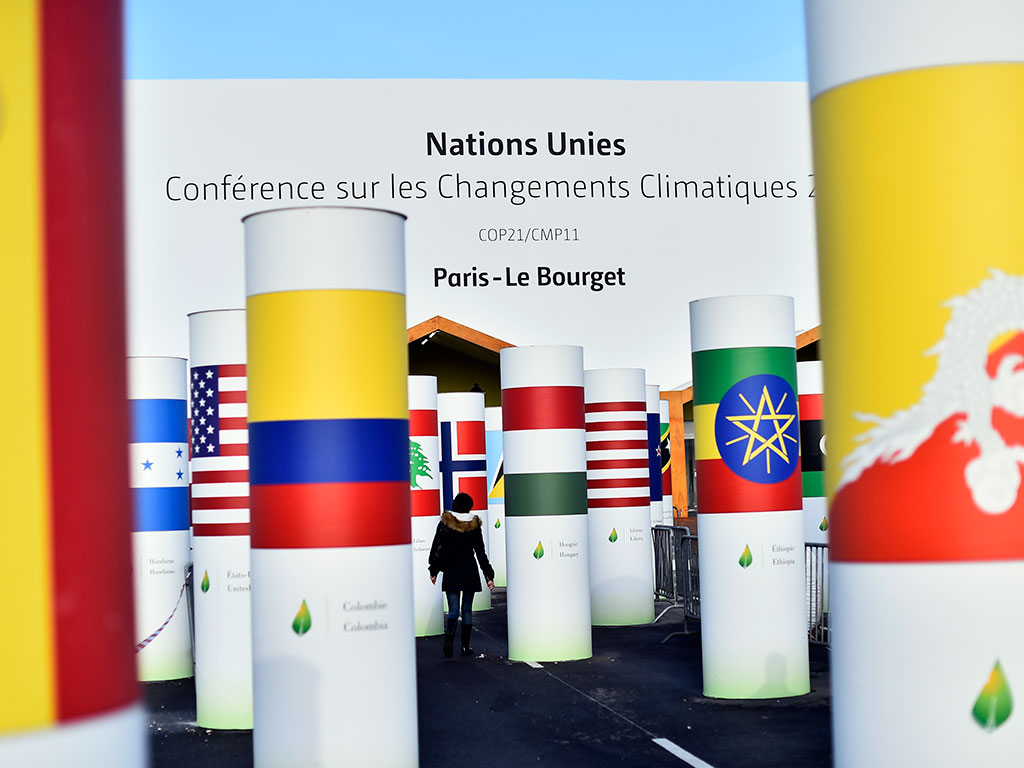 Before global leaders can take any substantial action against climate change, they need adequate funding

The question of whether negotiators in Paris will sign up to a shared commitment on climate change depends on whether there is willingness enough to stamp out wayward emissions, and as much was said in Ban Ki-moon’s introductory remarks. Far more than the will to make it so, however, an international agreement rides on access to capital, and yet, the specifics of climate finance were largely absent from the 140 plus speeches delivered on day one.

Broadly speaking, the over 190 nations represented at COP21 are split into two categories: givers and receivers. And an international deal depends in great part on whether wealthier nations can free up enough funding – in an equitable and transparent fashion – for developing nations to finance the transition to a low carbon economy.

According to Carbon Brief, developing nations have put in a request for $3,534bn in funding for the period spanning 2015-30, looking only at their INDCs; the scale of this request is doubling shocking given it has been suggested that countries not include financial particulars in their them. What’s more, it looks likely the $100bn Green Climate Fund (GCF) deal, forged in Copenhagen six years ago to smooth the transition for poorer countries, could fail to materialise by 2020 – as intended.

The latter point will be of particular concern in the early stages of the summit, and developing nations are unlikely to commit to any deal with quite the same enthusiasm – if at all – should wealthier nations fall short of their $100bn promise. Going back to the last days of October, only $87bn had been accounted for: $62bn by way of public and private funds, and the rest attributable to development banks. Should wealthier nations fall short, any discussion on the issue of climate finance will be built on fractured relations.

The full $100bn
Looking again at the GCF, the 12-day talks kicked off on a positive note: Erna Solberg of Norway pledged to double the country’s $258m donation, on the condition that it “ensures verified emission reductions from deforestation and forest degradation”, whereas Mariano Rajov Brey of Spain pledged to do much the same for the country’s €120m donation. Vietnam’s Nguyen Tan Dung, meanwhile, took the third day of Paris to pledge an additional $1m, although the nation will likely prove a net beneficiary of the fund.

John Hodges, Managing Director of Advisory Services at BSR says of the GCF, “mobilising more funds to mitigate climate change and help emerging economies adapt to imminent climate impacts is a worthy cause. However, there are already a lot of existing international organisations focused on climate financing.” The World Bank, for example, already devotes $10bn a year to climate finance, and is asking its members to double their contributions in Paris. “So the creation of a new fund with a similar role and mission as existing funds can arguably just result in the shifting of resources as opposed to raising additional resources.”

Hodges goes on: “There are aspirations that the GCF will raise significant investment by the private sector. However, many large investors are already making commitments themselves through their own businesses and don’t necessarily need a third party to manage green investments for them, particularly when the return on investment is very unclear. Take Bank of America, for example, which already has a $125bn environmental finance commitment over 10 years under its own business operations and has long track record of financial management.”

This being said, the issue of climate finance is not as simple a matter of the wealthy parties gifting money to poorer countries, and a global agreement on climate change requires a radical redistribution of funding. Known in some circles as “shifting the trillions”, the question of finance extends far beyond the GCF, and this point is not one that has been lost on representatives gathered in Paris.

Climate finance how?
Looking at day one, the US, together with the UK, Switzerland, France and Germany, made a joint pledge of $248 to the Least Developed Countries Fund (LDC Fund), with a laser focus on identifying vulnerabilities and on rebuilding in the event of a climate-related disaster. Going back barely a year, there was talk of the LDC being hard up for funding, though the contributions should go some distance towards replenishing its coffers.

Surely the issue of climate finance is the most contentious of all at COP21, and precisely because the rest hinges on it. “Access to markets is critical for countries where the cost to reduce emissions is high,” says Katie Sullivan, the IETA’s director of North America and climate finance, “international market mechanisms can help them to achieve their targets at a lower cost. Allowing trading in the Paris Agreement can help channel and increase climate finance flows to countries with lower abatement costs, via means such as the Clean Development Mechanism, a REDD+ mechanism, or other market-based mechanisms.”

Major emitters such as India and China, meanwhile, have been far from shy in alerting those in attendance to the fact that more mature economies have contributed in great part to the issue of rising temperatures in years gone by. Any contributions, they say, should take into account historical emissions and the extent to which they’ve contributed to the problem. More than that, any fixture of the climate finance market must abide by strict governance controls and keep to any promises set out – as in the case of the GCF.

Certainly, a great deal rests on the ability of representatives in Paris to reach a shared agreement on how climate change adaptation and mitigation will be funded, and parties must make good on their outstanding commitments. Ambitious INDCs are fine, though without the means to fund them, the promises of Paris will likely come to nothing.