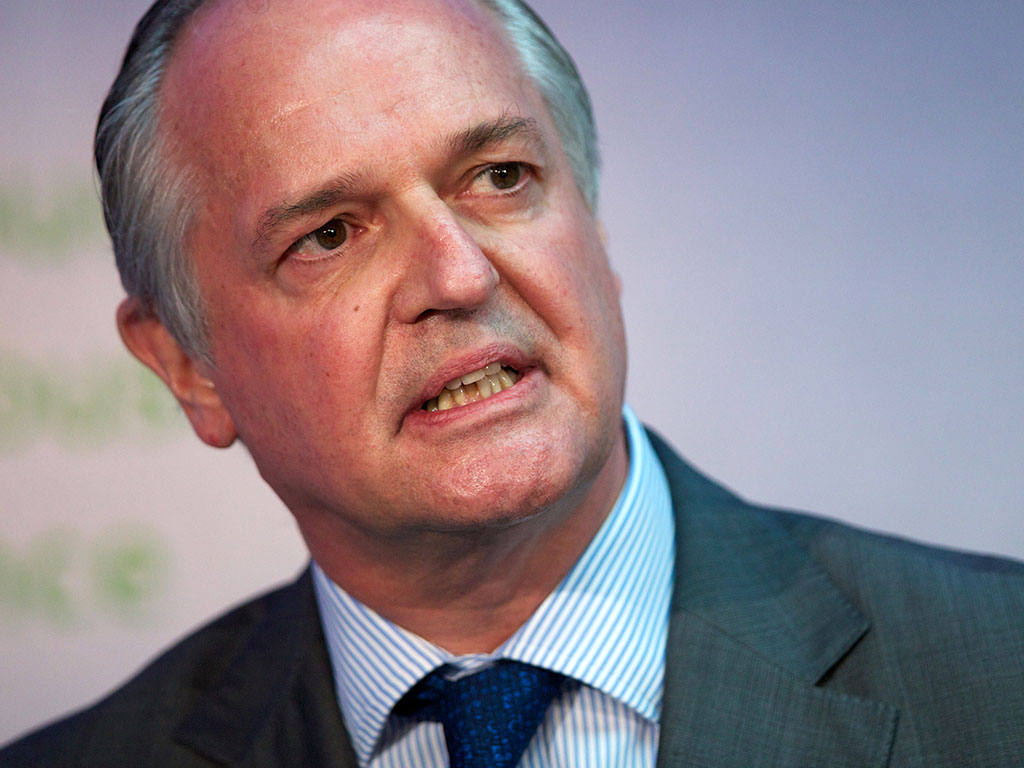 CEO of Unilever, Paul Polman, who said: “We all have a responsibility to act now by turning aspirations into practical solutions. That’s why today we are stepping up our own efforts by announcing that Unilever will be ‘carbon positive’ by 2030, eliminating fossil fuels from our business and directly supporting the generation of more renewable energy than we consume”

Whatever the agreement reached at the COP21 climate talks, it won’t be enough.

Eventually the world’s power will come entirely from renewable sources. It’s inevitable, but the current pace of change is sluggish at best. Governments will give businesses time, most likely too much, and targets will be re-evaluated at COP30-something when it becomes clear that no-one moved fast enough. People are acutely aware of this; it’s why parody billboards appeared all over Paris at the start of the conference that took aim at some of the event’s sponsors.

But some companies have seen the end of dirty power coming, and they’ll be at an advantage when the smokestacks are mothballed and the energy grid we know today fundamentally changes.

“The Paris climate talks represent a window of opportunity, but they are the start rather than the end of the journey,” Unilever CEO Paul Polman said in a statement prior to COP21.

“We all have a responsibility to act now by turning aspirations into practical solutions. That’s why today we are stepping up our own efforts by announcing that Unilever will be ‘carbon positive’ by 2030, eliminating fossil fuels from our business and directly supporting the generation of more renewable energy than we consume.”

It’s an attainable goal. In November all of the energy used by Unilever’s Japanese arm came from renewable sources, making 32 percent of Unilever products sold in Japan carbon neutral. Andrew Bowers, Supply Chain Director at Unilever Japan, said that the next step is to work with the company’s partners to do the same.

The targets were developed by Unilever with the assistance of Forum for the Future. Founded in 1996, Forum for the Future is a sustainable development non-profit based in London that has worked with companies including Levi’s and Pepsi. CEO Sally Uren said the organisation’s partnership with Unilever has lasted for 19 years, and that the future for sustainable projects is going to come from big businesses.

“We are going to get some kind of agreement in Paris in the next couple of days that’s really important. It probably won’t be as robust as we might like, so it’s really important that businesses like Unilever, who are massive, go further than negotiated agreements and really set the pace of change.”

Unilever is by no means the only company investing in green power for their own use. Apple is building new data centres that generate their own renewable power and IKEA’s Scandinavian business is entirely energy independent. Uren said businesses that run their own sustainable power operations are becoming more common.

“It’s certainly a good approach at the moment as what it allows them to do is put energy back to the grid, and overall increase the amount of renewable energy flowing through the system. One of the big drivers for adopting this approach is not just the fact that is saves them a tonne of money and gives them security of supply, but it’s consistent with their publicly stated ambition on broader sustainability issues. Strategically, all of these businesses have got very serious commitments to sustainable development and clearly reducing energy, as well as reducing carbon emissions, is pretty central.”

Uren said that this trend could lead to more local and creative partnerships between businesses and their partners.

“I think that’s an overarching trend with a shift from pure reliance on centralised energy distribution, a fixed grid if you will, to a decentralised energy provision. You see that happening in emerging markets in particular, so in fast growing economies like India they are actually going to leapfrog the stage that we went through here in Europe where we laid down all of this infrastructure that then helped us distribute energy. What renewable energy allows you to do is be much more flexible and cover a much more decentralised approach, which then allows you to generate energy locally from sources such as farms. This is all part of a sort of shift that we need to see; from a kind of very leaky and creaky energy infrastructure to a much more resilient, agile and renewable one.”

Currently India’s power system is, frankly, very poor indeed. In 2012 more than 700 million people were affected by mass blackouts when three of the nation’s five electricity grids failed. Increasing demand from India’s growing middle class for appliances has put a remarkable strain on the system.

According to the International Energy Agency 2015 World Energy Outlook, approximately 237 million people still don’t have access to power in India, most located in rural areas. A business case was developed by the Climate Group for off grid energy in India, and put forward a positive case for smaller systems to generate electricity for at least a few hours per day in rural communities. The Climate Group also hosted the India Off-Grid Summit 2015 in August promoting decentralised power solutions. India’s power future seems clear and progressive; many smaller interconnected generators instead of a few massive ones.

One hundred or so years ago the grid made perfect sense; put up a big, ugly power plant on the outskirts of a city where people can forget about it, and run lines to where energy is needed. Gradually it is becoming less feasible, and gradually it is changing.

New technology lends itself better to a new model. Instead of having a giant field of solar panels, it’s easier to have a couple on the roof of every building. Power stations won’t have to do the heavy lifting, as excess energy generated by businesses and residents is fed back into the system. It’s why Tesla’s next big project is a giant battery to hang on the side of your house. If you want to cut yourself off the grid, your excess power now has somewhere to go.

Governments will have to change plenty of regulations for the power grid to evolve, but they need businesses to give them the urgency and incentive to move away from an outdated energy system. Unilever can’t do it on behalf of everyone.