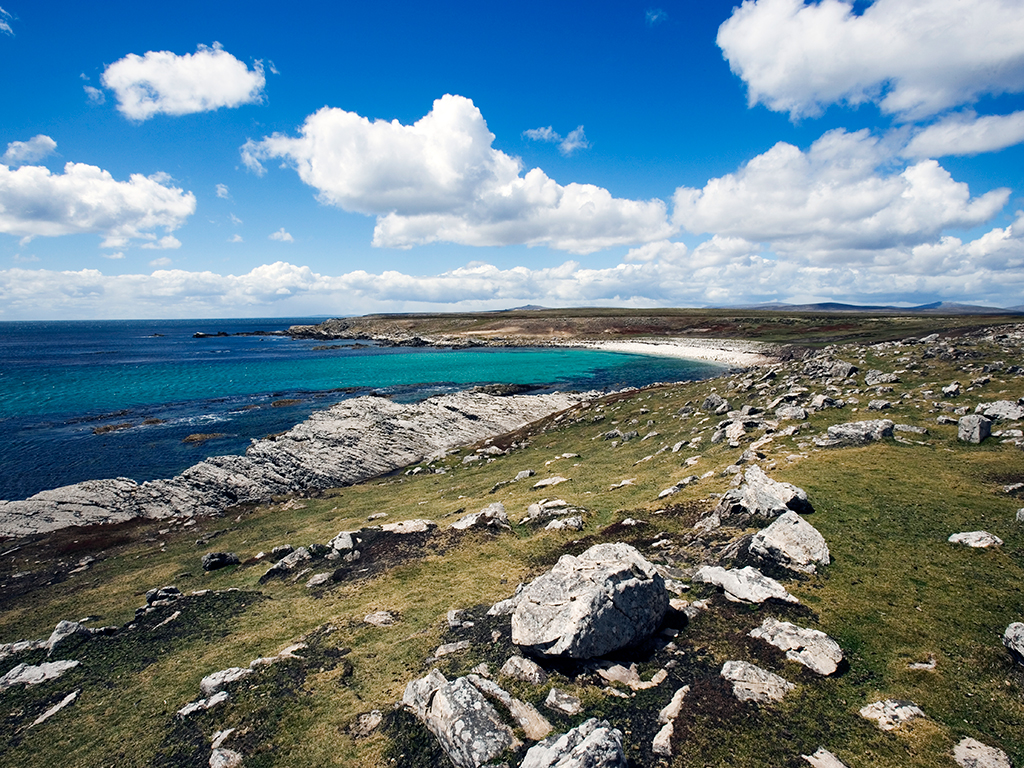 Pebble Island, Falkland Islands. Three companies have found significant oil deposits around the islands. The discovery is set to fuel debate between the UK and Argentina about who owns the islands

The quest to turn the UK’s windswept rocks in the South Pacific into a thriving economic outpost has taken an important step forward with the discovery of substantial deposits of oil by three UK firms. Premier Oil, Rockhopper Exploration and Falkland Oil & Gas revealed last week that they had found significant deposits in the seas around the Falkland Islands.

The drilling in the Zebedee field to the north of the islands is said have uncovered more deposits of oil and gas than previously predicted. 81 feet of oil was found, while 55 feet of gas was also uncovered. The Zebedee field is owned by all three firms – Rockhopper has 24 percent, with Premier and Falkland Oil & Gas owning 36 and 40 percent shares, respectively. Each of the companies share prices on the London Stock Exchange jumped on the announcement.

The news will further fuel the debate in Argentina over ownership of the islands, which it has contested with the UK for decades. Despite overwhelming support of the islands’ tiny population of fewer than three thousand to remain part of the UK, the Argentinian government has consistently laid claim to ownership of them. This is because both countries have long suspected that large deposits of oil and gas lie underneath the surrounding waters of the islands, meaning it could provide a substantial financial windfall.

Both governments released statements setting out there positions after the announcement. Argentina’s minister for the islands, which they call the Malvinas, said that they would arrest the owners of the companies if they were to travel to the islands without prior permission from their government. Citing environmental concerns, Daniel Filmus reportedly said, “The new exploration efforts to try to find hydrocarbons in the area carry a huge environmental risk. We want the owners of the companies to be tried according to Argentine laws and international statutes.”

However, the British Foreign Office replied that Argentina’s claim on the islands was unlawful, and therefore the companies were free to carry out their explorations. “We have always been very clear this is an unlawful assertion of jurisdiction over the Falklands Islands’ continental shelf and we will raise it will the appropriate authorities. We are satisfied that the Islands have the right to develop their hydrocarbons sector as a commercial venture with international oil and gas companies.”