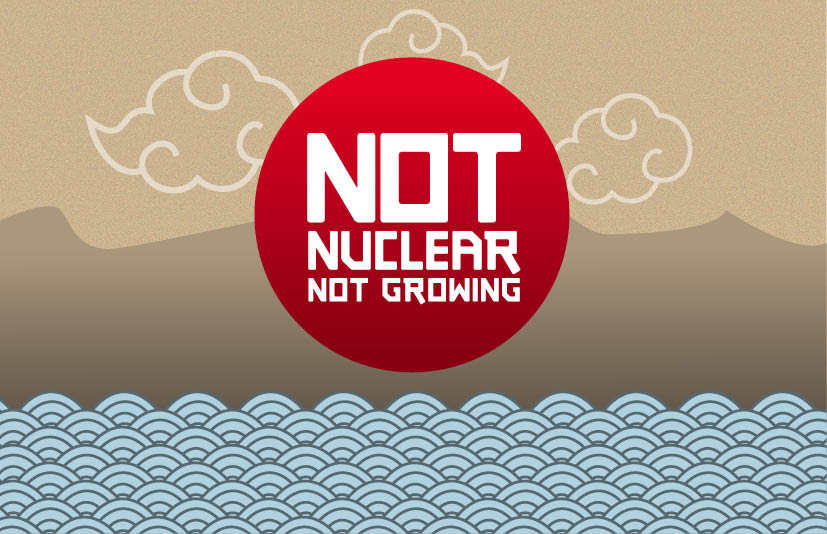 More than two years after the decimation of Fukushima, the enduring inhabitants of the prefecture – nuclear refugees – are yet to see out the invisible contagion that razed their livelihoods. The notorious Fukushima Daiichi disaster made for a paradigmatic case of human hubris meeting natural disaster – an event that vomited deathly waste onto ordinary people and subsequently made for a horrifying lesson on nuclear hazards.

Fukushima Daiichi was a small, humble region characterised by agriculture and the creation of traditional Japanese wares, and the few thousand who lived there were subjected to the abominable repercussions of Japan’s nuclear dependence. Apart from the rally of death popularly depicted by the international media, an array of ongoing problems in the aftermath of the disaster illustrated the consequences of Japan’s reliance on nuclear power, eliciting a – perhaps too eager – departure from this form of energy.

Prior to the earthquake and ensuing tsunami, the nation had intended nuclear power to comprise 50 percent of its electricity generation: 70 percent of the Japanese populace are now anti-nuclear. The Fukushima disaster – perhaps above all else – led to this marked reduction in support for the formidable power source. Shortly after the incident, officials expressed their intention to phase out nuclear power altogether by the 2030s.

Perhaps the enduring legacy of Fukushima is the region’s role in spurring a growing nationwide appetite for renewable energy. It sparked Japan’s fruition as a leader in pioneering sustainable means of electricity, and signalled a departure from contaminative energy sources. The project originally showed a great deal of promise, but has since been hindered by growing economic pressures.

Kick start initiatives
Not long after the tsunami struck in March 2011, the ruling Democratic Party of Japan (DPJ) was persuaded to instigate a fundamental shakeup of the country’s energy market. The government, in this instance, recognised an important opportunity to advance renewables and depart from a comprehensive nuclear programme that had been stifled partway through.

The DPJ introduced a series of clean energy feed-in tariffs (FiT) to incite a nationwide investment drive in the renewable energy sector. The FiT programme implemented attractive rates to effectively offset the higher costs of renewable energy and thus diversify Japan’s energy market. The proposed tariffs generated equity returns as high as 44 percent for solar and 51 percent for wind projects, and have since proved highly effective in initiating investment in renewables.

“The FiT did really kick-start the industry,” says Phil Dominy, London-based Assistant Director of Ernst & Young’s Energy and Environmental Finance team. “Until the FiT was introduced there had been little investment, even given Japan’s commitment to a shift away from nuclear power. Since its introduction in July 2012, there has been a significant increase in activity, with investment up 75 percent in 2012 – on the 2011 figure – to $16.3bn.”

In the six-month period following the FiT introduction, applications for renewable capacity amounted to 3.6GW, of which solar comprised 3.3GW. Whereas prior to the introduction of the FiT, residential-scale applications amounted to the majority of the market, 2.5GW of the 3.3GW produced afterwards was either commercial or industrial in scale.

Though they previously made up an extremely slim portion of the sector, renewable investment funds stemming from both public and private sources increased by similar degrees. Perhaps most notable was the Japanese asset manager Sparx, which won a contract from Tokyo’s metropolitan government in 2012.

An initial investment of ¥1bn (approximately $10.2m) in February this year – along with a further 30 potential investments – suggests advancement for the foreseeable future. The investment drive, however, is not just comprised of Sparx – private sector funds have, since then, been established by both Tokio Marine Asset Management and Mizuho Corp Bank, valued at ¥9bn ($91.8m) and ¥5bn ($50.9m) respectively.

Central vs local government
Though the current intention is to pursue developments in renewable energy, the central Japanese government is said to have hampered this by producing an energy policy mired in regulatory uncertainties and plagued by vague incentive schemes.

Local governments, conversely, have adopted a decidedly aggressive stance in their responses to the crises exacerbated by Fukushima, by-and-large seeking to overturn and offset the inadequacies of the central government. The Fukushima crisis was instrumental in highlighting central government’s deficient crisis-management capabilities and in alerting many to the dangers of having highly a centralised power generation and transmission supply.

The nation’s relative abandonment of nuclear determinedness has given greater scope to the reconfiguration of energy policy; it has allowed local governments to formulate progressive substitute strategies for growth and to reconsolidate intergovernmental relations in extending their powers.

Japan has shown a near-unparalleled investment in renewables, having doubled solar spending year-on-year to $6.7bn in the first quarter of 2013. Nevertheless, the shortfalls of central government since the 2011 earthquake have somewhat stifled advancements in what could have been a far more promising sector.

Mika Ohbayashi, Director of the Japan Renewable Energy Foundation, describes the unbundling of transmission and distribution as “the most important and urgent issue in the Japanese energy market”. He describes this separation process as critical to ensuring the successful market liberalisation of electricity.

This will allow renewable entrants access to the grid and loosen the grip of mainstream utility companies such as Tepco and Tokyo Electric Power – those responsible for the heavily subsidised selling of nuclear power in the past and for the often-closed nature of Japan’s national grid.

Canadian environmentalist and geneticist David Suzuki says: “There’s a huge opportunity that the government, because it is so tightly tied to the private energy sector, has refused to acknowledge.” Local governments are seen as the surest means of progression as they have fewer ties to leading utilities and have demonstrated a greater degree of mobility than central government.

The governments of Osaka, Kobe and Kyoto have recently banded together to launch an energy commission, established with the intention of spurring discourse regarding renewables and permitting new entrants access to the national grid.

Renewable shortfalls
The climate of Japan’s renewable energy sector, however, is one of unerring complexity, with a population both opposed to nuclear power and – often conversely – seeking economic stability. Having failed in its blinkered pursuit of nuclear power, the Japanese government has now diverted its attention to employing robust policies to diffuse renewable alternatives. However, despite having pioneered a series of developments – particularly in residential solar power – clean energy has fallen short of its potential. This appears to be a result of Japan’s changing government and the lessening potency of anti-nuclear rhetoric as the Fukushima disaster fades into the past.

It seems the American Nuclear Society was right when it sent a message of support in the wake of the Fukushima Daiichi disaster. “This is not the end,” their message read. “This is the beginning of a new nuclear age.” But it is with far greater reluctance that Japanese scientists recognise the truth of those words.

The potential contradiction between renewable energy and economic growth was illustrated recently, mere miles from Fukushima, when a nearby town offered a platform for locals to speak about how nuclear energy had impacted their businesses and quality of life. Toshiyuku Azaki, whose farming of apples and peaches was compromised by the radiation from Fukushima, was only able to present peach juice – his apples having been deemed by government officials too radioactive for sale. Though stripped of his livelihood, Azaki maintained nuclear energy was necessary to the Japanese economy.

“It would be good to not rely on nuclear energy,” he said. “The reality is that it may be quite difficult to shut down all power plants across Japan.” A nation wrung dry by nuclear power is being made to return to old ways by the lack of an adequate renewable replacement.

Though clean energy investment experienced a year-on-year increase of 75 percent in 2012 – 97 percent of which was solar-based – renewables are yet to surmount or even come close to the former power of nuclear. While Japan’s green sector has experienced an explosion since the nation’s break from nuclear, it’s still only equal to two nuclear plants.

Conflict of interests
Further compounding fears of Japan’s return to nuclear energy is the resurgence of the conservative, pro-nuclear Liberal Democratic Party (LDP). Whereas the previous centre-left government pledged to phase out the country’s 50 working reactors by 2040, the current party is reluctant to depart from nuclear power.

The newly elected Shinzo Abe maintains, above all else, that: “A strong economy is the source of energy for Japan. Without regaining a strong economy, there is no future for Japan.” Abe is unwilling to rule out the construction of new nuclear plants and has pledged current reactors will be restarted on the condition they pass stringent safety tests.

Of huge cost to the nation is its requirement to import energy to fill the void left by nuclear power – an issue owing more to the weakened yen than the rising prices of oil and gas. Japan’s trade deficit grew to ¥8.2trn during 2012 ($83.5bn), almost doubling the ¥4.4trn ($44.8bn) deficit of the year before.

These figures have led to growing concern over the nation’s account balance; its continued deterioration has made it almost impossible to fund Japan’s huge public debt domestically.

The immediate circumstances have led to greater flexibility regarding the nation’s reliance on nuclear power. Greater nuclear dependency is commonly cited as a means of generating economic growth and – if it wins this summer’s election for the upper house of parliament – the LDP is expected to push for the restarting of plants.

Abe’s focus appears to be on boosting business in order to advance the economy, as well as expanding the influence of those utility companies whose plants remain idle and those smaller firms whose futures reside in generating cheaper power. He looks set to introduce a period of greater inclusivity, as renewables are allowed into the notoriously closed energy sector.

Despite an enduring fear of nuclear power in Japan, the population appears more concerned with the nation’s stuttering economic growth. “Of course, the public would prefer to get rid of nuclear power, if it were economically possible,” says Toichi Tsutomu, an adviser to the Institute of Energy Economics Japan, “but people are realistic.”