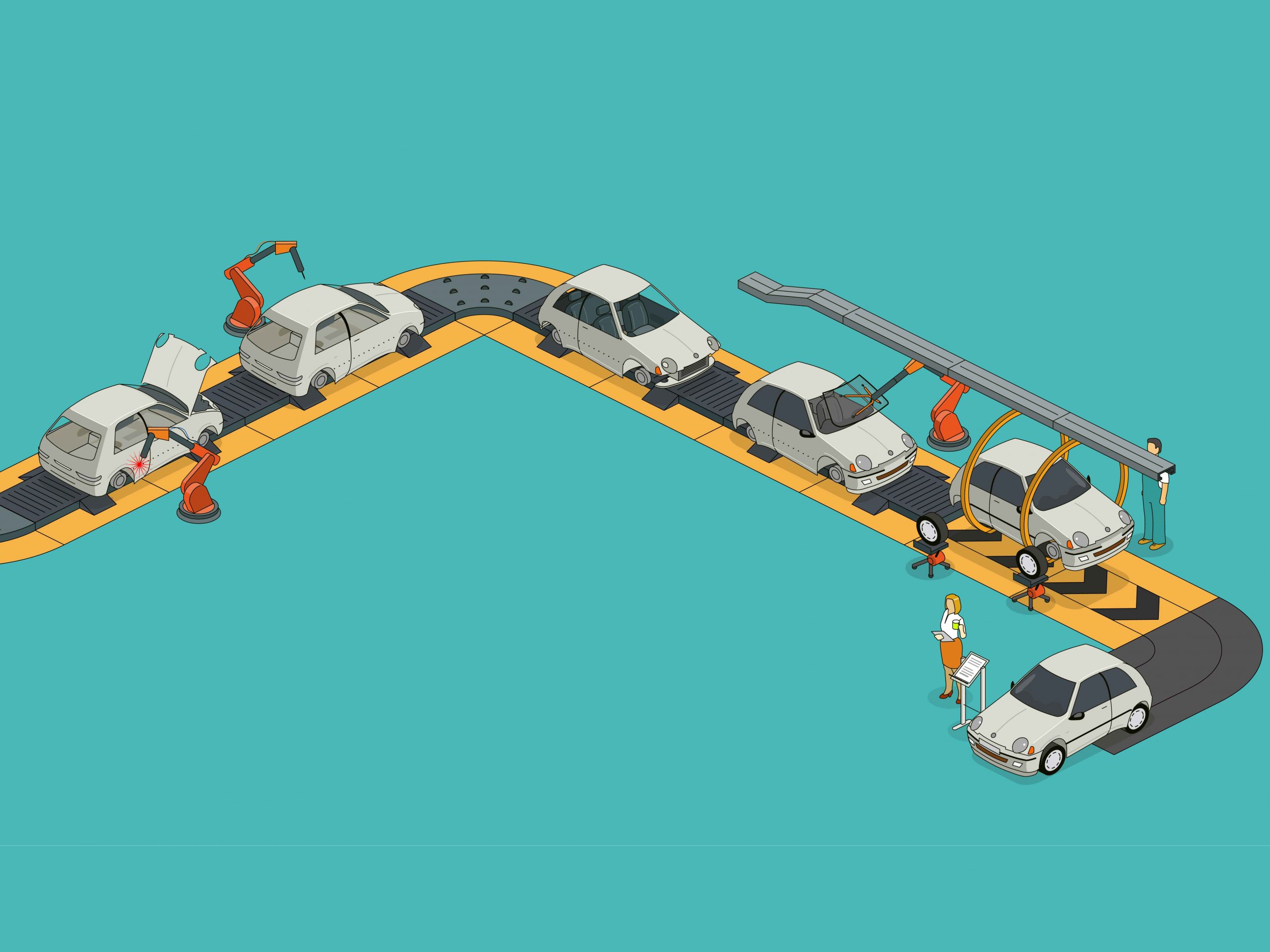 Advanced-economy firms have been pursuing investment in robots since the mid-1990s, led by the automotive industry, which can account for 50-60 percent of a country’s robot stock

As the COVID-19 pandemic escalates, the risks inherent in global supply chains are more apparent than ever. Rather than await a return to business as usual, with manufacturing activities concentrated in countries where labour is cheap and plentiful, advanced-economy companies are shifting their focus to the lowest-wage workers of all: robots.

Firms began relocating production to low-wage countries in the early 1990s, aided by the fall of the Iron Curtain, China’s global integration and eventual accession to the World Trade Organisation, and the rise of containerisation. The period between 1990 and the 2008 global financial crisis has been called an era of hyper-globalisation in which global value chains accounted for about 60 percent of global trade.

The 2008 global financial and economic crisis marked the beginning of the end of this era of hyper-globalisation. In 2011, global value chains stopped expanding. They have not grown again since.

The arithmetic of adopting robots is simple: a robot would not demand wages at all, let alone benefits like health insurance or sick leave

Rising tides
This reversal was driven by uncertainty. From 2008 to 2011, the World Uncertainty Index – constructed by Hites Ahir, Nicholas Bloom and Davide Furceri – increased by 200 percent. To compare, during the 2002-3 outbreak of severe acute respiratory syndrome, the index rose by 70 percent. After the UK voted in 2016 to leave the European Union, it surged by 250 percent.

When uncertainty rises, global value chains suffer. Based on past data, one can predict that a 300 percent increase in uncertainty – as the COVID-19 pandemic seems likely to produce at the time of The New Economy going to print – would reduce global supply chain activity by 35.4 percent. Firms no longer consider the cost savings of offshoring to be worth the risk.

Pros and cons
At a time when adopting robots is cheaper than ever, the incentive to reshore production is even stronger. The arithmetic is simple: a company in, say, the US would have to pay an American worker a lot more than, say, a Vietnamese or Bangladeshi one. But a US-based robot would not demand wages at all, let alone benefits like health insurance or sick leave.

In fact, when the 2008 crisis struck, some countries, such as Germany, already had enough robots to minimise the importance of labour costs in production. Many others, aided by the sharp post-2008 decline in interest rates relative to wages, boosted robot adoption and reshored a larger share of production.

The same is likely to happen today. Based on monetary policy so far, a 30 percent drop in interest rates can be expected as central banks try to offset the damage of the COVID-19 pandemic. Past data indicates that this could bring a 75.7 percent acceleration in robot adoption (but it will not bring an unbridled boom in robot adoption, because rising uncertainty also deters investment).

Between rising protectionism and the COVID-19 pandemic, advanced economies seem to be geared up for a manufacturing renaissance

Taking it in
This trend will be concentrated in the sectors that are most exposed to global value chains. In Germany, that means autos and transport equipment, electronics and textiles – industries that import around 12 percent of their inputs from low-wage countries. Overall, the German economy imports 6.5 percent of the inputs it uses.

Globally, the industries where the most reshoring activity is taking place are chemicals, metal products, and electrical products and electronics. The chemical industry stands out as the top reshorer in France, Germany, Italy and the US.

This trend poses a major threat to many developing countries’ growth models, which depend on low-cost manufacturing and exports of intermediate inputs. In Central and Eastern Europe, some countries have responded to this challenge by investing in robots themselves. The Czech Republic, Slovakia and Slovenia (which have large foreign-owned auto sectors) now have more robots per 10,000 workers than the US or France. And the strategy seems to be working: they remain an attractive offshoring destination for rich countries.

Low-cost manufacturing hubs in Asia may have a harder time, especially in the wake of the pandemic. China, which secured its economic rise by establishing itself at the centre of many global value chains, will face particularly serious challenges, despite its plans to shift to higher-value-added activities and boost domestic consumption.

Between rising protectionism (especially in the US under President Donald Trump) and the COVID-19 pandemic, the advanced economies seem to be geared up for a manufacturing renaissance. But while this may reduce risks for large firms, it probably will not benefit very many advanced-economy workers, let alone the developing countries from which production is being shifted. For that, governments will need to implement policies suited to this new economic order.