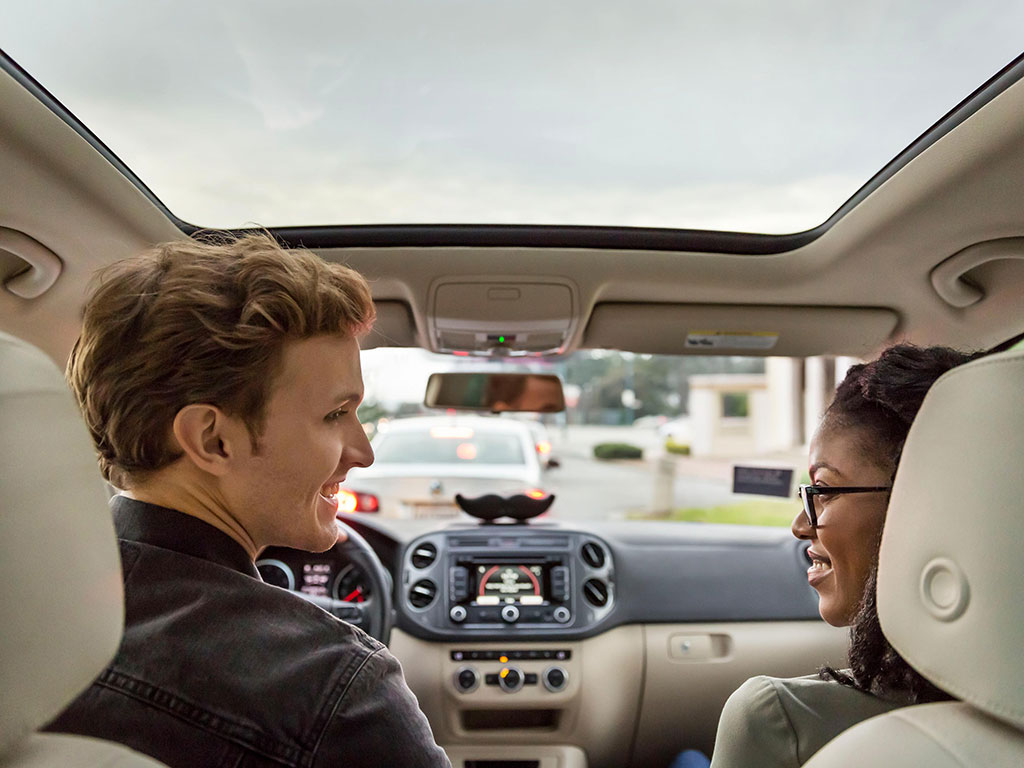 A driver gives a passenger a lift through Lyft's ridesharing service. The company's alliance with GM will make the most of the pair's respective capabilities as they enter the driverless car market

On January 4, General Motors (GM) announced its intention to invest $500m in the San Francisco-based ridesharing service Lyft with a view to jointly developing a fleet of self-driving vehicles. The funding round raises Lyft’s post-money valuation to $5.5bn, as the two companies look to tap into the future of an ever-changing personal transportation market.

“We see the future of personal mobility as connected, seamless and autonomous”, said GM President Dan Ammann in a company statement short on details. “With GM and Lyft working together, we believe we can successfully implement this vision more rapidly.” The President and Co-Founder of Lyft, John Zimmer, added: “Working with GM, Lyft will continue to unlock new transportation experiences that bring positive change to our daily lives. Together we will build a better future by redefining traditional car ownership.”

The funding round raises Lyft’s post-money valuation to $5.5bn

The partnership is important for both parties: the cash injection will give Lyft some much needed financial clout as it continues its expansion, while GM will gain a much greater insight into the ridesharing market. The rise of ridesharing services such as Uber and Lyft means young Americans are buying fewer cars, with Generation Y 29 percent less likely to buy a car than Generation X.

The GM-Lyft alliance will see the two launch an Autonomous On-Demand Network of vehicles, utilising GM’s knowledge of autonomous technology and Lyft’s broad range of ridesharing services, according to General Motors.

Already the market for driverless cars is hotting up, with car manufacturers and technology firms having made inroads already. This partnership is just one part – albeit a major one – of the automotive industry’s attempts to prevent Silicon Valley getting in on the driverless opportunity; Toyota and Ford recently called on traditional carmakers to stand up to technology firms such as Apple and Alphabet.