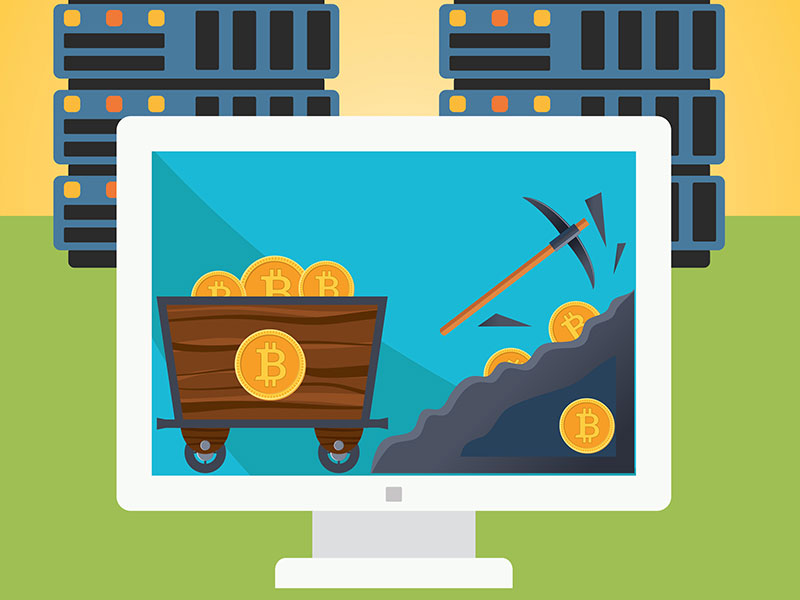 Malware, the ever-evolving scourge of business enterprises the world over, is now being used to steal devices’ computing power and secretly mine cryptocurrencies. This new threat, which is growing in popularity among nefarious actors, is known as cryptojacking.

While cryptojacking doesn’t necessarily result in data loss, it does lead to stolen resources, a rise in power bills and decreased productivity among employees whose infected devices have their performance impaired.

Cryptojacking has seen spectacular growth throughout 2018, emerging as the strategy of choice for a number of hackers. High-profile victims have included Tesla and Drupal, and it would be naive to think further attacks aren’t on the horizon.

With cryptojacking becoming a go-to, low-risk way for cybercriminals to make money, it’s important that organisations not only know how to spot it, but how to stop it, too. Here are five ways to help protect your company against the threat of cryptojacking:

Invest in cybersecurity education
Cryptojacking tends to start with phishing emails. When employees receive these dangerous messages and carelessly click the malicious links within, they unknowingly initiate a script on their devices, starting the cryptojacking process.

Through IT security training, organisations can teach their employees to identify phishing attacks, reducing the likelihood of illegitimate links being clicked. Training should also educate users on the consequences of successful phishing attacks – including cryptojacking – so they understand the importance of remaining vigilant.

Cryptojacking doesn’t cause obvious damage to an enterprise. But like a parasite, this form of attack prefers to keep its host alive to reap long-term benefits

Consider ad blocking and other tools
In addition to phishing, cryptojacking threats can be delivered through advertisements on the internet. Fortunately, there are browser extensions that block popular crypto-mining scripts.

Organisations should leverage extensions like AdBlock in order to reduce the likelihood of cryptocurrency mining.

Use strong passwords and multi-factor authentication
Cloud cryptojacking occurs when cybercriminals commandeer enterprise cloud resources and use them to mine cryptocurrencies. Hackers are constantly scouring the internet for misconfigured cloud services – especially those that do not require a password.

As such, organisations must ensure they use passwords of sufficient complexity, as well as multi-factor authentication. This will drastically reduce the likelihood of cybercriminals controlling cloud and IT assets – even if there is a credential leak.

Continuously monitor the cloud and network
As mentioned previously, cryptojacking burns through IT resources. Accordingly, one of the simplest ways to identify cryptojacking is through consistent monitoring of cloud environments.

IT teams should watch for significant changes in resource utilisation and check for unauthorised access to simple storage service buckets, a common attack vector in cryptojacking schemes.

Similarly, IT teams should leverage network monitoring tools that can review web traffic and generate alerts when they encounter suspicious activity.

Adopt complete data security solutions
Cryptojacking is not solely a threat to desktops and laptops; mobile devices such as phones and tablets are also at risk. With more and more employees bringing their own devices to work, extending security policies to mobile endpoints is critical for enterprise security.

In light of this reality, agentless solutions have emerged as the tool of choice for bring-your-own-device security. Agentless, cloud-access security brokers can govern access to data and monitor for threats like malware without requiring software to be installed on users’ personal devices. This is immensely beneficial in the fight against cryptojacking.

It’s true, cryptojacking doesn’t cause obvious, catastrophic damage to an enterprise. But like a parasite, this form of attack prefers to keep its host alive to reap long-term benefits. As such, organisations must protect themselves through a mixture of security training, vigilant watchfulness and technology. In this way, they can significantly reduce the likelihood of cryptojacking impacting their operations.