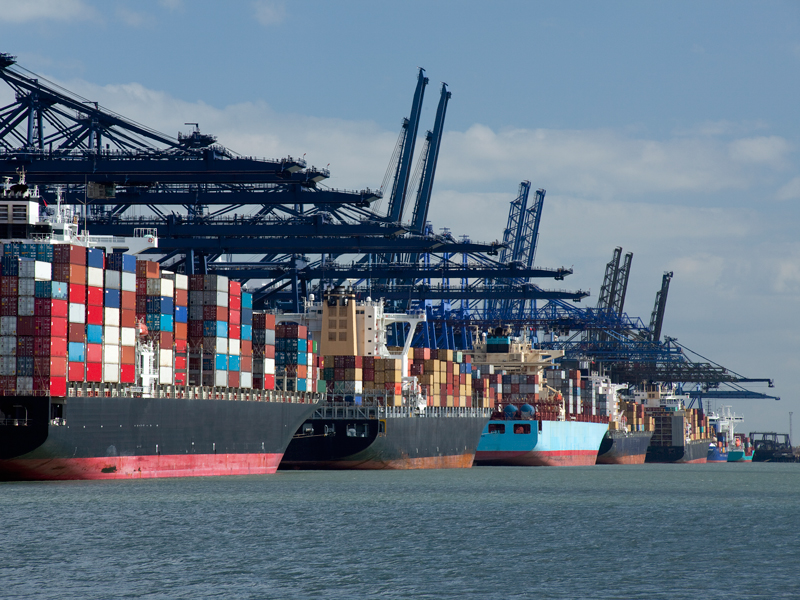 Blockchain has been a hot trend for years now, with experts marking it as a tech trend that would change the world. Almost every industry has been deemed ripe for blockchain disruption, from banking to video streaming. One sector with particularly high hopes for blockchain’s capabilities is global trade, owing to evidence that blockchain could improve the transparency and efficiency of supply chains.

A number of major players are exploring the technology’s potential. For example, Volkswagen is piloting a supply chain solution to aid the responsible sourcing of lead for its batteries, while Starbucks wants to use blockchain to track its coffee beans from farm to cup. At first glance, it would seem like the age of blockchain is finally upon us.

Despite extensive research into blockchain and a multitude of pilot studies, there remain almost no use cases for its success at scale

Many prototypes have been built, and worldwide spending on the technology is forecast to reach nearly $2.9bn this year, but widespread adoption still feels far away. In fact, Gartner predicts that 90 percent of blockchain-based supply chain initiatives will suffer ‘blockchain fatigue’ by 2023. The main reason for this, according to Gartner, is that despite extensive research into blockchain and a multitude of pilot studies, there remain almost no use cases for its success at scale. As such, organisations may have to be a lot more patient if they hope to unlock the technology’s potential.

Real-world applications
Modern supply chains, owing to their global reach, are vulnerable to fraud and misconduct. An incredible $600bn is lost to maritime fraud alone every year. Although blockchain technology doesn’t completely eliminate fraud, it does minimise the risk by permanently recording information about the product, such as its source, authenticity and sales price, on a decentralised public ledger. This makes it much harder for suppliers to fraudulently mislabel their products.

Tomaž Levak, Co-Founder and CEO of OriginTrail, believes blockchain will create greater transparency and trust between businesses. “What makes [blockchain] so revolutionary is that there is no central authority that can retroactively change data, ensuring that trust is built into the network itself,” he said.

Certain supply chains are especially in need of this level of transparency. Real-time tracking of meat and fish, for example, would provide retailers and consumers with important information regarding a product’s place of origin, how it was shipped, and its quality. Although only a pilot study, blockchain company Provenance has used its technology to trace yellowfin and skipjack tuna in Indonesia, ensuring they have been caught responsibly.

Kevin Clauson, Associate Professor at Lipscomb University’s College of Pharmacy and Health Sciences, believes the pharmaceutical supply chain is another area where the case for blockchain application is particularly strong.

Clauson told The New Economy: “Internationally, I am most optimistic about blockchain for supply chain management of medical devices since requirements around those devices are already harmonised to an extent – especially for North America and the EU. Another interesting use case of blockchain [is with the] supply chain for cannabis products in countries like Canada where there is clarity with its legal status.”

Blockchain could also help streamline supply chains by reducing administrative processes and costs. Shipping creates a huge amount of documentation, from invoices and quality control documents to customs declarations and certificates of origin. On the blockchain, these records would be stored digitally, in one place.

Technological immaturity
Blockchain is still in the infant stages of development, with relatively few engineers versed in the technology. This makes its implementation complex and expensive. “Technical issues relate to scalability and performance of underlying blockchain platforms, and ease of integration with existing systems and databases,” explained Pete Harris, Co-Founder of Chain Business Insights.

For Harris this is still not the greatest barrier to blockchain implementation: “My belief is that the technology challenges will probably be solved for most applications before the business ones.” One such business problem is the market’s fragmented nature. According to Clauson, a key value of blockchain is ‘coopetition’, which he says allows natural competitors to cooperate. This is part of the problem as much as it is a benefit of the technology. Blockchain’s applications implicate all stakeholders in the supply chain, but the blockchain ecosystem is mostly made up of disparate players working in self-interest.

“Many people are surprised that the greatest challenges with blockchain are not technical in nature, or even [to do] with scaling,” said Clauson. “Rather, it is around change management, alignment of incentives and, perhaps ironically, reaching [a] consensus among organisations seeking to work together in a ‘coopetition’ model.”

To address this fragmentation, the World Economic Forum has brought together 100 organisations as part of its blockchain supply chain initiative. This collective includes logistics companies, ports and blockchain companies, and aims to create a blueprint for future blockchain deployment.

Unclear business case
Some blockchain experts attribute the slow adoption of the technology to a fundamental lack of understanding about how blockchain could improve the supply chain. However, this knowledge gap alone doesn’t explain why the companies that have poured resources into understanding blockchain are still struggling to identify a business case.

Since the main pain points that blockchain can tackle include inefficiency, fraud and a lack of transparency, organisations need evidence that such issues are genuinely hampering their business and losing them money. For many businesses, blockchain feels like an over-complicated solution to a problem relatively low on the priority list.

“Blockchain is a new technology that is still quite hard to understand and implement, especially in terms of determining whether it is suitable for a particular application of business,” said Harris. “It has to be proven that blockchain can make a significant improvement in order to undertake the cost and effort to implement it.”

That said, Harris remains optimistic that a business case does exist. “My gut feel says in about five years time we’ll see some significant usage of blockchain in supply chains,” he told The New Economy. “IBM is already making good progress with its Food Trust service and the TradeLens venture that it has with Maersk… Businesses that are new but [have] great potential – just as the legal cannabis industry – might be an early adopter since it does not have much in the way of legacy systems, but absolutely requires supply chain traceability to meet regulatory requirements.”

Blockchain may restore trust in global trade, but it has yet to win the trust of businesses. The technology has huge potential to transform supply chains, making them more streamlined and transparent. However, until a major player can demonstrate a key competitive advantage of using blockchain, its widespread adoption may be further away than we think.