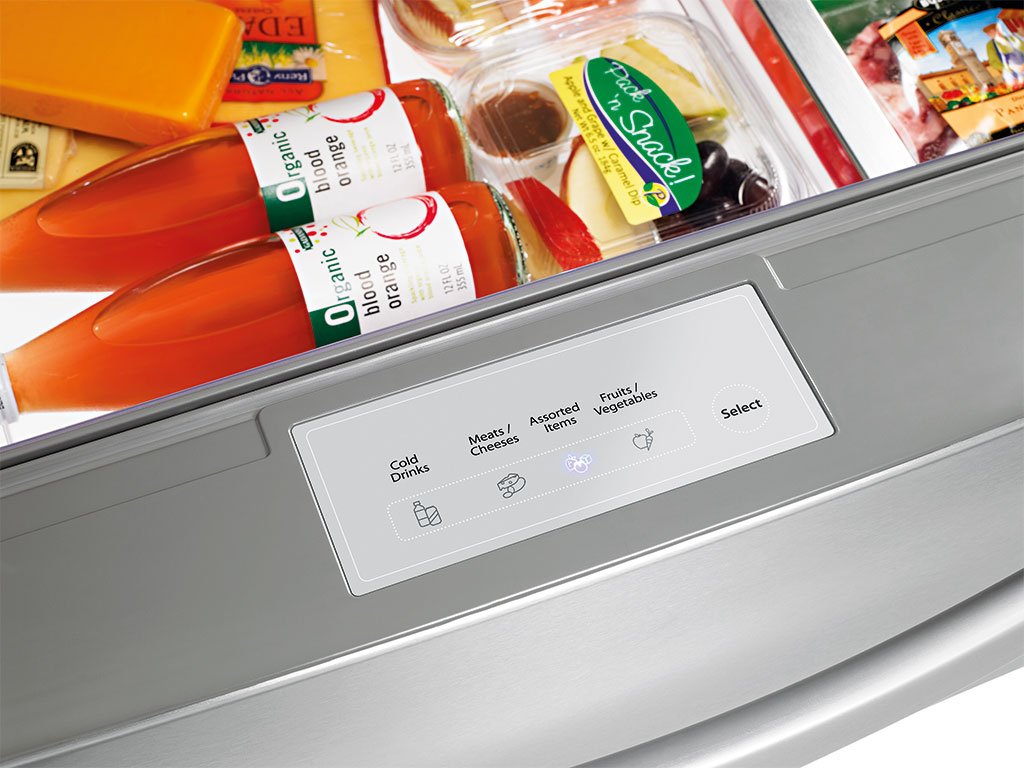 Talk of futuristic fridges has been around for some time now. In fact, it started even before the Internet of Things transformed how we view technology. Disappointingly, however, in the average home this key kitchen item remains pretty much as it has always been: a large cooling box. Sometimes it features a water and an ice cube dispenser, but very little has changed in a long stretch of years. And yet, as CES 2016 would have us believe, a shift could be in motion, involving more than just advanced refrigeration.

Imagine a fridge that notifies you when produce is going off so you can reduce waste, an induction stove embedded in a kitchen worktop that saves valuable space, or even a robot that cooks fresh meals in time for your arrival home. These may sound like props from a film set in 3016, but they are already in existence, though they naturally come with a hefty price tag. And, while these items may seem unnecessary, or even a symptom of an increasingly indolent society, they actually address several significant issues that we currently face – in the west at least.

Domestic nucleus
As indicated by the media coverage they receive, fridges inspire the most interest when it comes to technological developments in the kitchen space. As explained by Thingk Design CEO Stefano Marangoni: “They have great appeal because one of the most important and oldest needs of a human being is to gather food to survive, and the fridge is the home appliance that is closest to this ancestral need. So, it is obvious that there is a very strong, unconscious interest in all things concerning fridges.”

Imagine a fridge that notifies you when produce is going off so you can reduce waste, an induction stove embedded in a kitchen worktop that saves valuable space, or even a robot that cooks fresh meals in time for your arrival home

Of the few commercial offerings available at present, Samsung’s Family Hub is the most impressive. The aptly named device has a variety of innovative features, including a 21.5-inch touchscreen integrated into the door, which features an app that can order groceries online or stream content through a synced Samsung Smart TV. It also has cameras positioned inside to capture an image every time the door is closed, allowing owners to easily check the contents while out shopping – helpful for the forgetful among us. The Family Hub even has an option to date items, which then appear in the smart screen display in a bid to reduce wastage. Space is also considered, with the option to flip instantly from freezer mode to refrigerator mode depending on a home’s ever-changing needs.

Industry experts predict that, at $5,000, the Family Hub will not become a mainstream product, yet it does act as an important step in gauging consumer preferences. Unsurprisingly, Samsung is not alone in venturing into the field. Its biggest rival at present is LG, with the Signature fridge, which is not quite as ‘smart’, but has a number of practical features, such as a motion activated door and a censor that responds to a double knock to view what’s inside. As Whirlpool’s French Door fridge has a similar feature, it appears that promoting energy-saving consumer behaviour is a central focus in kitchen technology development.

All the gadgets
Aside from fridges and other clever upgrades to the appliances that we already use on a daily basis, a huge array of kitchen gadgets is appearing on the scene as well. This includes the Palate Smart Grill, which cooks food to the ideal temperature and notifies users when it is ready through their smartphone – it will even keep the dish warm if there is an unexpected delay. There are gadgets now to measure the nutrition levels of ingredients, independently grow micro-herbs, or let you know when milk is spoiling. There are also those that simply make current tasks more efficient while taking up less space, such as the GKILO, a dual timer and kitchen scale. “Resting on one side, the LED numbers act as a scale, displaying the weight of any objects placed on it”, Marangoni explained. “Flip the GKILO over, and the lights will display the current countdown. Using simple hand motions, users can easily reset the scale or adjust the timer.”

Things become a whole lot more Jetsonian with the likes of Sereneti Kitchen’s Cooki, a robotic chef that can cook entire meals from scratch with perfectly
timed precision.

“The technology is a pod system where you can insert trays of fresh ingredients that are protected by a refreshing system. It is then able to add each ingredient at the right time and at the right temperature”, explained the company’s CEO, Timothy Chen. “It’s really a program language; you can synthesise it to figure out how you’re going to be able to make good food, perfectly, every time. That’s cooking; there’s an art to it, just like playing music, and it can get you great results, so-so results or very bad results.”

By drastically cutting down the time it takes to cook, in addition to elevating the quality of the results, Sereneti hopes more people may be tempted into the kitchen, as opposed to resorting to junk food.

Worktops are another huge area in which innovators are working to improve the way we cook and eat at home. At CES 2016, Whirlpool gave attendees the opportunity to explore the company’s vision for the kitchen of the future through a virtual reality experience. With items such as a ‘smart cooktop’ that interacts with pots and pans to heat and cook food anywhere a vessel is placed, while offering up recipes based on what’s available in the pantry, there is a heavy focus on making cooking more efficient, reducing both the amount of space and number of items needed.

Societal afflictions
Some argue this technology is a product of a sedentary 21st century lifestyle, but is making cooking easier and more efficient really such a bad thing? With the rate of diabetes, heart disease and other diet-related illnesses rapidly rising, it cannot be denied that society is suffering from the effects of mass-produced and processed food. “People’s lives are getting busier and busier, and we believe that with the ‘having it now’ type of economy, people tend to gravitate towards less healthy, frozen meals that are full of preservatives and salt – we believe that these people can eat better”, Chen said. And, as research by the Food and Agriculture Organisation shows, fast food habits are now infiltrating developing markets as well.

Bucking this trend is perhaps the most critical benefit futuristic kitchens can offer, as encouraging more people to return to the kitchen by inspiring and helping them to cook fresh meals from scratch is increasingly urgent in the modern age. Moreover, technology presents ways this can be achieved in much less time than it currently takes, which is crucial as a lack of free time is a major reason people turn to unhealthy fast food in the first place. Less time spent in the kitchen, while still achieving healthy meals, is the Holy Grail for this type of technology – and we are on the cusp of grasping it once and for all.

It could be argued space-age kitchens are not a crucial use of technology or money. And yet, we all hope to live in a civilisation that focuses on improvement, both self and societal, and one vital thread of that evolution is the preparation of food, which ultimately frees up time for the other important things in life.