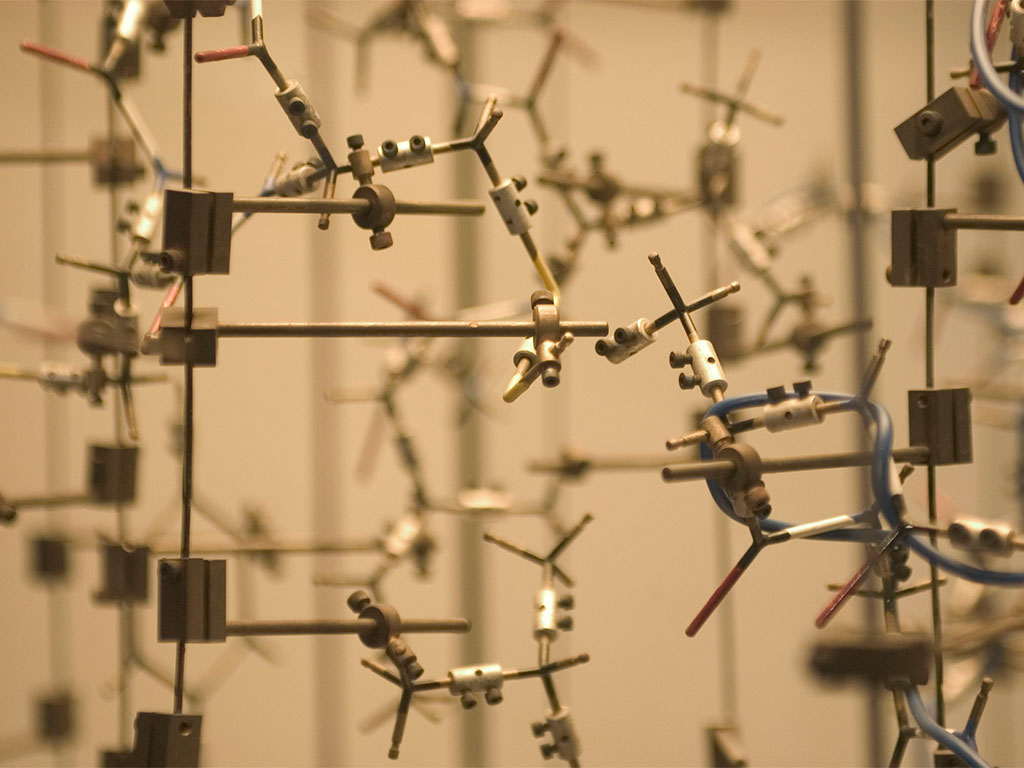 The molecular structure of zinc. The prize-winning development can work at a molecular level

Sir Fraser Stoddart, Jean-Pierre Sauvage and Bernard Feringa have been awarded the Nobel Prize in Chemistry for creating the world’s smallest machines. So small are the structures that they are around one thousand times slimmer than a strand of hair, and work on a molecular scale.

The trio won the £727,000 prize for their success in linking molecules together to design and build a miniscule lift, tiny artificial muscles and minute motors. The molecules developed by the team have controllable movements, meaning that they can perform tasks when energy is applied.

“The 2016 Nobel Laureates in Chemistry have miniaturised machines and taken chemistry to a new dimension”, read the press release published on the official website of the Nobel Prize.

Sauvage took the first steps towards this incredible achievement in 1983, when he successfully linked a pair of circular molecules to form a chain – or catenane. Instead of sharing a covalent bond, which is usually how molecules are linked, they were connected by a mechanical bond. This development thus allowed both molecules to move relative to one another, which is how machines are able to perform tasks.

Then, in 1991, Stoddart developed a rotaxane, demonstrating that a molecular ring could move along a molecular axle. This work formed the bases of the design and construction of the molecular lift, muscle and computer chip that the three went on to create.

Another breakthrough was made in 1999, when Feringa became the first person in the world to create a molecular motor. He achieved this astonishing feat by making a molecular rotor blade spin continuously in a uniform direction. He then went on to design a nanocar in 2011. The press release likened Feringa’s development of the molecular motor to that of the electric motor in the 1830s; an innovation that would go on to create countless machines and equipment that we now interact with and rely upon daily.

Stoddart, Sauvage and Feringa were given the most prestigious prize in chemistry not only because of how astonishing their innovations are, but because the possibilities of molecular machines could herald a new era in science, technology and medicine. To take just one exciting example, theoretically, such tiny structures could enter the human body to dispense medicines directly to cancerous cells from within.