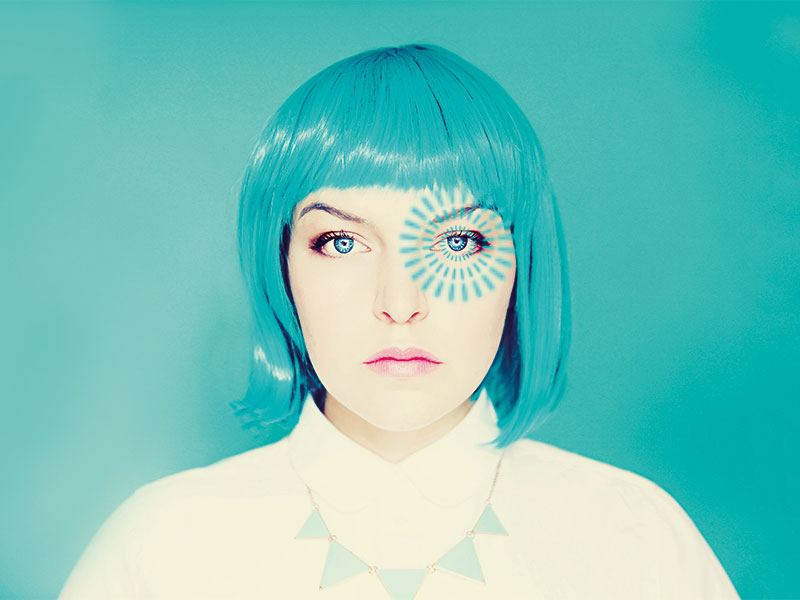 Man-machines may become commonplace in the future, as humans unite with robots in a desperate bid for survival

From 1927’s Metropolis to 2015’s Ex Machina, doomsday scenarios for artificial intelligence have been a silver screen favourite for decades. In these nightmarish worlds, advanced robots supersede humans as the dominant form of intelligent life, with catastrophic consequences. Human enslavement, experimentation and eradication are frequent tropes in these sci-fi futures, with our robot overlords rarely showing mercy to their human creators.

However, as AI takeover scenarios continue to fascinate moviegoers, a growing number of industry experts have begun to voice concerns over the real-world development of AI technology. “Success in creating AI would be the biggest event in human history”, wrote Stephen Hawking for The Independent. “It might also be the last, unless we learn how to avoid the risks.” With Hawking giving voice to the growing concerns within some segments of the scientific community, the relationship between man and machine has never been so fraught.

Rise of the robots
In 1993, sci-fi writer Vernor Vinge published The Coming Technological Singularity, an influential essay credited with popularising the titular term. The ‘technological singularity’, as theorised by Vinge and his peers, is the point in time at which robots become self-sufficient, and are thus able to independently upgrade themselves. This would, theoretically, lead to a runaway cycle of self-improvement, resulting in superintelligence that outshines human thought.

In a future dominated by AI, some are warning there will only be one way for humans to stay relevant: merging with machines

In the years since the essay’s publication, the world has hurtled towards that singularity. Real-world AI first came to public prominence in 1997, when IBM supercomputer Deep Blue made history by beating reigning world chess champion Garry Kasparov under tournament conditions. For AI sceptics, this proved a machine could indeed think both logically and strategically, effectively emulating human thought processes. “I had played a lot of computers but had never experienced anything like this”, Kasparov later said in an essay for Time. “I could feel – I could smell – a new kind of intelligence across the table.”

Having conquered the world of chess, AI programmers turned their attention to the ancient Chinese board game Go. Capable of producing more possible outcomes than there are atoms in the visible universe, Go is far more complex than chess. In March 2016, Google’s DeepMind achieved an AI milestone when its supercomputer beat Go world champion Lee Sedol at the 3,000-year-old game. Prior to the monumental victory, experts confidently declared it would take at least another decade for AI to catch up with human players. With DeepMind outsmarting Sedol, however, it appears machine intelligence is advancing faster than previously anticipated.

Man machine
In a future dominated by AI, some are warning there will only be one way for humans to stay relevant: merging with machines. In March, serial entrepreneur Elon Musk launched Neuralink, a venture aimed at fusing the human brain with advanced computing. The start-up is focused on creating a ‘neural lace’, which, when fitted over the brain, would give the wearer improved cognitive function and high-speed computing abilities.

As Musk gets to work on his radical new device, some scholars argue AI is already on its way to becoming the next step in the human evolutionary process. For evidence of a blossoming fusion of biology and technology, we need look no further than online dating websites, where AI algorithms are rapidly shaping human pairing and reproduction habits. In the flesh realm, meanwhile, advances in genetic engineering are prompting intense ethical debate. In April 2015, Chinese researchers broke new ground by creating the world’s first genetically modified embryo, raising the prospect of fully lab-based reproduction.

With technology beginning to alter the very fabric of life itself, the human era could be fast approaching its end; it falls to us in the present to lay the framework for the future, if for no other reason than to ensure the end of our species is due to evolution, not destruction.