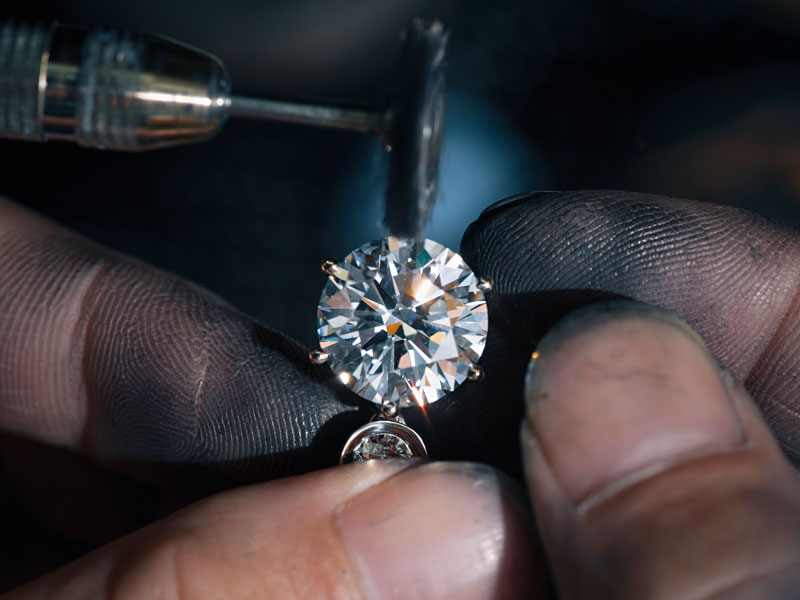 In July, after six years of consulting with the industry, the FTC made a number of changes to its jewellery guidelines, including expanding its definition of diamonds to include synthetic diamonds grown in a lab

The Millennial generation has been blamed for causing the demise of many an industry, but the diamond market is one that can make this claim with some confidence. Compared with previous generations, Millennials have a very different relationship to both money and marriage – two pillars of the $80bn mined-diamond industry.

But with sales of the precious gemstones slowing, Millennials are not the only culprits: the advancement of laboratory-grown diamonds is changing the sector for good.

In July, after six years of consulting with the industry, the US Federal Trade Commission (FTC) made a number of changes to its jewellery guidelines, including expanding its definition of ‘diamond’ to include synthetic diamonds grown in a lab.

“Technological advances have made it possible to create diamonds in a laboratory,” the FTC said. “These stones have essentially the same optical, physical and chemical properties as mined diamonds. Thus, they are diamonds.” The agency simply eliminated the word ‘natural’ from its 1956 definition of a diamond as a “natural mineral consisting essentially of pure carbon crystallised in the isometric system”.

An ethical solution
Diamond Foundry claims to be America’s number one man-made diamond producer. Established in 2013, the Silicon-Valley-based company boasts actor and environmental activist Leonardo DiCaprio among its investors. “I’m proud to invest in Diamond Foundry – cultivating real diamonds in America without the human and environmental toll of mining,” reads a quote on DiCaprio’s official Facebook page.

Diamond Foundry’s own website states: “Just like ice from a freezer is as real as ice from a winter street, a diamond is a diamond regardless of origin.”

The Diamond Producers Association, an alliance of seven of the largest diamond miners, naturally disagreed with the FTC’s move to alter the definition of what constitutes a diamond.

Its CEO, Jean-Marc Lieberherr, told The New Economy: “A natural diamond is a billion-year-old precious stone, inherently rare and valuable… The true value of a diamond cannot be replicated in a lab.”

However, one of its members, industry stalwart De Beers – the very company responsible for creating the slogan ‘a diamond is forever’ and making a diamond ring essential to any proposal – recently announced it was dipping its toe into the synthetic diamond sector.

Significantly, lab-grown diamonds are guaranteed to be produced in a socially responsible way. Blood diamonds, or those that fuel wars and human rights abuses, are notoriously difficult to trace through the supply chain.

One way miners are trying to solve the traceability issue is by using blockchain technology. A secure ledger would track each diamond from the time it is unearthed to when it is placed in the customer’s hand.

De Beers is working on a platform that it hopes will become an industry standard. However, even if blockchain technology was used to ensure the ethical origin of natural diamonds, their synthetic counterparts still have a much lower environmental impact and cost less to produce.

Shifting perceptions
Although lab-grown diamonds make up less than one percent of the market for rough diamonds, Morgan Stanley predicts the synthetic variety could account for 7.5 percent by 2020.

Man-made diamonds are nothing new. The practice dates as far back as the 1950s, although the process then was very time consuming, expensive and unpredictable. Now, Diamond Foundry can whip up a crystal clear jewel in just two weeks.

Importantly, interest in these stones is finally starting to grow. A study by MVI Marketing found Millennial consumers are increasingly interested in lab-grown diamonds. In a survey of more than 1,000 US consumers, 70 percent said they would consider a lab-grown diamond engagement ring, up 13 percentage points from the previous year.

The changing dynamics of the market could topple an industry that was built around the perception of ever-lasting value and prominence. Even if the market for mined diamonds remains, it is clear our understanding of what a diamond is has changed forever.