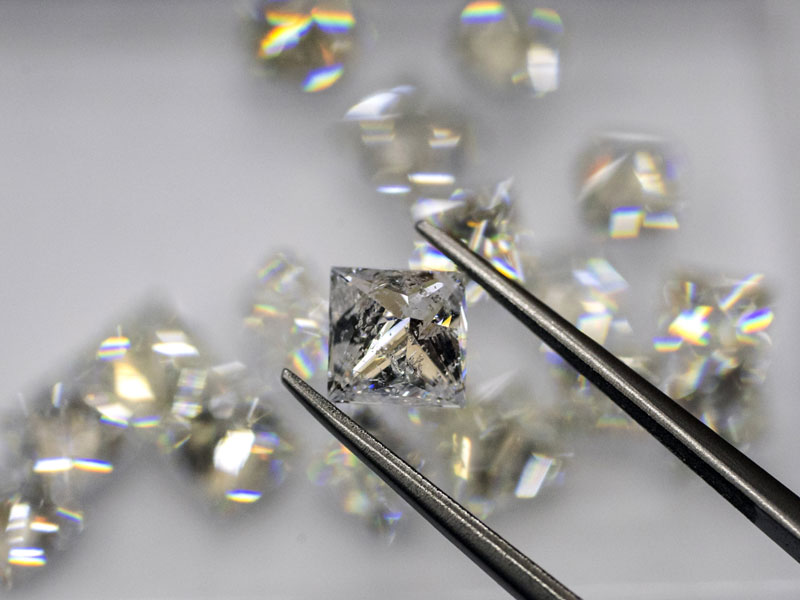 With blockchain technology, the origin of diamonds can be more accurately traced. The hope is that this will put an end to the illegal mining of diamonds

Diamond records are forever, or at least they will be. De Beers, the company that has historically dominated the global diamond market, announced its progress in introducing blockchain technology to its operations. The technology will be able to trace the origin of diamonds through its value chain.

This is a significant development in the diamond industry and has the potential to transform public perceptions of the entire sector.

Blockchain, which found fame as the technology underpinning cryptocurrencies, is a platform that allows for a permanent, traceable and incorruptible record of transactions of an item from its origin all the way to its final recipient.

The system works by producing a digital record of a transaction, called a block, that has to be verified by the other participants in the network. Once verified, the block is placed on the chain of blocks, which details the item’s entire history. The more participants there are in the blockchain system, the stronger its verification mechanism is.

Conflict diamonds have historically made up a small part of the global diamond supply, but the industry has come under fire for not seeming incentivised to cut them out altogether

Bringing blockchain to the real world
Blockchain has traditionally been used for digital products, but its potential with physical products is substantial as items can be given a unique reference to track their every move.

With gemstones, features like blemishes can be logged and used for identification, making them even easier to trace than other physical assets with less permanent attributes.

The challenge lies in making sure the information on the blockchain accurately reflects reality, that is, that the unique digital references represent real stones, and that changes appearing on the system actually take place in real life.

“Ensuring the integrity of the information that gets recorded onto a blockchain is important,” said Hilary Carter, Director of Research at the Blockchain Research Institute.

“The information is only as good as the integrity of the players all throughout the chain. But it does allow for a higher level of accountability because one of the features of blockchain technology is immutability.

“The fact that records are permanent, that you cannot reverse transactions, means that we all have to endeavour to transact in a more accurate way.”

No more blood
The diamond industry’s image has long been plagued by the spectre of blood diamonds. This refers to diamonds that have been mined illicitly but make their way into legitimate supply chains and consequently fund the violent groups that control mines.

For decades, this has cast a shadow over the industry, causing consumers to worry about the path their diamond has taken to reach them.

Conflict diamonds have historically made up a small part of the global diamond supply, but the industry has come under fire for not seeming incentivised to cut them out altogether. Blockchain would inject a sense of integrity that would change that perception and represent a marketing coup for the industry.

“The system is designed to prevent against fraudulent activity,” Carter said. “There is just a natural disincentive for bad actors to engage on a blockchain when it comes down to supply chain management and provenance of goods.

“If you know that there is no opportunity to change the record, then the record has a higher chance of being done right the first time.”

A new diamond standard
The potential advantages of blockchain for the wider diamond industry, which generated $80bn in consumer sales in 2016, extend well beyond just consumer confidence. Some business costs would fall as parts of the existing verification mechanisms, such as paper-based certification systems, become redundant.

This would also minimise the threat of document forgery, a particularly necessary development considering the synthetic diamond market’s growth. The industry would further benefit from the higher barriers to entry associated with the high fixed costs and logistical challenges of having the system to catalogue vast diamond inventories.

Adopting blockchain is a natural evolution for the diamond industry. The change will streamline clerical and record-keeping functions but, more importantly, it will cultivate a degree of trust that has long been missing from the industry.